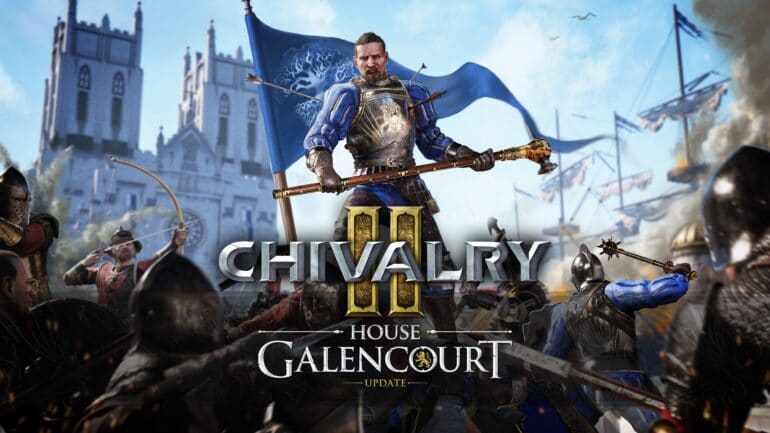 The launch of the first free content update for the game is available today on PC via Epic Games Store, PlayStation 4, PS5, Xbox One, and Xbox Series X/S. The free House Galencourt update introduces two new maps, a brand-new gameplay mode, and the return of the popular arrow camera feature from the original game. There are also over 60 new customization options now.

“Chivalry 2 at launch was just the foundation and was intentionally built to be extended” said Torn Banner Studios CEO & Creative Director Steve Piggott. “Today’s update is just the first step in our continued commitment to double the size and scope of Chivalry 2 for free. We hope players enjoy it!”