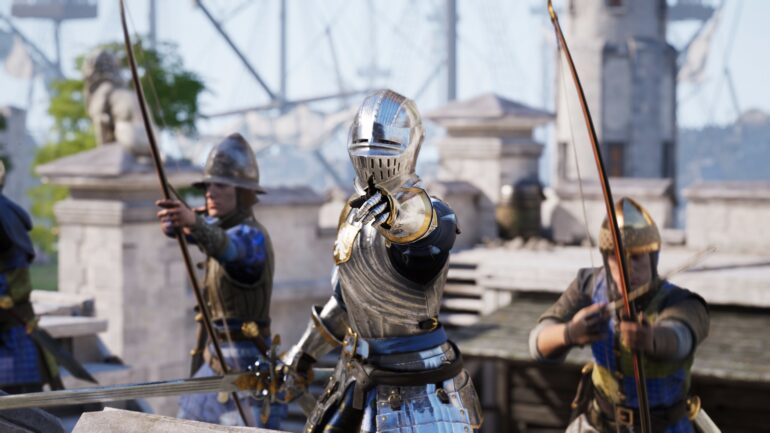 Since its launch, Chivalry 2 has gained over 1 million sales with cross-play support on PC via Epic Games Store, the PlayStation 4 and PS5, and Xbox One and Xbox Series X/S. This is a big milestone for the publisher, Tripwire Presents, as it is its first million-unit selling title. This is also the top for Torn Banner’s fastest selling title in its history.

After the release of House Galencourt update, the sales have been increasing. It is just the first of the many planned free content updates for the game with two new maps, a new 3-vs-3 gameplay mode, the return of the popular arrow camera feature, over 60 customization options, and more.

It was also revealed that since launch, Chivalry 2 players have been playing the game for over 8 million hours and over 420 million combatants got killed in battle. The most popular subclass among players is the Officer and the most popular weapon is the Messer.

Torn Banner Studios President Steve Piggott is impressed with Chivalry 2 even if it just launched a little way back in June. It has already gotten over a million people across five platforms. He thinks that this game has a much more potential to grow.

Tripwire CEO John Gibson stated that they are celebrating the milestone of the game, which is selling over one million units in just less than two months. They are amazed by the response from the critics and players alike. He also said that the team “is already hard at work on more great free content and adding highly requested features such as cross-platform parties.”

Chivalry 2 is a multiplayer first-person slasher video game that was inspired by medieval movie battles. This sequel now has improved combat system that combines real-time strikes and a free-flowing combo system. It combines the best of FPS and fighting game genres. It is now currently priced at $39.99 for the Standard Edition and $49. 99 for the Special Edition.