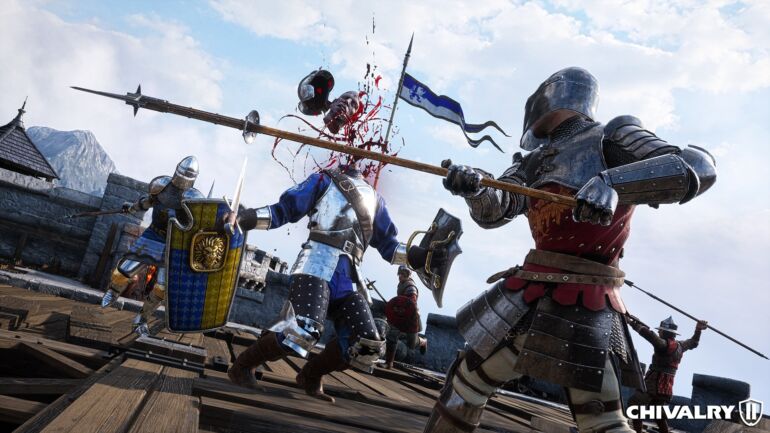 The official release date of the upcoming video game is June 8 and it will support Cross-Play for PC via Epic Games Store, PlayStation 4, PS5, Xbox One, and Xbox Series X/S.

PC players have the advantage of getting to try the game out by pre-ordering the game. They have guaranteed access to Chivalry 2 Cross-Play Closed Beta event starting March 26.

The Digital pre-orders are already live for PC for both the standard edition and the Chivalry 2: Special Edition. The prior costs $39.99 while the latter can be purchased for $49.99 only. There will be more news on the availability of console pre-orders later on.

Getting the pre-order for standard edition in both digital and retail gives players the Royal Zwehander weapon skin. The Special Edition for digital pre-order can get them lots of special additions like the Agatha Jousting Knight Armor and Royal Broadsword, the Mason Jousting Knight Armor, the Gold Horseman’s Axe, the Roses Novelty item, and more. Both editions in digital version can guarantee access to the upcoming closed beta.

The schedule for the closed beta of Chivalry 2 will start on March 26 until March 29 for PC, PS4, PS5, Xbox One, and Xbox Series X/S. This will also support cross-play gameplay.