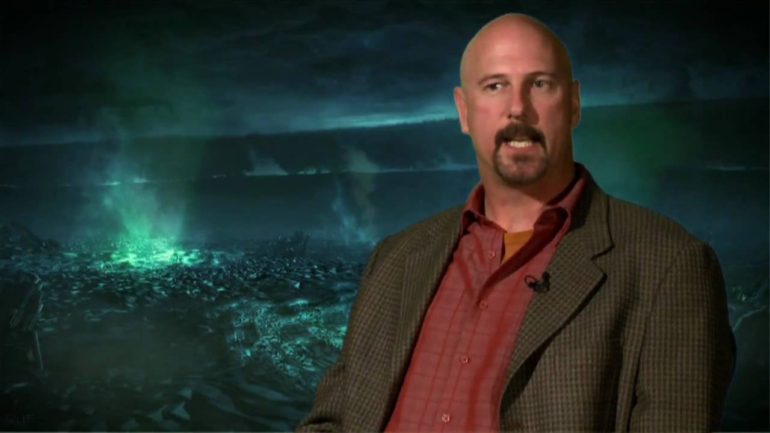 The Command & Conquer franchise will always be a part of the gaming community especially those born in the mid-90s to early 2000s where the RTS genre was very popular back then. Many gamers would feel nostalgic remembering the different titles under this big franchise like Red Alert, Tiberian Sun, Yuri’s Revenge, and so many more.

One of the most iconic characters that would grace the full motion videos (FMV) in several games in the franchise was Kane, the leader of the ancient and secretive Brotherhood of Nod. He was created and portrayed by Joseph D. Kucan, one of the original voice talents for Westwood Studios. He became a big part of the franchise’s development as the years went by.

Kucan recently talked with gaming publication GameReactor about old memories when they were filming some scenes for Tiberian Sun.

The actor revealed that when they filmed for Tiberian Sun they did not have a full sound stage and a full concrete floor green screen. The team had to improvise, which was why they shot it in an upstairs studio in a rented business suite. The green screen was a poster board that was rolled out. The next revelation was the fun part.

And you couldn’t really move, not only could you not move the camera but you couldn’t really move your actors because as we moved across the floor it would bounce because we were upstairs, so the floor would kind of bounce with us […] so any kind of movement was translated not just to the camera but to the screen because the backgrounds would move around.

There were some FMVs uploaded on YouTube by the developers Petroyglyph and Lemon Sky Studios, which reminded Kucan about the challenges the old development team encountered and how they got to this point. These were challenges that they needed to overcome in order to produce what they managed to complete in the end.

When asked if Kucan was interested in reprising his role as Kane, he was really enthusiastic about it. He would even reprise all of the character roles in the game, which was a joke, but yes, he really wants to do Kane again.

Command & Conquer Remastered Collection will be coming to PC on June 5.