A new depth of warfare with Emergent storyline and Cinematic battles. 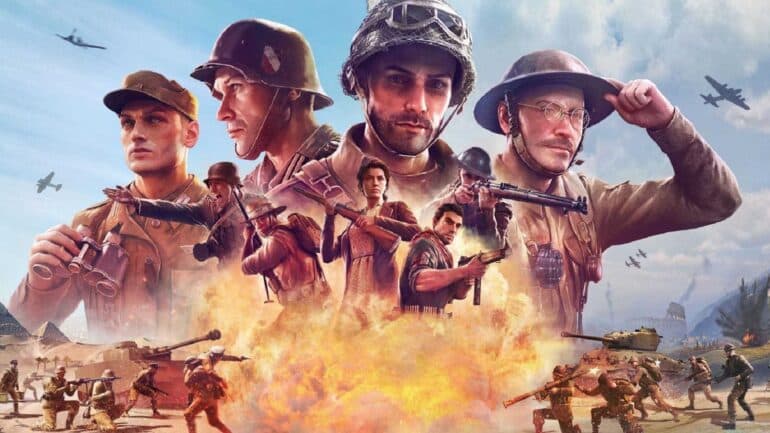 One of Relic’s most ambitious projects to date, Company of Heroes 3 will be a massive leap forward from anything the company has previously delivered. At least, that is what the developers of Company of Heroes 3 want you to believe by introducing dazzling new gameplay and mechanics as well as a great deal of commotion when portraying the game’s warfare.

During my time playing the Multiplayer Pre-Alpha campaign, the quality of graphics and Cinematic Warfare struck me hard, and all I can say is that, it’s gorgeous. There is a significant unexplored story potential in this game’s Mediterranean theatre, which is, as the devs always say, “underrepresented” in games and other World War II media.

At least on the usual difficulty setting, the new gameplay features in Company of Heroes 3 aren’t very demanding. Rather, the way some game design components are introduced and then controlled can leave you perplexed as to how best to tackle a specific circumstance. For the most part, you’re left to figure out how to use troop abilities and basic ideas like grouping squads for better unit management.

Maps now have a far greater degree of verticality, making the interactions between troops at various altitudes much more significant. A brand-new demolition feature from Relic lets players knock down bell towers, destroy structures, and reshape the surrounding area. Nearby units are now at risk from falling debris and crumbling buildings. As such, new tactical possibilities can be achieved by destroying buildings, allowing players to carve out new areas for cover.

New forms of heavy armored warfare and reinforcement camps round out the list of noteworthy additions. I had the opportunity to try on a variety of armor in the brief time I had available during the game. Especially tanks, which are savages in their own right, and CoH3 made them a pleasure to use.

Tanks may be used as troop carriers thanks to the tank-riding mechanic. Believe me, your soldiers can ride on top of the tanks! This helps you to keep your troops cohesive and moving at a consistent pace. And for those who don’t want to risk their heavy weapons getting blown up in the process of moving across the battlefield, you can use towing to attach heavy weapons to vehicles.

One of the few things that haven’t changed dramatically in terms of tactical combat is RTS. Since its launch, Company of Heroes has maintained a long legacy of excellent tactical warfare. Small, subtle adjustments have been made here, and the most notable is the introduction of easier-to-use breaching mechanics for clearing out buildings.

The game’s strategic appeal is mostly due to the game’s ease of mobility. Squads can be kept safe, camped under fire, until their opponents try to flank them or bring in bigger guns if they stick to their orders and adhere to them. Brilliantly, this means that time itself does not drive the player to act, but an enemy’s actions and threat eventually will.

Overall, I was pleased with my initial impressions. There was enough content in the demo itself to warrant multiple replays. The fact that I was able to play the war in a number of diverse ways gave me a great deal of satisfaction. Nevertheless, despite the years gone by, Company of Heroes has not lost any of its prominence, and its war-torn cinematic military gameplays continue to wow. The newly added content is incredible, but the game’s visuals are starting to pose a risk of outshining the gameplay, particularly in the campaign’s hyper-realistic simulation of world war II.

Company of Heroes 3 will be released on PC (via Steam) on November 18, 2022. In the meantime, you can get some fantastic additional stuff at launch by pre-ordering the game through the official website.