Company of Heroes 3 Coming to Consoles 2023

The console edition comes with various tweaks and additions! 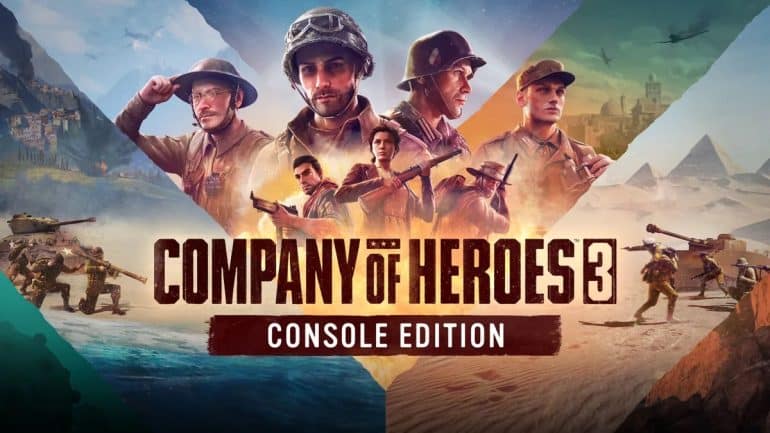 SEGA have a little surprise for their fans: Company of Heroes 3 is coming to Xbox and PlayStation consoles.

Built from the Ground Up

While many might be wondering since the Company of Heroes has always been played with a PC’s mouse and keyboard, Company of Heroes 3 Console Edition is quite different. It has been built from the ground up with a console in mind with a wide array of new features. It is designed to make the gameplay smoother on a console with a controller.

A new feature has been added called the Full Tactical Pause. It allows players to pause the game for a few seconds and let them play at their own pace. Here’s what Game Designer Andy Fedorchuk has to say about it.

“RTS games are complex by nature,” he said. “The challenge was giving players easy access to the tools they’d expect to have. How can we best set people up to perform the core actions of RTS gameplay easily?”

While in Full Tactical Pause, players can analyze the battlefield for opportunities and threats then they can issue commands to their troops. They can easily make a worse situation an opportunity to turn the tide on their enemies and possibly survive for another day.

To make this game work for console players, Relic Entertainment has made a lot of changes and among them is the new radial menu. It allows players to easily select a unit’s command.

“Getting the controller layout in a good spot was a lot of playtesting and iteration on what felt like it HAD to be there,” says Fedorchuk. “We thought a lot about what actions players would be making most frequently, and set up units of different types to have their most commonly used actions readily available. It’s a bit like trying to predict future actions.”

The user interface has been reworked too to make it more comfortable for console players. The command card at the bottom of the screen on the console edition has been removed since there is no mouse to individually select commands.

The left trigger is now the replacement for the command card as it pulls up the command wheel. Players only need to press it and then push the thumbstick in the right direction.

Various changes are also coming to the console edition and will be revealed at a later time.

Company of Heroes Console Edition launches on Xbox Series X/S and PS5 in 2023. Buy the game here for Xbox and wishlist it here on PS5.