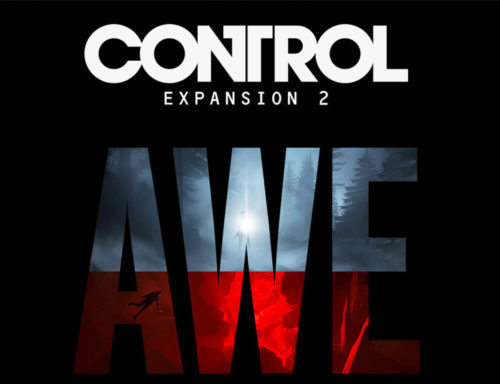 Jesse Faden has come a long way since her days of being a runaway. Faden’s come to terms with what’s become of her brother, Dylan Faden. More importantly, she’s accepted the fact that she’s now the director of the Bureau. But some things never change. Even as the director of FBC, she’s still cleaning up the bureau’s messes. Just another day on the job for Director Jesse Faden.

Control: AWE is the second downloadable expansion for Control. The expansion sees Jesse Faden respond to the calls of one Alan Wake, a person under investigation for an AWE or Altered World Event. Wake’s voice guides Faden to the abandoned Investigations Sector. There, she confirms the presence of the Hiss and something far more dangerous.

AWE introduces us to the darkness. A concept far too familiar with veterans of the Alan Wake series. While in the darkness, Faden slowly loses her powers. It is only by shining light does the shadows retreat. Partway through our first major obstacle, we are also introduced to the Shaded individual, Dr. Hartman. The monster is sensitive to light and will retreat once the area is filled with light. And thus starts this cat and mouse affair with Faden lighting up every corner of the sector, leaving Hartman no place to hide.

What I really like about the DLC is the fact that it remains true to the Control experience. Sure, they added shadows as a new wrinkle, and I’ll get to that in a moment. The entire length of the DLC feels like a chapter in the main game. For starters, there is an anomaly that needs taking care of. Faden having to navigate 3 wings, encountering shadow based puzzles along the way. She also goes back to the Oceanview Motel to have a ‘chat’ with Alan Wake. And finally, there are a couple of altered items that need sorting – the train and the mailbox.

Finally, there’s the prisoner. In typical Control fashion, he sends Faden to look for something he’s lost. And if there’s anything Faden’s learned during her time as Director of the Bureau, is that you don’t decline requests from something that can potentially distort reality.

As for additions to the game, there is an old arcade cabinet altered item that the staff once used to transport themselves into a pocket dimension that closely resembles the offices. In that machine, the player chooses between 2 game modes – Deadline and Crowd Control. Deadline is a time attack minigame against Hiss agents and Crowd Control is a survival minigame. But that doesn’t stop there.

To my surprise, the DLC brought in a new resource. With that resource, I found out that there’s a new weapon in the game – the Surge Construct. The Surge shoots out sticky bombs that attach to surfaces and enemies. Pressing the trigger again detonates the bombs. A new weapon for Control is far overdue at this point. Furthermore, there’s the multi-launch ability. It’s a new power that allows Faden to launch multiple chunks of the map to the enemy’s face. No one’s going to complain about having more stopping power.

Now, this is the part of the article where I lay out all the things that don’t go over well with me. Fortunately, the game’s so solid that all I’m left with are minor complaints and nit-picks.

From where I’m at with the game, I can firmly say that the shadow mechanic is underutilized. Outside of the main interactions with Dr. Hartman, the darkness is used as a janitor mission, joining the ranks of fungus extermination and plant restoration. You see, patches of darkness remain hidden in the sector. And someone’s got to burn the rest of them out. Enough said, right?

Another minor issue is the fact that this bit of DLC is essentially a teaser for the next game in the series. When you take away all the familiar parts that make up the bulk of the DLC, there’s nothing really new here besides Dr. Hartman. I was expecting to encounter Shaded individuals at any point. I was already using telekinesis to levitate mobile floodlights to clear shadows. But I guess you can’t use your powers and aim the service weapon at the same time. It’s not like Wake figured out a way to do just that, huh? Not to take away from the amount of content. It is substantial, albeit copy-pasted.

Control: AWE is fine enough send-off for Control. It might not be the bookend many were expecting but it’s still a solid addition to the base game. If voice lines are anything to base off of, it’s that Faden is not only feeling comfortable with her job, she’s actually enjoying it. She’s even taking the initiative and started to throw promotions around. Naturally, no one wants to be head of a Sector full of skeletons… maybe after a little bit of clean up.

AWE may be a teaser for the next game in the series, but that would be disregarding the fact that the contents of the DLC are very well put together. In any case, we got a taste of what a Control game would be like when it enters the realm of Cauldron Lake. I, for one, can’t wait for what’s next in the story of Allan Wake and the Federal Bureau of Control.

Control: AWE – Review
Score Definition
When the issues of a game are rolled and stomped by its greatness, then it’s something to invest on if you have some spare time.
Pros
More of the same core Control gameplay
The addition of the new Investigations Sector
New weapon construct and ability
Cons
Shadow mechanic, underutilized
Only new enemy added was Dr. Hartman
Basically a preview for the next game in the series
8
Great