Corruption Cluster Fortnite: Where to Find and How to Destroy

How to Destroy Corruption Cluster and Corruption Fragments in Fortnite 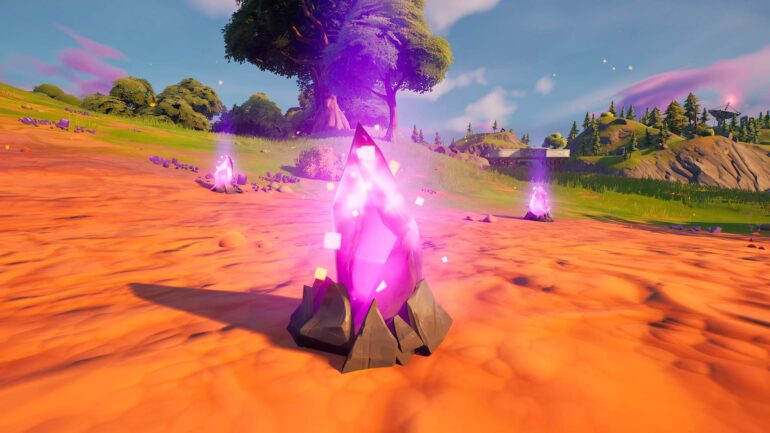 Tis the season for spookiness as Fortnite’s Fortnitemare even is upon us. This time we’re going to be tackling a quest that will have us talking to our dear old friend, Dark Jonesy. Dark Jonesy has lost his vision, so he will have us players do a few things for him with one of them being to try and find Corruption Fragments and destroy the Corruption Cluster. Doing so will unlock the Cube Cruiser Glider, which is a rideable unfolded Cube.

In order to find the Corruption Fragments, players will need to check the quest in the menu and then they’ll be able to see three locations highlighted by the map with exclamation points (!). These three locations surround the area of the previous quest which required players to “Touch a Cube”.

Where to find Corruption Fragments in Fortnite? The three areas the player can check out are:

Players will some purple glowing crystals things growing out of the ground.

How to Destroy the Corruption Cluster in Fortnite

The crystals can easily be destroyed by using the melee weapon but the crystals will keep popping back up as soon as you destroy them. Keep attacking them and eventually, they’ll turn into purple looking roots on the ground called a Corruption Cluster. As soon the players destroy the cluster, the quest will be complete and will be awarded 2,900 XP.

The quest may seem to be bugged as it takes a while for the Cluster to pop out but players just need to be patient until it comes out.

Now we move on to the final part of Dark Jonesy’s questline.

Check out our other guides for Fortnite: