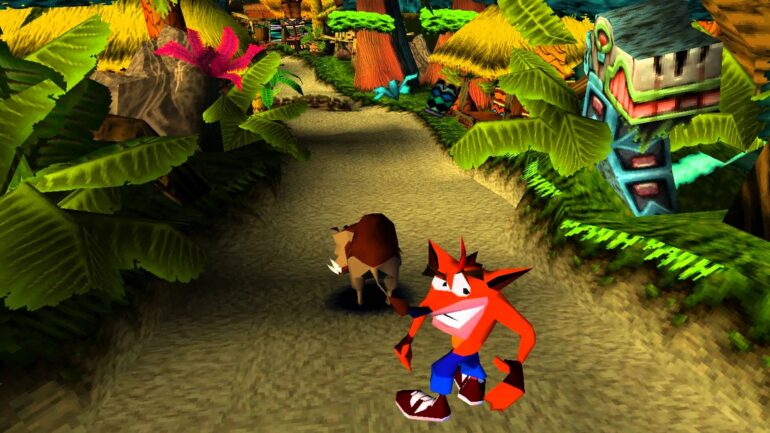 Remember in 1996 when Sony wanted to compete with Nintendo’s successful game changer Super Mario 64? That Mario game was a blast, at that time Nintendo was on lead. With Super Mario 64 changing the game industry, Sony tried to make a game that can surpass its competitors, and so they hired an independent developer, Naughty Dog, which was founded by Andy Gavin and Jason Rubin.

With the help of Mark Cerny, a long time American designer and producer, he convinced the both to make a platformer that can fully exploit the 3D capabilities of Sony’s first PlayStation. And thus a legend was born, an eastern bandicoot wearing blue shorts and a pair of sneakers. Yeah, that was cool before. 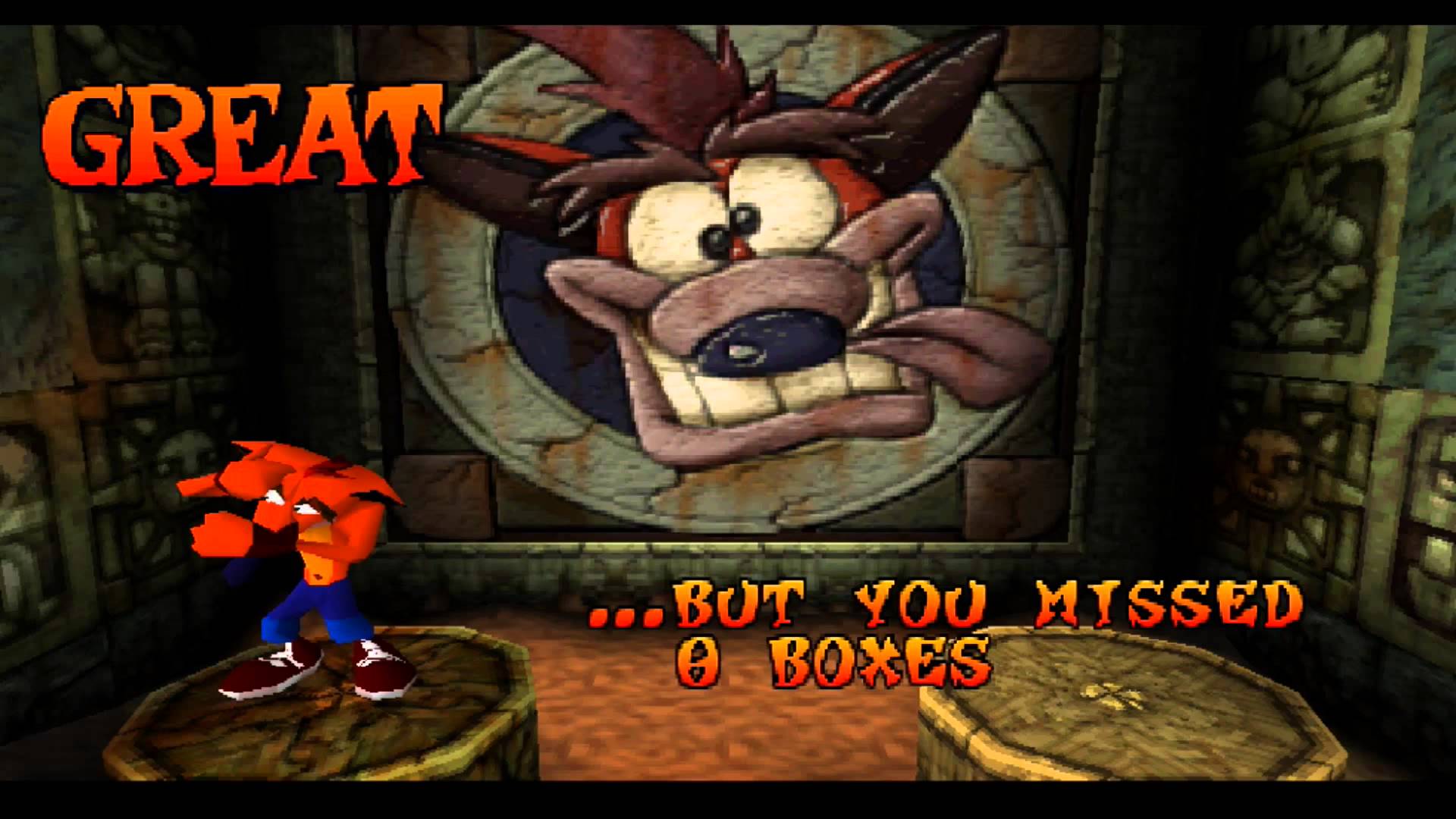 Crash Bandicoot was born. Crash was created by a mad scientist named Dr. Neo Cortex who wanted to dominate the whole world by creating genetically enhanced animals to be his servants. But in the middle of development, Crash escapes leaving his girlfriend behind, jumped outside the window and got washed away ashore. Crash then woke up on an island named Sanity Island. It’s an island full of mysteries, dangerous obstacles, traps, giant bears, man-eating plant and vicious animals. His mission is to save his girlfriend from the evil Dr. Neo Cortex. Yep, a damsel in distress needed to be saved again.

Before getting to Dr. Cortex, you must face his other genetically-enhanced animals. The boss fights are fun but you must be focused in defeating all of them because they’re quite difficult to beat. You’re encouraged to plan ahead on how you go about defeating these bosses. With jumping and spinning as your moves, well, good luck with that.

Now, it won’t be easy because Crash must go through all the obstacles found in the island. With his limited abilities, which are jumping and spinning. Yes, there will be alot of jumping and spinning in the game. As Crash progresses, he will encounter a lot of Wumpa fruits. When players collect 100 of these fruits, players are granted with additional health. Wumpa fruits are found on the ground while some are found in different kinds of boxes. Some of these boxes are dangerous while some are like trampolines to help you get the unreachable Wumpas. Finding a Witch Doctor Mask also helps Crash to become invincible making him immune to damage. Hmmm kinda familiar…

Also, Crash Bandicoot delivers additional perks when players when they avoid getting damaged by enemies — gems. Crash Bandicoot is not an easy game to be honest, some courses are nearly impossible to finish especially the ones with flooded areas – I hate them. Also, the hog riding was fun but it’s also hard because you can’t control its speed. However, it’s not a bad thing for platformer games because it gives you that sense of achievement when you finish the stage. Another concern that I want to point out is that this game is rated for everyone. I don’t think that a gamer at the age of 3+ can finish it with its current difficulty. 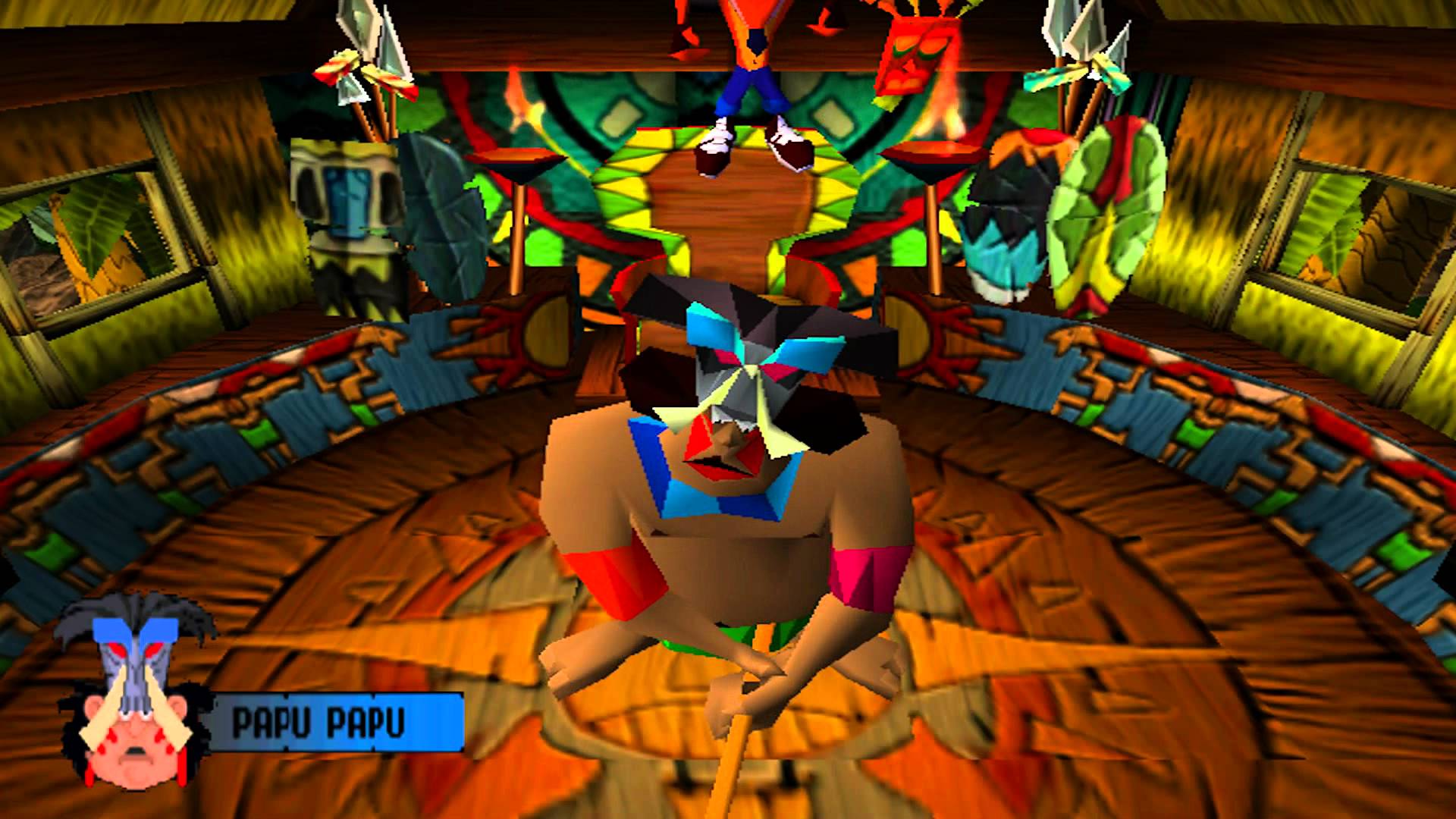 Visually, the game looks okay, and the most common colors found in this game were green and brown. However, it’s not a bad idea since the environment is mostly a jungle with a base. The design matches with the upbeat tribal music that sets the mood in the game

The level design is too linear, you just need to avoid your enemies and try to not fall in cliffs. As Crash progresses, levels become more difficult. You can also tell the similarities on the previous level. Unlike Spyro‘s level design, you can roam around the area to find secrets and treasures.

Crash Bandicoot didn’t really succeed in competing against Super Mario 64. But this Crash installment opened the door for a legendary franchise. With its better and successful sequels, this game is still the one to be remembered by all because of the impact it gave to us gamers. As an owner of a PS1 and all the way to PS4, the issue of who’s the real mascot of the PlayStation, in my opinion, Crash is still my number 1 mascot and icon for PlayStation. Crash Bandicoot made me a gamer and I will be forever grateful.