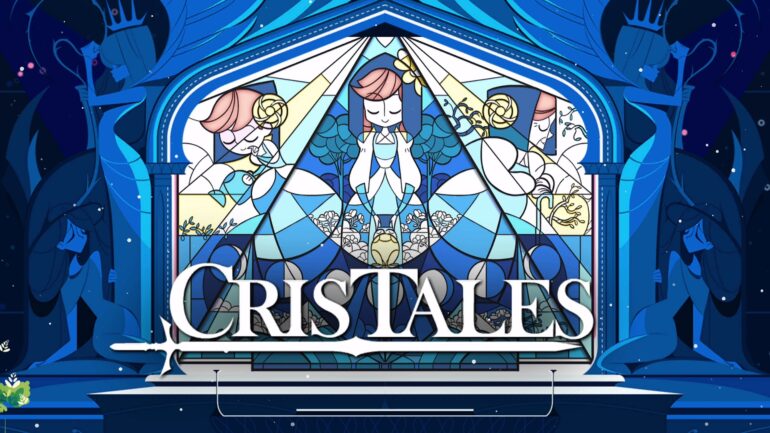 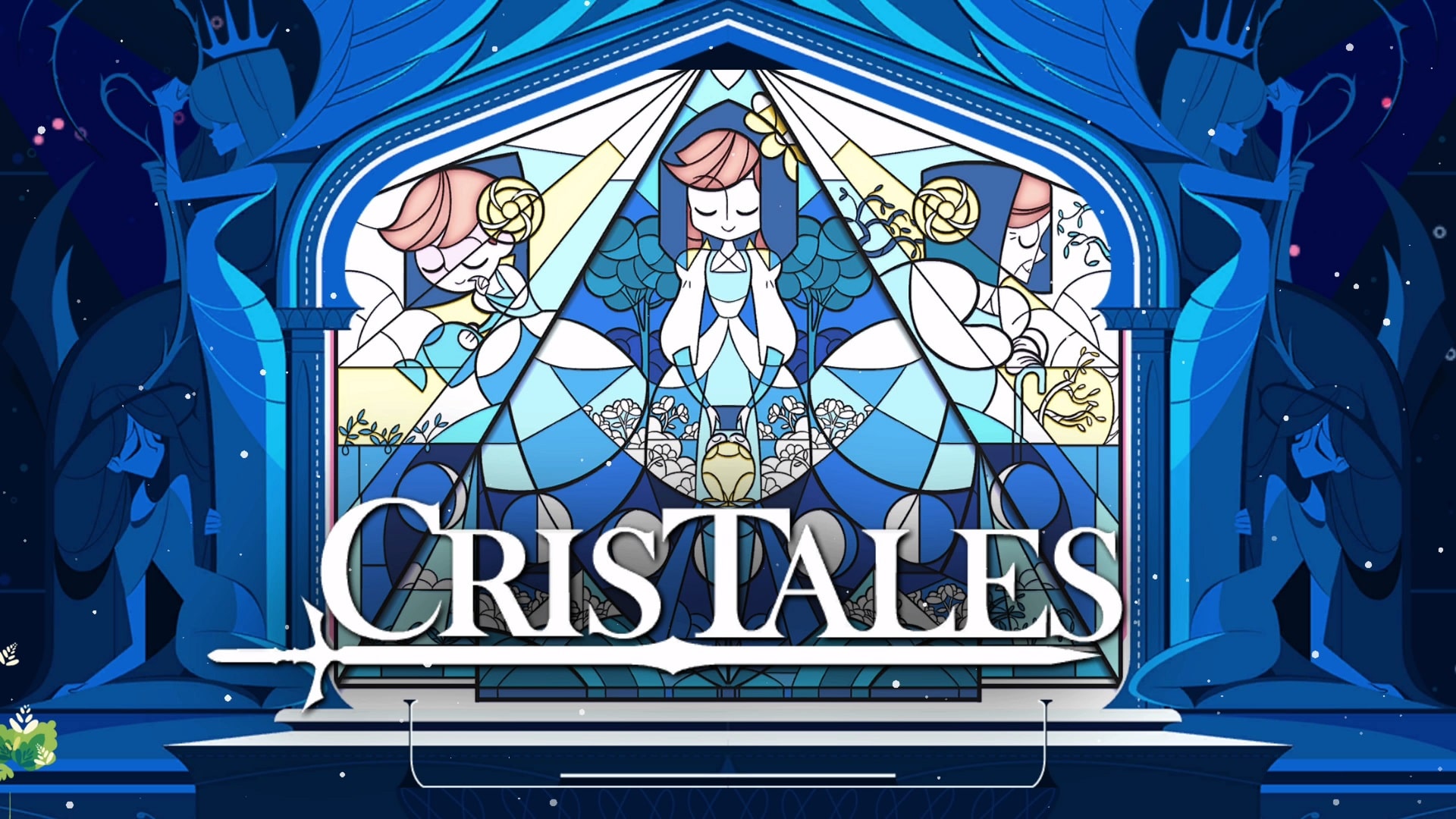 There is a wonderful feeling that happens when you’re playing a video game and you can tell that the developers poured so much love and creativity into the final product. I got into JRPGs fairly late in my youth and am still working my way through a few classics but I have seen enough to recognize how much care the developers of Cris Tales took to make something that proudly reflects JRPGs of old with some new twists. However, I can’t say that they always hit the mark. Developed by Dreams Uncorporated and SYCK, Cris Tales is a love letter to classic JRPGs that has a lot of exceptional ideas and a fun cast of characters but holds itself back from achieving true greatness.

Cris Tales opens with a bold and striking art style. It is truly nothing short of gorgeous. Not since Gris have I truly looked at a game and just wanted to get lost in the beautiful artwork, and Cris Tales accomplished just that. Every backdrop pops with Colombian inspired architecture featuring a palette of colors that are vibrant yet easy on the eyes. The hand-drawn character models absolutely steal the show and I found myself often playing the game not necessarily for the combat or story but simply because I was excited to see what the next enemy or location would look like. Accompanying these stunning visuals is a wonderful soundtrack composed by Tyson Wenil. Classic JRPG fans will feel right at home with Wenil’s compositions as he fills out the already pleasant world with intoxicating melodies.

The game’s story revolves around Crisbell, an orphan girl who discovers her powers as a Time Mage upon meeting Matias, a time-traveling frog who enjoys wearing a top hat and bow tie. Crisbell’s time powers allow her to see the past, present, and future simultaneously. To accomplish this mechanic the game splits the screen into three parts; the left side of your screen will show you the past, the center is the present and the right is the future. Your decisions as Crisbell in the past and present are reflected throughout the world making a compelling case for completing every side quest.

How could you not help the street musician that you can see turned to a life of crime in the future, or help the well-off family in the present but are starving in the future?

Most of these quests rely on tough decision-making as there are not enough resources to help everyone in the world. You’ll see yourself constantly reflecting upon moral quandaries in these quests. Cris Tales’ time travel mechanic influences the entire game meaning that decisions made in both side quests and main quests will have ramifications throughout the story. I enjoyed how nothing was ever inconsequential, my decisions in the game truly carried weight.

Throughout the game, Crisbell meets a motley crew of interesting and well-written characters all with their own personal struggles. Willhelm is a haggard time mage that has been alone and frozen as a child in his own personal timeline. Cristopher is from a broken family and seeking to avenge his dead brother. JKR-721 is an android seeking its place in the world. Zas is a cat person with a seemingly endless assortment of bombs and hammers in her little green bag. Together they must travel the four kingdoms to help Crisbell become strong enough to defeat the Time Empress who is hellbent on destroying the world.

This all might sound like a bog-standard JRPG story and, admittedly, it is. However, where Cris Tales shines is in the journey and not the destination. Slowly the dynamic between the party comes together and the overarching story about building their newly found rag-tag family is the strongest part of the narrative. Not to mention that every kingdom features its own self-contained story with narratives involving inequality, greed, and corruption. While the main villain was always the looming threat, it’s the smaller stories that were far more compelling to me. Some characters do end up being pretty one-note and a few side characters were forgettable, but Cris Tales still manages to create a great narrative with themes of family that permeate the story which I love to see.

Combat in Cris Tales has a lot of great concepts and has a good start but ultimately feels like a lot of wasted potential. Combat relies on a turn-based system, per classic JRPG standard, and incorporates the time crystal mechanic where enemies on your right can be sent to the future and enemies on your left can be sent to the past. There are some smart concepts to play with here and each party member’s loadout uniquely compliments Crisbell’s time crystal mechanic. For example, you can use Cristopher’s water spell on a shielded enemy and send them into the future, rusting their defenses in the process. You could also use Willhelm’s spells to poison an enemy and send them into the future and receive the entirety of the poison damage at once.

Piecing together how each party member can interact with the time crystals is a great mechanic but the time crystals are also a double-edged sword. Enemy stats change based on whether you send them to the past or future and what exactly will happen isn’t known unless you give it a try.

Thought you could send a goblin into the future and simply mow down an old man? Nope, this goblin is now a battle-hardened veteran in the prime of his life.

This guessing game in the first few hours becomes very frustrating very quickly. Sending an enemy into the future and accidentally making them stronger means you have burned a turn, taking more damage than you would have otherwise, and will burn another turn to undo your mistake. Cris Tales really wants you to experiment with the combat mechanics but the punishment for making a wrong decision is intense. Naturally, players will start to play more conservatively but enemies have a multitude of ways they will punish you for that which makes combat very difficult and every encounter ends up being a very serious one, at least at the beginning of the game.

Additionally, combat features a timing-specific active element akin to Yakuza: Like a Dragon wherein pressing a button at just the right time will deal extra damage or block an enemy attack. This feature always felt a bit clunky to me as enemy attack animations are more drawn out than the hero’s attacks and certain enemies remain static, firing only spells, meaning that you can never truly find the correct timing to get a proper parry or dodge.

The reason I say that combat feels like a lot of wasted potential is because Cris Tales never actually lives up to the number of possibilities that it presents to you at the start. On paper, there seemed to be many options available and a myriad of ways to approach combat, but in practice, it never worked out that way. Beyond the first few spell and time crystal combinations with a new party member, Cris Tales never does anything new with its concepts. Willhelm, Cristopher, Zas, and JKR-721 will reuse the same most-optimal spells and attacks in combination with Crisbell’s to defeat most enemies. You’ll learn some new skills along the way but not all of them end up being useful, Crisbell’s time abilities in particular don’t feel useful as the party develops and everyone’s skills get stronger, making one-turn payoffs better than long-term strategizing.

Once the growing pains at the beginning of the game settle, the combat is actually fairly simple and repetitive until the end of the 40 hour-long campaign. Overall, it’s still an enjoyable combat system reminiscent of classic JRPGs but the repetition and regression on its unique concepts hold it back from being a more memorable experience.

Cris Tales is a game that was crafted with a lot of love and passion for its predecessors. The artwork is pure eye candy, the music is just right and the characters are a joy. Sure the main storyline might be a bit derivative and the combat ended up being more repetitive than I would have liked but I couldn’t help but see myself being taken in by the unique time-traveling mechanics, decision-based quests, and charming story.

Cris Tales – Review
Score Definition
We tell you, it’s a good game! It’s not average! It might have some problems here and there, but you have to admit it is a “Good” game.
Pros
Gorgeous art style
Great cast of characters
Charming story
Sense of agency in the world
Cons
High difficulty at the start
Repetitive combat
Clunky timing based systems
7.5
Good