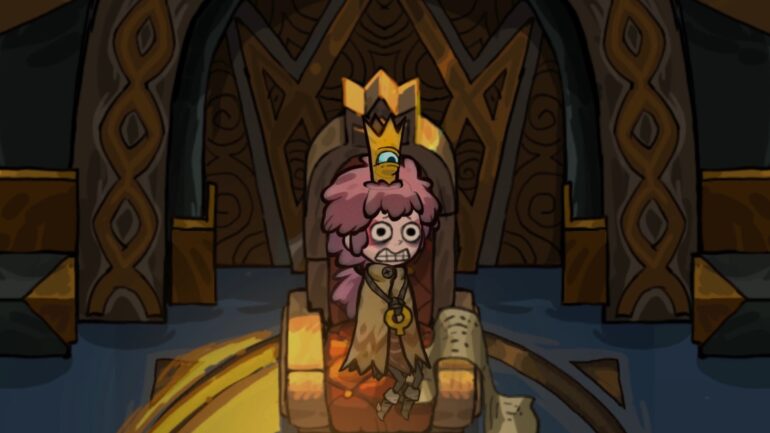 Game developer NExT Studios and publisher Team17 has announced that the adventure RPG roguelike Crown Trick is now available on PC and Nintendo Switch.

Players will be joining protagonist Elle on a perilous journey through the procedurally-generated dungeons of the Nightmare Realm. It will feature eye-catching, hand-painted visual style, a unique-turned, based, synchronous mechanics, traps, and more. The important key element here in this game is to have strategic thinking in order to overcome and escape the dangerous labyrinthine dungeon of the Nightmare Realm.

A clear strategy is key to successfully overcoming the Nightmare Realm, whether exploring its many rooms and corridors, or fighting some of the 100 monsters that players may encounter on their deadly run. Crown Trick’s synchronous gameplay means players have the choice to stop and assess the situation at any time, setting the dungeon in motion only when they move. Players can also use skills, Familiars, and weapons, and combine them in a multitude of ways for devastating results, while the procedurally generated dungeons ensure each run is unique and engaging.

Our ambition for Crown Trick was to make an engaging roguelike that revolved around a compelling, strategic, synchronous turn-based system, and we have absolutely delivered on that. Combined with Team17’s support and experience in bringing games successfully to release and acclaim, today represents an important day for NExT Studios as we launch Crown Trick onto PC and Nintendo Switch. We’re looking forward to seeing how everybody runs the dungeon and tries to escape the challenges of the Nightmare Realm.

Crown Trick is available to buy right now on Steam and Nintendo Switch.