In a city full of violence and poverty, how can so many expect dreams to flourish? This is the question that was left on my mind as I saw the new trailer for Cyberpunk 2077.

Prominent gang violence, districts turned into warzones, and robbing a store in broad daylight in the middle of a busy street, I have to wonder why people even stay inside the “worst city of America.” The trailer left a lot on my mind to think about this upcoming game that everyone’s excited for and I have to say that I’m also caught up in the frenzy. 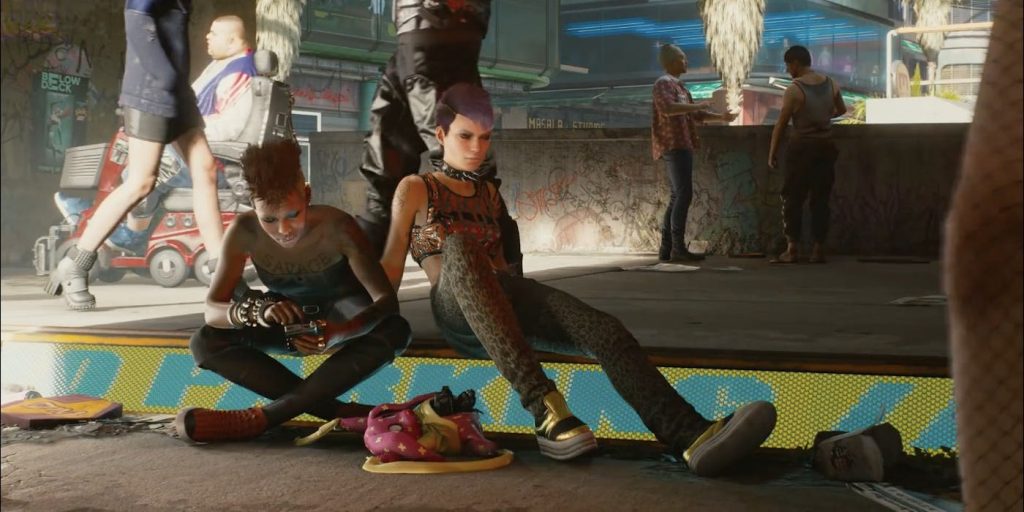 “The Worst City of America”

The concept of cyberpunk settings have always fascinated me, and Cyberpunk 2077 is no exception. In this high tech, low life world I got the impression that people in the setting were quite apathetic. One such moment in the trailer that really stuck with me was how two punks was harassing a guy in a train with everyone just minding their own business. It really goes to show just how used these citizens are to this kind of display everyday.

When I got the news that players can customize and create their own character for this world, I got really excited. Creating a character is much like creating our own avatar to experience that world by proxy. I can only hope that our created character won’t be an empty shell for us to walk around in and actually allows us to interact with the world in a meaningful way.

And I was surprised to hear that the trailer apparently had a secret message in store for the fans. If you pause the trailer quick enough, you’re greeted with a personal message from CD Projekt Red themselves answering a few more questions about the game.

I’m really excited to get my hands on this game. Part of me fears that this might be another Grand Theft Auto clone but set in the future. While another part of me greatly wants to see what kind of world CD Projekt Red has in store for us after the Witcher 3 ended.

Speaking of Witcher 3, there has been some rumors that I’m really hoping is true. The popular rumor that Ciri will be appearing in Cyberpunk 2077 which will make sense due to her ability to travel between different worlds. She’s even had a discussion with Geralt on what fans are speculating to be the world of Cyberpunk 2077.

With so much discussion online about this game, it’s almost impossible to avoid it. The hype for this game can even rival that of Death Stranding’s. I can only wish that the hype doesn’t disappoint.