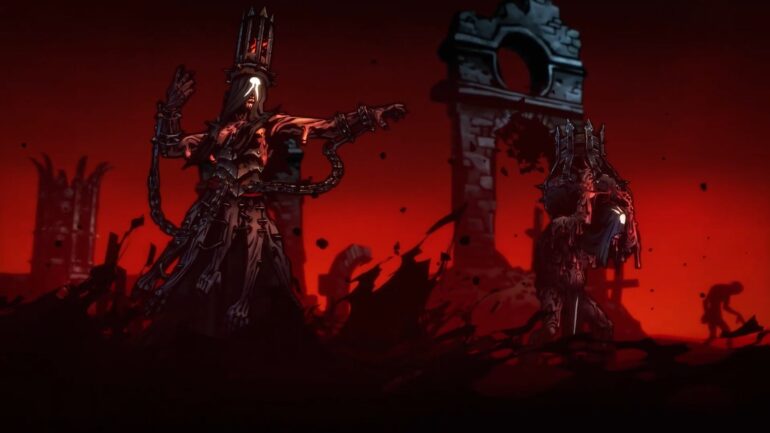 The upcoming sequel to the cult classic Darkest Dungeon, the indie roguelike turn-based RPG hit of 2015, will soon have us delving back into the darkness that will challenge our sanity. After more than five years, we’ll finally be able to check out Darkest Dungeon 2, so let’s take a look at what we know so far about it.

The ending of Darkest Dungeon has us the heir realizing that we can’t end the nightmare that is the Old God, we will forever be locked in a loop as we keep feeding the Heart of Darkness as it is the definition of existence, a being that exists outside of what we know to be the truth.

The sequel will continue where we left off to try and find a glimmer of hope against the endless dark fate that awaits us.

The full release window, let alone the release date, has not yet been disclosed but fear not as the developer, Red Hook Studios, is giving all of us a chance to try the game out through Early Access. We will be keeping you guys up to date should a release window or release date ever comes up.

The early access for Darkest Dungeon 2 will happen next week on October 26th courtesy of the Epic Games Store. There’s been no information on how much the early access version of the game will cost as of yet.

Darkest Dungeon 2 Do I Have to Buy the Game Again After Buying Early Access?

Thankfully for those that decide to purchase the early access version of the game, they won’t have to pay an extra cent when the game gets a full release as the full version will be granted to the early access buyers.

Darkest Dungeon 2 will be playable on PC via the Epic Games Store as an Early Access game but it will also eventually come to the PS4, PS5, Xbox One, Xbox Series X|S, and the Nintendo Switch platforms.

As previously stated, the story will continue from where we left off in the first game. Here’s how the setting goes, “the corruption defeated at the Estate is found to be only a symptom of a far greater evil that is already on the verge of ending the world. As madness consumes everyone, and apocalyptic cults and monsters spread chaos and decadence, the player and their party of heroes must journey to a distant, foreboding mountain to avert the end of the world.”

The Caretaker is the only known character so far that we know who will return from the previous game. He will now be known as The Hoarder and will be one of the many shopkeepers the game has to offer.

Here are the details of what we know so far:

You’ll be happy to know that Darkest Dungeon 2 will be getting a slight update to its visuals over the first game thanks to going through the Unity engine. It will still keep the dark gothic aesthetics that we’ve all come to know and love but it will feature 3D environments this time. Don’t worry, the characters, as well as the combat, still have their 2D visuals if that’s a concern of yours.

Here are the trailers for Darkest Dungeon 2 that have been released so far:

And that’s all we know of Darkest Dungeon 2 so far. We will be updating you guys when we find out more so stick to checking this out every now and again. For more on Darkest Dungeon 2, you can check it out here.