Darksiders Warmastered Edition Review – Not Much of a Remaster

Since Breath of the Wild was a dual release on both the Nintendo Switch and Wii U, you would have thought that Zelda would be an appropriate swan song for the Wii U. However, you’re wrong, and not in a good way unfortunately. The last release, supposedly, major release on the not-so-favorable Nintendo console is in fact a remaster — if that’s what you can fully call it. 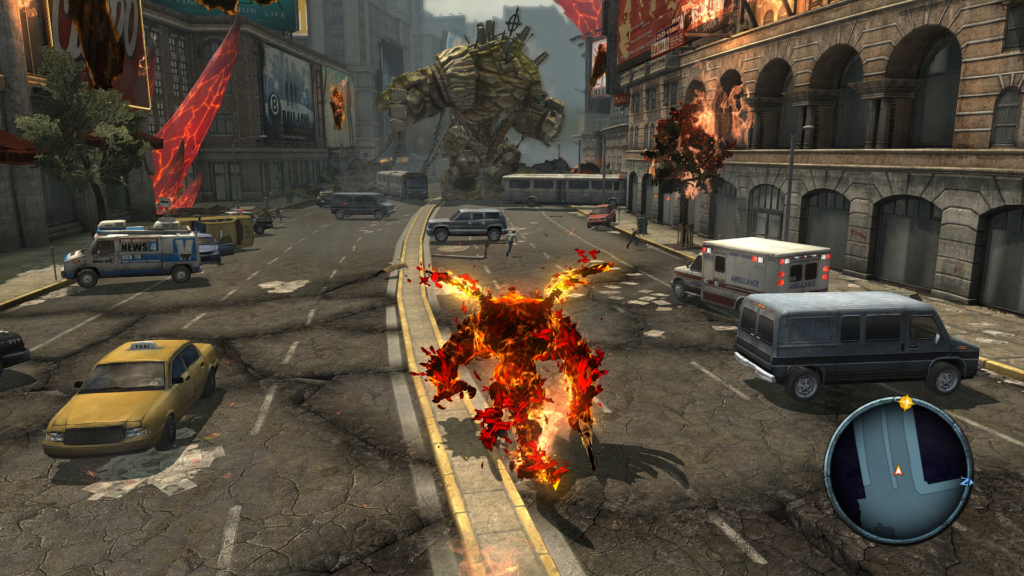 Darksiders Warmastered Edition is a remastered port of the original 2010 title, which mostly adds updated visuals and, unfortunately, not much else. The visual upgrade itself isn’t something immediately apparent, and in worst cases still chugs. Throughout my time with the game, it was shocking to me that a game from seven years ago still had a shoddy frame rate, even if it is on the Wii U, which came out two years after the original release. Plus, textures still look outdated and blurry, which shows that the game itself doesn’t hold up visually, despite its creative and edgy art-style.

The gameplay also, sadly, doesn’t hold up much either. For those who have never played any of the Darksiders games, it’s similar to the God of War games, while incorporating Zelda elements. While those games are held in relatively high regard, that quality doesn’t easily translate over here. Darksiders uses the same tropes, but lacking any sort of innovation or personal twist. This lack of differentiation from the titles being emulated had left me unengaged, making my time throughout the game a huge slog. Things do pick up as you go on, but by then the sour taste from the beginning of the game had left me disappointed.

The lack of any real upgrade and fun gameplay are quite the disappointment, especially when comparing it to the world and narrative created here. Darksiders mixes the human world with the realm of mythical beings, and shows the destruction brought about when the balance between both is mysteriously disrupted. This concept is still fresh and an interesting one to tackle even today. Vigil Games definitely has a well fleshed out lore and world that I’m sure anyone would be willing to dive deep into. However, it’s hard to get invested when all you’re really doing is pressing one attack button against chicken fodder enemies. 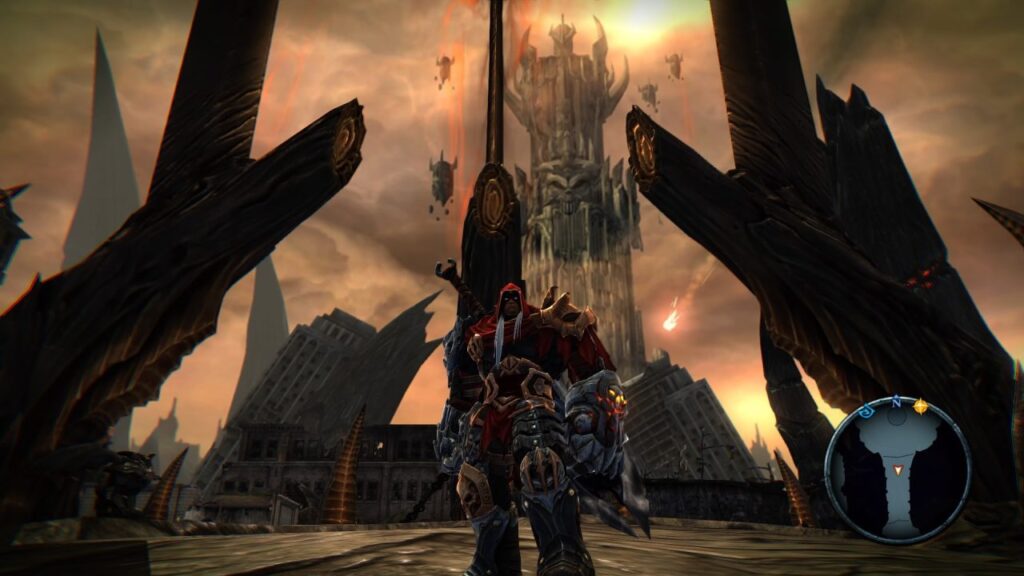 Another redeeming quality are the performances done for the numerous characters in the game. Performances perfectly blend together the sense of despair and grittiness, while making it comical and lighthearted. This type of blend fits the art style of the game, with its exaggerated proportions and edgy brush strokes. You can accredit this to the notable cast behind the curtain, with names the like of Mark Hamill and Liam O’Brien. Although, Mark Hamill’s performance is still great, you can’t help but still hear that hint of Joker in his tone inflections.

Overall, Darksiders: Warmastered Edition is a disappointing port, especially on the Wii U. It doesn’t add much in terms of content since it lacks any sort of dev diaries or behind the scenes tidbits. Adding on to that, it hardly fits the description of a remaster, since the game doesn’t run any better and constantly chugged throughout my time with the game. And lastly, the game isn’t a shining example of copying being the strongest form of flattery.

If you’re a hardcore fan and wish to catch up on the story of the Darksiders series before the third game comes out, I’d say you can skip the first game entirely and just watch a YouTube video instead. Do, however, pickup Darksiders II: The Deathfinitive Edition, since all gameplay concerns are absolutely addressed in the sequel. Plus, Death as a character is a lot cooler than War.

Score Definition
We want to emphasize that 5 will always be the “average” number, not 7. So by far, it’s 50% great and it’s also 50% bad.
Pros
Interesting world and narrative
Edgy Art-style
Cons
Unstable frame rate
Barely any signs of an actual remaster
Lack of extra behind-the-scenes content
Boring and unoriginal gameplay
5
Average