Fight memorable bosses back to back to earn goodies! 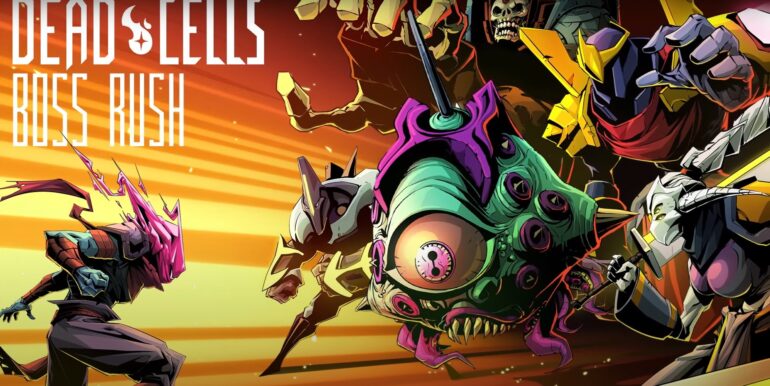 Motion Twin has recently announced that the Dead Cells Boss Rush update is out now on PC.

Players will be able to try out the Boss Rush mode today on PC via Steam. This will allow them to face of 3 or 5 bosses back-to-back in succession so they can unlock new bonuses after completing them. There are also powered-up bosses in this game mode as well.

Here is the list of additions with this new update:

In order to access the Boss Rush mode, players will need to get to the new area where it is accessible via the basement door in Prisoner’s Quarters. This is where the training Room and the Tailor can be found too. When they get to the basement, just follow the corridor until they reach the third door with the red boss head next to it.

When they enter the door, there will be four more doors in this room. It will lead to four different stages where they can fight:

According to the developers, the enhanced bosses will have new abilities like healing powers, minions that will appear to fight with them, and more.

The bosses will be randomly selected from the following tiers:

– Time Keeper, The Giant, The Scarecrow

– Hand of the King, The Servants (just the final fight, not the entire tower!), The Queen

Players will need to have seen these bosses in a normal run in order for them to appear in the Boss Rush mode. There is no need for them to kill it.

As players progress through the stages, they will unlock bonuses that can be used in the game. These items will depend on the length, the mode, the difficulty, and the ability to make the entire run flawless.

A ranged attack with 7 attacks in its combo. The more health that you’re missing, the more of the combo unlocks. Critical hits will start after the third hit of the combo.

Taunt an enemy, making it relentessly pursue you for 20 seconds. In doing so, it drops its guard, so it takes 75% more damage from melee attacks during its pursuit.
I’ll let you discover exactly what taunts the Beheaded uses, but I don’t think you’ll be disappointed…

The next weapon you pick up is legendary. Once chosen it cannot be removed (like the YOLO mutation).

There are 8 new skins to discover, with various barbarian/boss themes and some snazzy glowing parts.

You’ve got a fan! They’re making a grand statue of you as tribute, and as you progress through the Boss Rush, you’ll be able to add shiny new elements to it. Just try not to let your head get too big!

There are also more legendary affixes which are:

: Oil on Kill (again, quite self explanatory: spreads oil on the ground on kill)

: Instant Charge – all attacks are fully charged without needing to hold the button

: Deflect Bullets – all uncharged attacks deflect bullet (but not grenades)

: Random Effect – every card applies a random debuff on targets (any kind of DoT, crowd controls, etc. with a few exceptions that wouldn’t make sense like item-specific effects)

: Pay to Win – refund the shot’s cost if it kills a target + innate super pierce. Can trigger multiple times if a shot kills several enemies.

: Miracle of Life – eggs hatch into chicks that attack nearby enemies