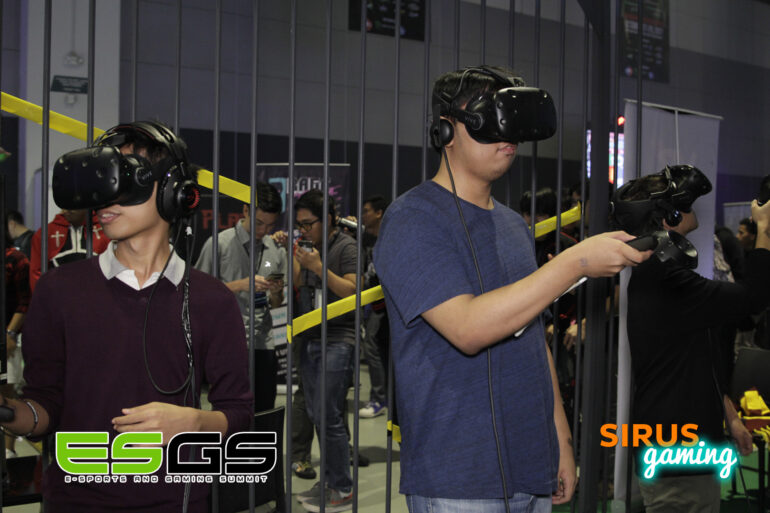 As I was roaming the showroom floor of ESGS, I came upon this very interesting booth called Dead Prison. There were these people there who were testing the game and they looked like they were having fun getting scared the crap out of themselves. I was intrigued and wanted to try it out for myself.

Dead Prison is one of four games that are part of an entertainment store called VR+ Park. VR+ Park is a famous entertainment store that has 3 shops in Taiwan and 2 shops in China. I met their PR Marketing Manager Jerry Lee who was very accommodating and told us about the beginnings of VR+.

He then allowed us to try the game itself. The setup was pretty simple. You have the layout of the booth with prison bars and all to emulate the prison inside the game. We were using HTC Vive to play the game and the staff from the booth helped us with how the game and controls work. 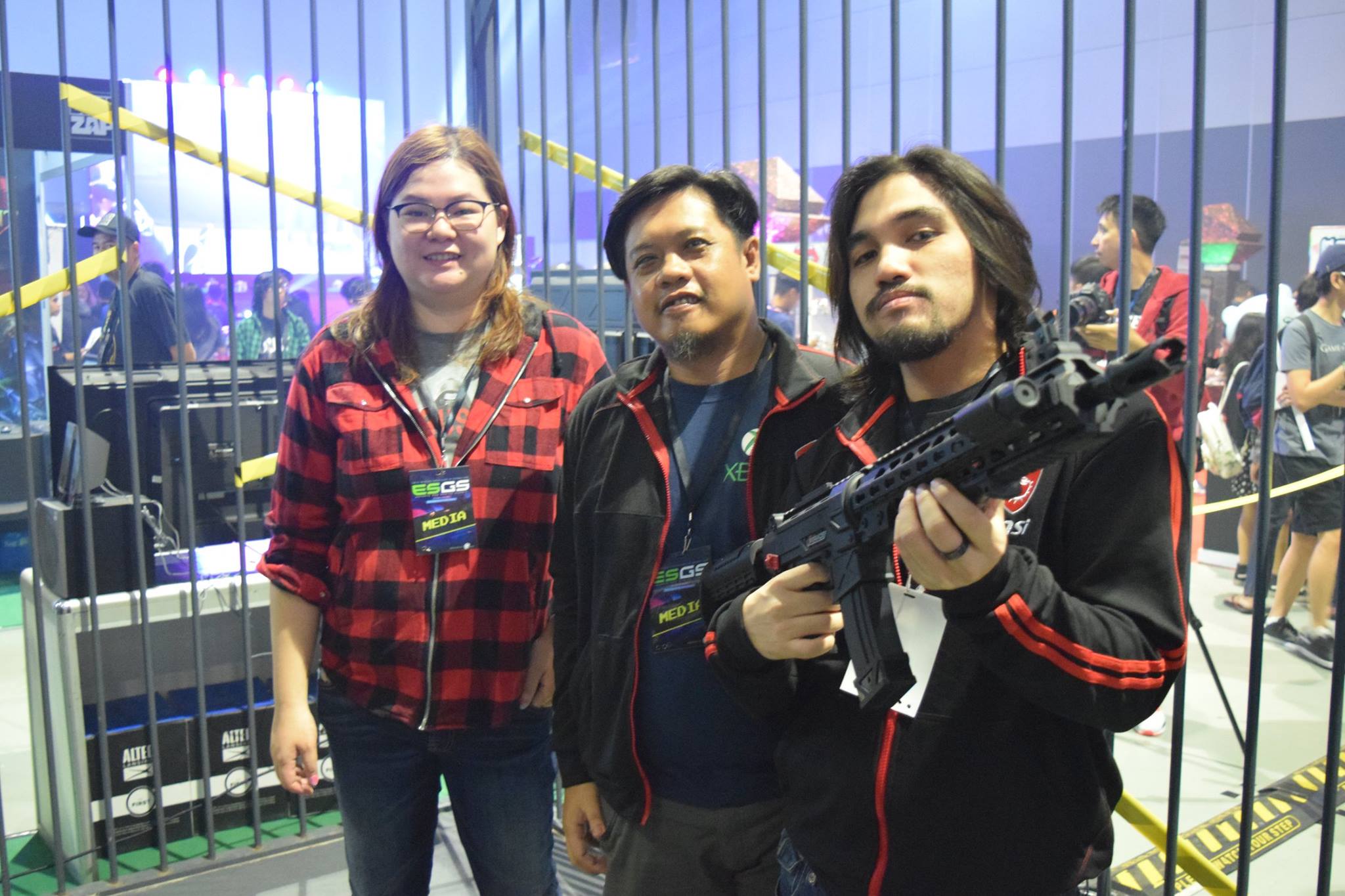 Basically, Dead Prison is a VR Horror FPS game where the aim of the game is to survive for as long as you can. You can team up with up to 3 players and what’s cool is that you can see each other in the game. I situated myself in the middle of my two companions and we prepared for the onslaught of zombies that were coming our way.

At first, it was pretty easy. The zombies were just coming from the front. Controls were very responsive when it comes to shooting the zombies. I didn’t really experience any lag. Reloading was fairly quick as well because as soon as I dropped my hand on the side the guns get reloaded in an instant. Your character is stationary but you can look to the sides by just moving your head which is typical in any VR game.

We got the first wave of zombies with no hassle. We were then faced with a new type of zombie after that. A big green blob of a zombie that was chucking dead zombies towards us. It was also barfing up some green goo but its aim was so poor I didn’t really have to worry about that. After a few reloads of the gun, we defeated the green blob as it exploded right before our eyes.

I actually thought we were only gonna face zombies but then when we looked up there were these crows. CROWS. There was a murder of them ready to murder us as well. They weren’t as bad as the blob as long as we get to take care of them before everything else arrives.

The difficulty suddenly spiked when the zombies were coming from both sides of the prison. I felt safe in the middle and was laughing internally at the though that my comrades will have to die first before it gets me. What I wasn’t prepared for was that the zombies were actually jumping right at us. Like what’s going on?? I’ve never felt so stressed in my life considering I normally don’t get fazed with zombie games. I guess it’s really different when something’s jumping infront of you to block your vision. 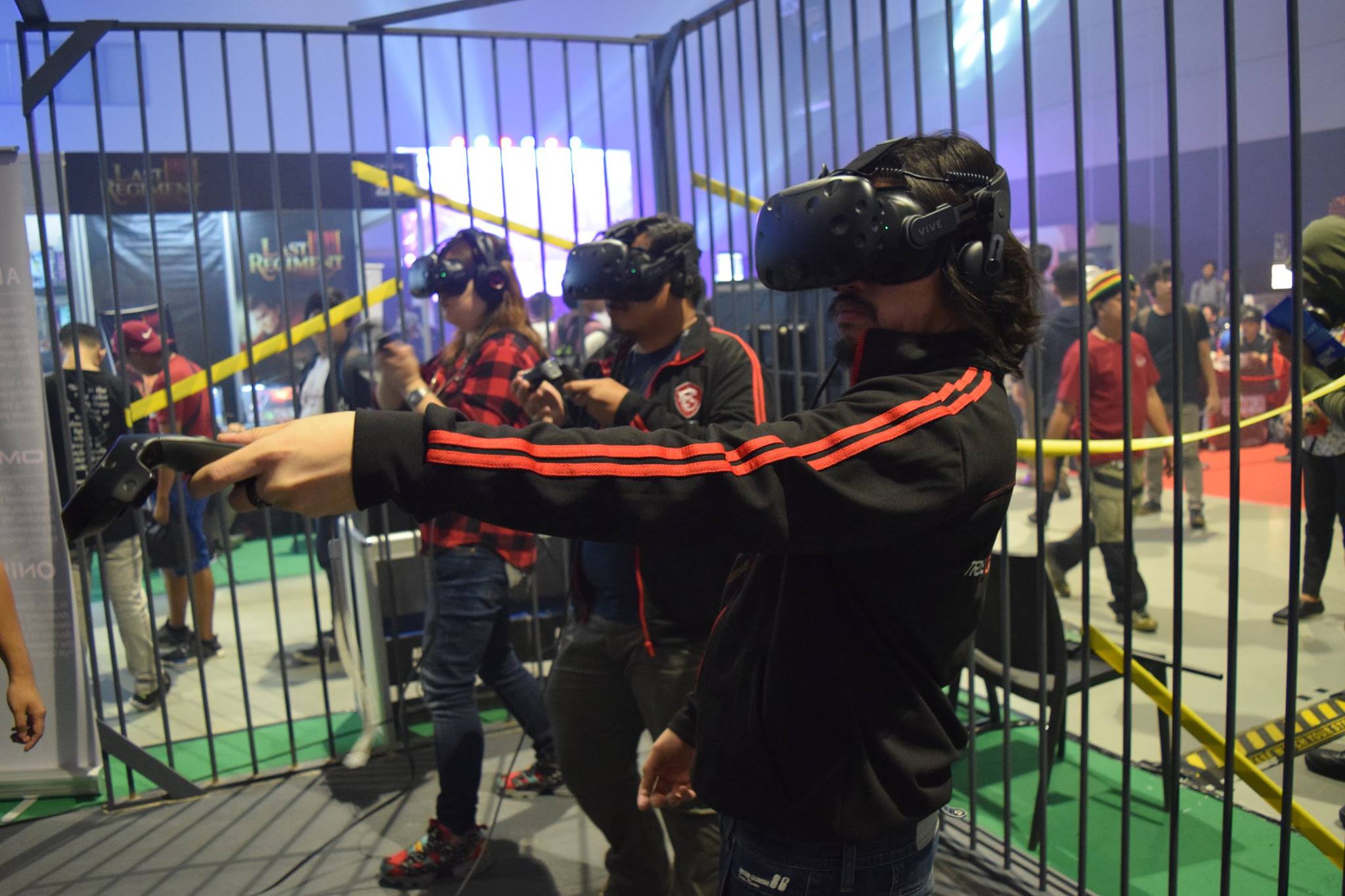 Zombies were already coming out in all directions and on top of that there were blobs and crows coming from above. I thought we had it handled but I suddenly noticed that my comrades were already down. I tried my best to survive for 20 more seconds as we were told that whoever dies will automatically revive by then. I was not prepared for the onslaught and being the only person left standing, I succumbed to the rush of zombies and saw my vision turn red because of the blood. And that ended my experience of the game.

I can say that I thought I wouldn’t have as much fun playing the game but it blew my expectations and it actually became a very fun coop game. I’m sure I looked like an idiot swinging the controller here and there and craning my head left and right like some scaredy cat. But I didn’t care, I was having too much fun.

VR+ Park will be coming to Manila this November and if you want to experience this exhilirating game and more be sure to check them out when their store opens at S Maison. For the price point of around 200-300, it’s a game that I’m sure a lot of people would like to play.