Isaac will still be voiced by the original voice actor, zero-g mechanic got improved, and more. 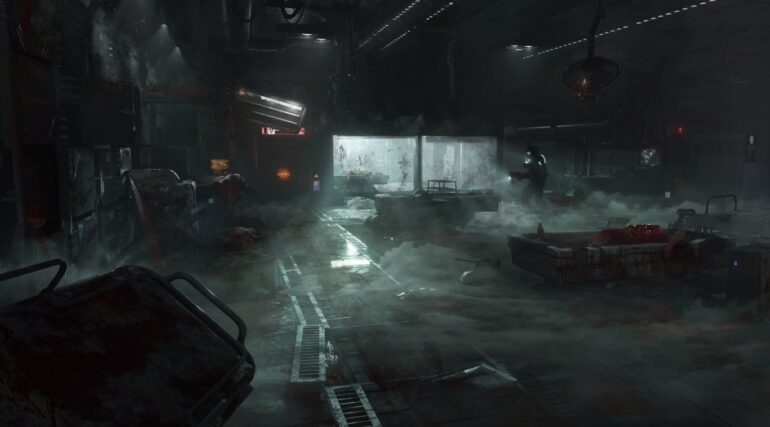 The developer livestream of the Dead Space remake has just ended and it revealed a lot of new interesting details like how Isaac would talk, many comparison shots, and more.

Twitter user Nibellion has recently shared the latest details of the upcoming Dead Space remake after the livestream had ended. It was revealed that the remake is still based on the original game’s layouts, but it will have a difference. The level of detail will be enhanced further to make it on par with the latest new-gen games.

The developers revealed that there were a lot of challenges with developing the remake. According to the team, the biggest one was to maintain the good aspects of the original like pacing while improving it further.

The dismemberment system has now been changed completely. In the remake, players can now completely remove the flesh from the bone of the necromorphs. This will also serve as the health indicator of an enemy. The less flesh it has, the closer it is to permanent death. Each weapon reaction from an enemy has been overhauled too.

Players will have to swap weapons from time to time since each weapon has its own specialty in dealing with necromorphs. There are weapons that can dismember limbs quickly, while there are others that can remove flesh at a faster pace. Each enemy has a completely new damage model too with every part reacting to damage.

The Zero-G mechanic has been changed completely and now it allows 360-degree freedom with thrusters like in Dead Space 2. Players can now find new paths and environments to explore and of course each have new challenges to experience.

The developers confirmed that Dead Space remake will not have any microtransactions at all.

The story will not be changed in this remake with its core themes and characters intact. The only thing that Motive wants to do is to make the first game position more into Dead Space universe and its worldbuilding. They also want the narrative richer than ever.

Another good news is that Gunner Wright will be voicing Isaac again and yes, the protagonist will be talking in Dead Space 1. There is a rule though. Isaac will only talk when he is being spoken or in a situation where it would be weird if he did not talk at all. Motive knows that the isolation and silence was the important part of the original game.

To conclude, it was revealed that Motive actually started just a bit less than a year ago and the production has just started. Hopefully, the Dead Space remake will be launching in the near future and without any issues.