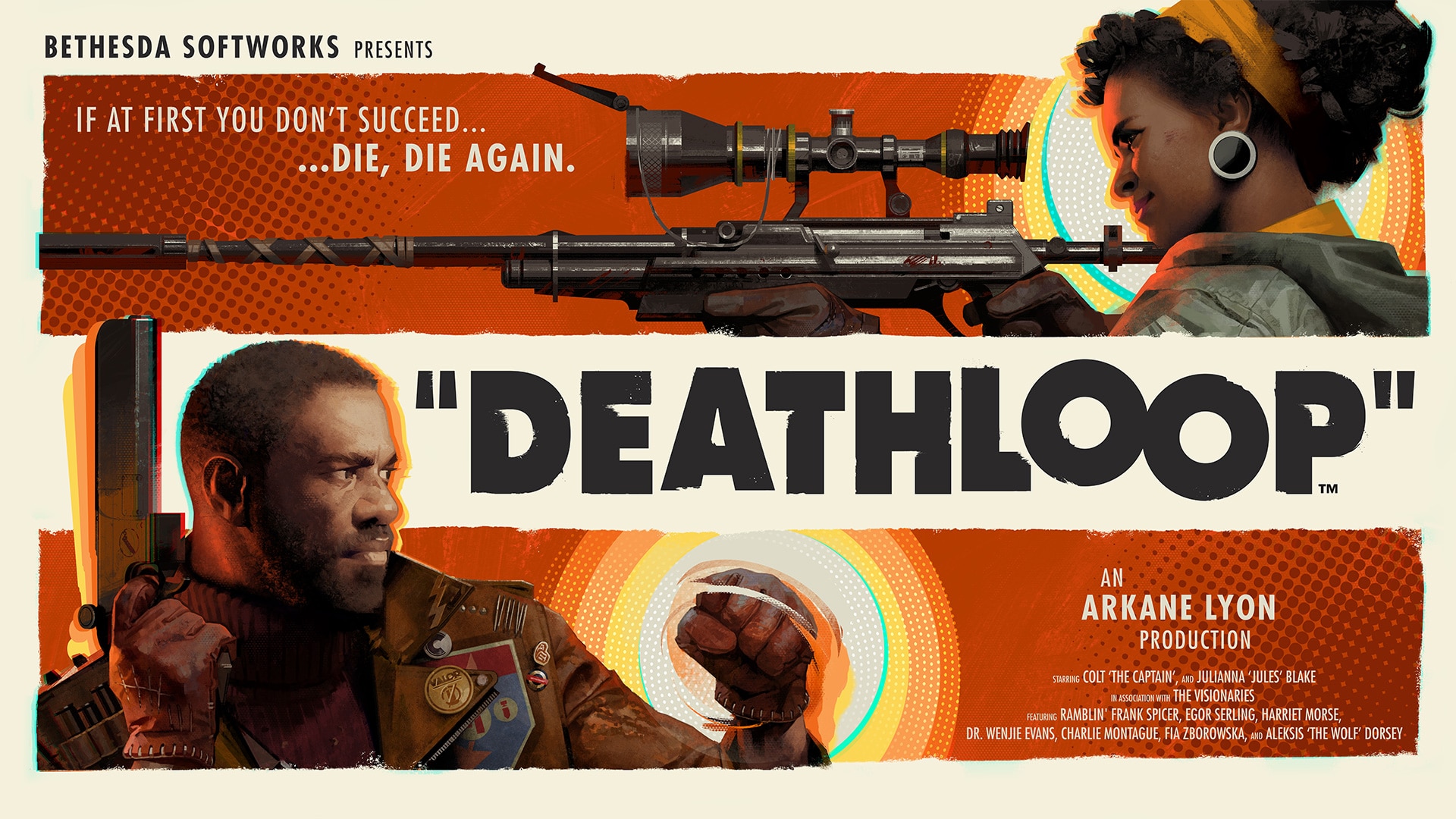 Deathloop isn't Arkane's best but it is fun. 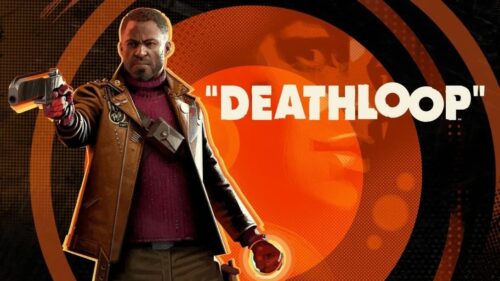 The popularity of rogue-lite games has been becoming more and more prominent these days. The sense of dread and challenges await the players in the next random procedurally generated rooms, unexpected enemy types lurk within its vicious shadow. Death is nothing but an obstacle in rogue-like games. You start at the very beginning when you die, losing all your progress, or even your character, to do another run in the hopes of finishing the game.

Deathloop, Arkane Studio’s latest creation, justifies the reason for its never-ending loop. They made the “loop” as a part of its main plot, and the means to end it lies in killing all who hold the power to keep the loop going before the clock hits twelve midnight.

The mystery surrounding these so-called “Visionaries”, its narrative, the forgiving difficulty, and decent gunplay made Deathloop a solid game to play, but its questionable decision of making it a next-gen PlayStation exclusive didn’t seem to be justified at all.

Deathloop starts with players as Colt, a man stuck in a loop that happens whenever he dies or after the clock hits midnight. With no memory of what the anomaly is all about in Blackreef, it’s up to you as Colt to discover and stop whatever the hell is happening. But an assassin named Julianna isn’t going to let you waltz right in, she’s going to make your life a living hell.

Just before you start your run, the main menu does give you the ability to change to loadout, giving you the chance to equip the best-suited abilities and guns for a particular district. You may want to consider a pistol attached with a silencer if you want to go in with a stealthy approach, or a long-ranged bolt-action rifle if you want to eliminate enemies from a distance, or leave all your weapons behind and start off with a machete. It’s entirely up to you. You can go through the door or smash the window to get to your objective, it’s really up to you. The freedom you have in the game is something to praise here as Arkane lets players take their own path, not limiting the amount of creativity you can do in the game.

Deathloop’s staging screen is unlocked after you finish the first district. The game does a great job of teaching you the ropes from learning the basic understanding of how leads work in the game to knowing what Slabs are. It’s important that you pay attention as the game is heavy with clues and puzzles. You also have the Hackamajig that hacks any device with an antenna that can help you in solving various puzzles and obstacles. You can use it to override a ballistic turret in your favor, or disable the sensor camera that’s blocking your way, even unlock doors.

After finishing a specific mission, you will unlock the other mode that allows you to play as Julianna and stop other Colt players from finishing their run. I love this concept especially when the players stay online, letting Julianna players invade their sessions to give themselves a real challenge. I invaded a player once and I got to eliminate him from killing Fia, it was a lot of fun chasing after the other player but I kind of felt bad that I may have stalled his (or her) progress in reviewing the game.

Deathloop deviates away from the common rogue-lite tropes by adding a mechanic that lets you keep your upgrades and weapons by infusing them with Residuum. These resources can be found by seeking materials or items that emit some kind of an abstract aura.

The mechanics definitely address the concerns of some players who want to keep the weapons they’ve looted when they restart their runs. While some hardcore rogue-lite fans see this as a huge disservice to the genre, it actually makes Deathloop accessible for players who may not have the luxury of time to spend doing multiple runs.

Most rogue-lite games push players to keep on moving forward in a single playthrough, Deathloop, however, has forgiving checkpoints after every run. So if you’ve already progressed further into the game’s story, you wouldn’t worry about doing the exact same objectives again.

For example, you’ve finished killing off a Visionary as one of your main story missions, while they come back the next day, you wouldn’t have to go through the same set of objectives to take down the same Visionary. If your mission for that specific target is done, that’s one thing checked off of your to-do list. Players will have a sense of completion when they finish runs without the uneasy feeling of going through the same thing over and over again.

The controls are disappointingly cumbersome especially when you’re in tight situations, making it hard for you to hit moving enemies when aiming down sights. While adjusting the sensitivity makes the clunky controls a little better, the instant magnet of its aim assist becomes a nuisance when you want to switch to a different target. Even with unpolished controls, the overall gunplay is still satisfying and rewarding as you take down groups of enemies when you go guns blazing, but if you prefer going all-in stealth mode, it does have its own perks.

Stealth is Deathloop’s biggest strength, much like any other Arkane game. Avoiding enemies, being creative with the 3-in-1 Strelak Sapper Charge grenade and seeing enemies fly when it explodes is so satisfying to watch.

Upgrading your character and weapons isn’t difficult as you simply have to pick up trinkets from dead enemies or finding them lying around the map. As there are multiple duplicate trinkets that you can loot, they can also be useful when you want to sacrifice them for Residuum, giving you a better chance of infusing them into your favorite weapons and upgrades.

This also goes the same for Slabs, the abilities you get from killing Visionaries. There are a few notable abilities identical to Dishonored such as the Nexus. Deathloop’s Nexus links together multiple enemies, killing them altogether after eliminating one of them.

You don’t get to keep them if you don’t infuse it with Residuum. Eliminating Visionaries will give you a huge chunk of Residuum, rewarding you enough to infuse them to the Slabs you loot. So it’s important to remember to prioritize the Slab over anything else.

While all of the Slabs are renamed powers from Dishonored, and they work well in tricky situations, it’s as if Deathloop doesn’t have its own unique trait aside from the loop mechanic, leaving players who expected something entirely unique disappointed.

Blackreef is crowded with enemies. They roam the streets, party at night, and do whatever they please. But the sheer amount of identical enemies paired with horrible AI that doesn’t seem to distinguish the distance of a gunshot leaves an awful impression.

There are four bite-sized districts to choose from to start your run. The Complex, Updaam, Fristad Rock, and Karl’s Bay. These districts do offer a variety of challenges you face, from mind-boggling puzzles to bosses that take more bullets to bring down.

In each district, I’m given a sizable location to explore and exploit, which is great as it gives me the flexibility and freedom to approach the objective whatever I prefer, but I can’t exactly go to other districts whenever I want. You’re forced to end your run, advance to the next time of day, and choose the next place. While some may think that this is necessary for a game with rogue-lite mechanics to make it forgiving, I would respectfully disagree as Returnal by Housemarque managed to make the entire sandbox seamless.

Despite my gripes about the limitations, and the sheer fact that you can’t get into a district if you don’t have any active tasks, I still enjoyed all the bits and pieces of clues I find that expand the game’s lore. There’s a lot of discoveries to make that will lead to better rewards when you’re keen on solving some mysteries.

Players will be able to feel every step that Colt makes, the frequent kickbacks of the right trigger when firing an automatic weapon, and how the gun occasionally jams, and witness the visually detailed futuristic ’60s vibe infused with Arkane’s staple vision. However, that doesn’t solidify the need of having Deathloop an exclusive PS5 experience as there are certain aspects of the game that makes it possible for a game like this to run on a PS4.

The DualSense features are present, the visual fidelity is as clear as day especially with smartly implemented ray-tracing techniques, and the 3D audio tunes with my ear quite nicely. But Deathloop’s seamless experience is disappointingly absent. Even with faster load times, Arkane Lyon fails to bring the game to its technical potential, leaving some of the PS5’s SSD resources unused.

While it is not entirely a bad design choice, the moment when a studio partners with a specific platform to develop their games on means certain features and harnessing the hardware’s power are to be looked forward to.

This is a disappointing showcase of the PS5’s power, and it would have been more compelling if Arkane made it semi-open-world with rogue-lite mechanics instead, and gives the players the option of where to start in the following loop to be time-efficient.

I enjoyed my time in Deathloop with all the moments of killing Visionaries with a hacked ballistic turrets to a gratifying ending, but I can’t dismiss the problems I see in the game. Overall, this isn’t Arkane’s best creation yet, but it does feel homage for speedrunners and die-hard Dishonored fans. I recommend the game when it goes on sale, or if you’re a die-hard Arkane fan.

Deathloop – Review
Score Definition
We tell you, it’s a good game! It’s not average! It might have some problems here and there, but you have to admit it is a “Good” game.
Pros
The freedom to choose your way in runs.
Creativity is encouraged when using traps.
Compelling ending!
Visually striking.
Superb DualSense implementation.
Friendly to roguelite newcomers.
Cons
Doesn't showcase the PS5's hardware.
Irritating aim-assist lock-on.
Districts are locked behind mission selections.
Horrible AI.
Felt too easy.
7
Good
Start typing to see results or hit ESC to close
See all results