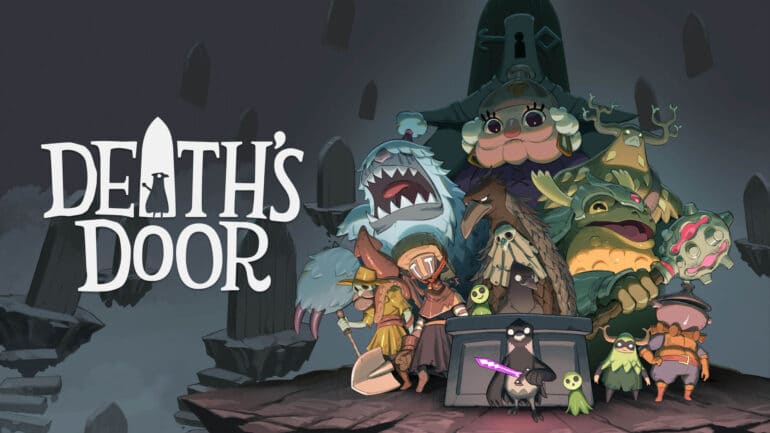 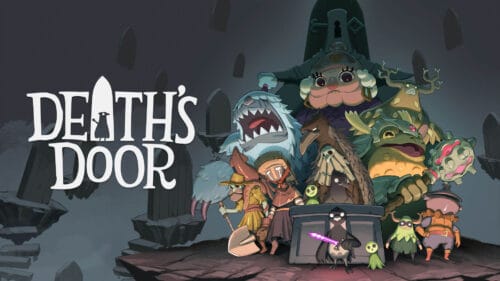 The video gaming landscape today is as diverse as they come. A game can be anything. It can come from a wide range of shapes and sizes. You’ll be able to see at least 10 different types of genres of games just by browsing through the media store of your choosing. However, no matter what type of game it is, it won’t stand out from its various contemporaries if it isn’t well-crafted and soulful, and today’s gamers have a consciously sharp eye for those kinds of titles. Death’s Door is the type of game those who have been eyeing for an incredible title, regardless of genre or type, will immediately fall in love with.

Death’s Door is the kind of game that reminds me of why I became a gamer in the first place. This sweet little indie darling is full of heart and interactivity. It looks gorgeous. It has engaging gameplay. Death’s Door is the perfect game to play after a long day’s work. It is neither too demanding nor too accessible. The game forces the player to focus but it doesn’t punish them too harshly whenever they slip up. It’s not perfect, but it’s not too far off from that praise either. Let’s talk more about it.

The first thing you’ll notice while playing Death’s Door is its distinct art style. In the first few areas of the game, the screen is splashed with monotone colors that perfectly capture the tediousness of an office job, which, in a way, is hilariously the starting position of the protagonist. You play as a young Crow who works for a mysterious organization tasked with reaping souls. This seemingly tedious job becomes much more interesting when a soul assigned to the Crow slips from its talons, forcing them to explore the world beyond, which opens the game up beautifully.

As you move from level to level, the art style of the game will unravel its diversity. From the grim colors of the earlier levels, you will be taken to areas with much more wide color palettes. That’s not to say that those levels are much better looking than the earlier ones, though. Each level is created gorgeously. The color scheme and style of each level encapsulate that area’s enemies and the bosses at the end of them. They’re different and unique and each is just as good as the other. The game’s isometric point-of-view is perfect for this type of art style. It presents the hard work of the game’s art staff fabulously, who did an excellent job at creating the visuals for this game.

The visual aspect of the game’s levels isn’t its only strength. It is also meticulously designed to mesh well into one another. It can be disorienting at first, but their layouts allow you to seamlessly progress without being too lost for too long. It has the interconnectivity fans of Metroidvania and Souls-like titles will be all too familiar with. When you die in the game, you won’t be taken to the same spot where you died or taken to an auto-save point. You’re taken back to a checkpoint: the most recent door you’ve interacted with.

The checkpoints are sparse but you will always find shortcuts that reward you for progressing, making you catch up to where you left off easier in case you stumble along the way. These shortcuts are placed in just the right areas. They won’t make your runs too difficult, and they won’t make them too easy either. You’ll still have to work your way to get to the end of the level, but you won’t need to run the entirety of the level anymore just to get there.

Certain areas of the game also require you to solve puzzles to progress. These puzzles are simple but are engaging enough to avoid boredom. They never take you out of the game’s gameplay loop as they blend in so well with the world’s environment. Some puzzles in later levels will begin to exhume difficulty, but there are decent rewards at the end to make your efforts worthwhile. I suggest you see through every puzzle you encounter. You’ll be rewarded for it.

The most important aspect of a game like this is its combat system. Thankfully, experiencing the combat system of Death’s Door is like running your hand through silk. It is very smooth and responsive. If you happen to get hit or die in the game, you can never attribute it to the game’s combat system. The way you approach combat in this game is very simple: you attack an enemy, you dodge away, and you attack them again until they fall. The game has no parry or block system, but never once did I felt the need for them. The enemy encounters in the game are designed simply for the attack-and-dodge approach. It utilizes what it has. No more, no less.

You are also given abilities to use for puzzle solving, traversal, and combat. When fighting enemies, you can use your magic abilities to damage opponents from afar. Those who prefer mage builds may like this approach. However, I ultimately feel like the game’s combat system urges you to fight your enemies up close.

The only gripe I have with the game’s combat system is the lack of variety with the weapons. The game only has five weapons for you to choose from. You have one starting weapon, and four hidden ones you can collect in each level. There’s very minimal variation when it comes to these weapons, aside from your standard damage to speed ratio. A weapon won’t change your combo, swing, or special attack. Later weapons simply have higher damage with slower attack speeds.

As mentioned above, the game isn’t really too difficult nor it is too easy. It is paced perfectly for those who just want a straightforward experience without being too coddled nor too punished. The game has a wide range of enemies for you to bash your weapon at. It’s also incredible just how bizarre their designs are. They’re weird and gorgeous, which is great considering the world they belong to. Every enemy in the game, including the bosses, have wind-ups that are easy to read, which allows you to determine when to attack and when to dodge. Boss fights are also incredibly entertaining. Each boss encounter is unique and defeating them requires more than just mashing them with the attack button. Certain boss encounters require you to also be mindful of your surroundings, on top of minding the boss you’re actually fighting.

The game also has a story that’s rather profound and complex. It explores the themes of death and one’s desires to escape the futility of mortality. It is fantastical enough to be mysterious without being senselessly convoluted. Every revelation is a welcome one in regards to everything you’ve been presented thus far, making the ending a slow, yet satisfying conclusion. It also utilizes humor at the perfect moments. The game has a handful of chuckle-worthy instances that will at least will you giggle. It’s the perfect equilibrium that shifts the experience back to normalcy given how deep and dark its themes and hidden lore can be.

Hand-in-hand with the game’s visual aspects is its audio and music, and this aspect of the game is well done too. When you’re not taken aback by the game’s gorgeous art style, you’re treated with its incredible soundtrack. The game sounds just as good as it looks. The game has no voice acting, but that’s never a problem here. Most of the characters in the game are anthropomorphic creatures, after all. What it lacks in that arena, it makes up for in its music, which is written beautifully.

It should be noted that the game itself isn’t too long. There are only a handful of levels and you will probably finish it overnight. Considering the game’s price, this shouldn’t be much of a disappointment. It’s just something you need to remember before getting into this game.

One very minor issue I found with the game is its key binding restriction. I’m the kind of playing who prefers using the Right Bumper or R1 button for attacks. If you’re one of those players and you go to the game’s menu to do that, you’ll find that changing the attack prompt to this button will also change how you navigate the menu, since moving to the right window is tied to the Right Bumper. It’s a minor gripe, but it’s frustrating to those who are used to a particular control scheme such as myself. This shouldn’t bother you if you’re fine with the game’s default controls.

With all of that said, I was left joyful and entertained after playing Death’s Door. The game is immensely charming and wonderful. Its seamless combat system, coupled with its immaculately designed levels makes its core gameplay loop very satisfying and engaging. Its surprise of a story also managed to hook me in when outside of combat. Every moment-to-moment experience is perfectly crafted, from humorous dialogue to surprising revelations, standard encounters, and boss fights. This game is a treat and you should buy it and play it immediately. 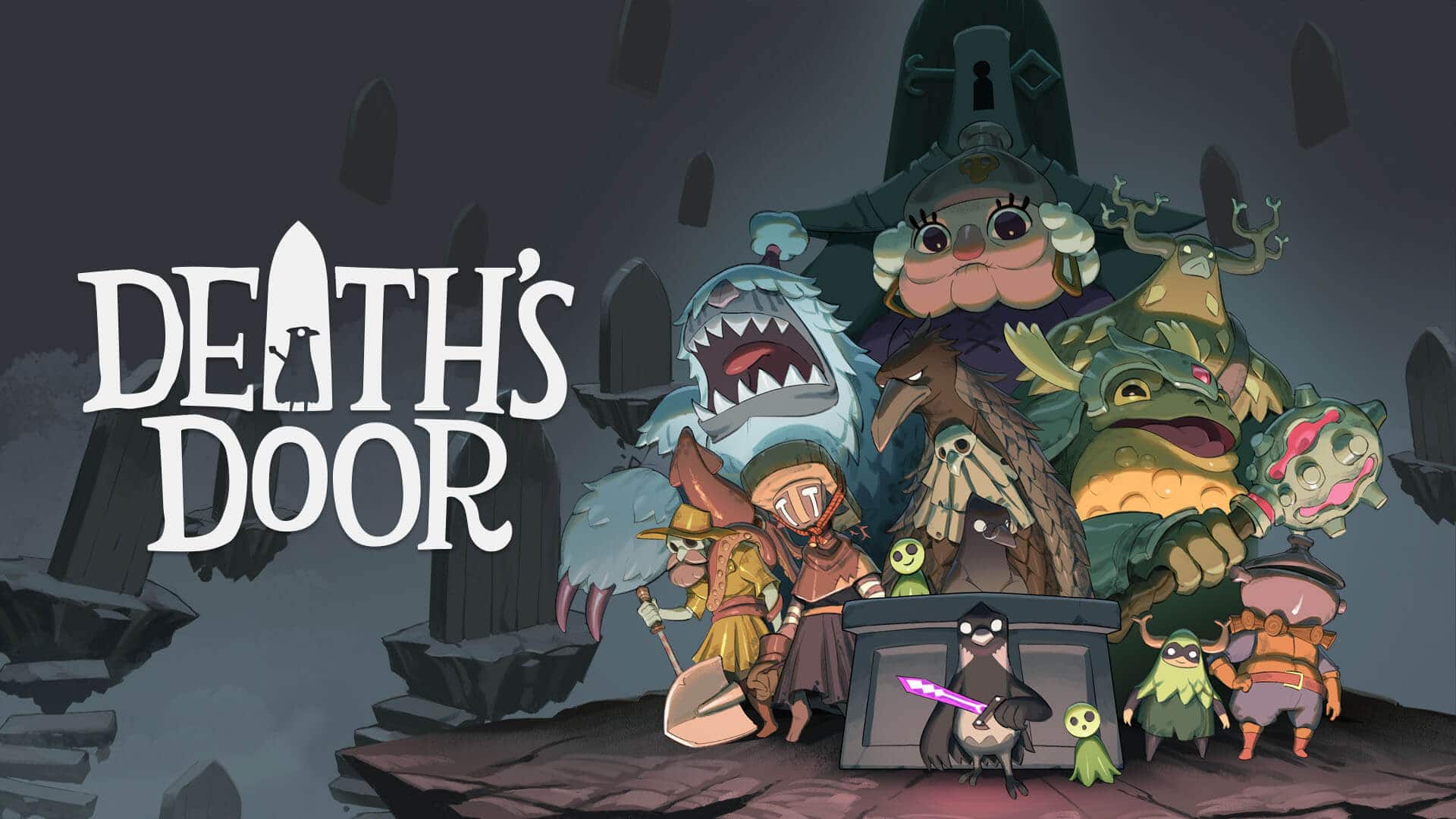 Death’s Door – Review
Score Definition
Almost perfect if not for the nitty-gritty. If it’s quite there but not enough to push the boundaries, it’s still an awesome game.
Pros
Combat is extremely smooth
Art style and music are magical
The interconnectivity of the level design is perfect
Surprisingly profound story
Charming and humorous
Cons
Lack of weapon diversity
Button mapping has some sort of restriction
9
Excellent