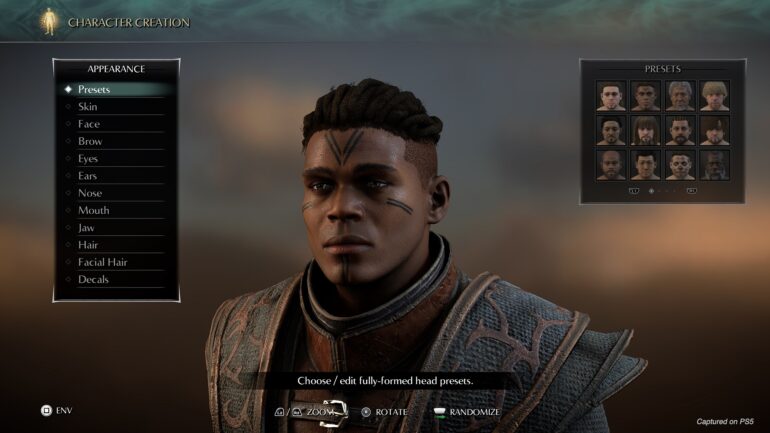 Moore revealed that the characte4r creator of this new version f the game has been overhauled and will now have up to 16 million permutations. There are now more customization options to choose from compared to the PlayStation 3 version. They have worked hard to make sure that there is a satisfying variety possible for those who wish to customize with every slider.

The creative director did note that the game is a deep, rich single-player action-RPG with seamlessly integrated synchronous and asynchronous multiplayer elements. Players will be able to show their customer character to someone around the world and they wanted the limits of that personal expression to go beyond than just weapons or armor that they plan to equip. What they want to do is to make them have more freedom to create their own personal avatar that represents them in the game.

Moore also discussed about the newly added Photo Mode. This allows players to immortalize their triumphs and tragedies. They can also celebrate with friends with this mode. It contains all the features that one needs to make memorable shots.

Photo Mode allows players to hide and show weapons and helmets, or even turn off the character entirely to capture beautiful scenery. They can also make characters strike a pose and change their expressions for an awesome selfie. They can even change the camera settings, zoom in and out, add film grain, blur, and more.

The filters will be available outside of Photo Mode too, which means during gameplay. They can tune brightness, contrast, and color levels to closely resemble the original PS3 version.

Demon’s Souls will launch on November 12 for the PlayStation 5.