Destiny 2: All the Loot returning in Vault of Glass 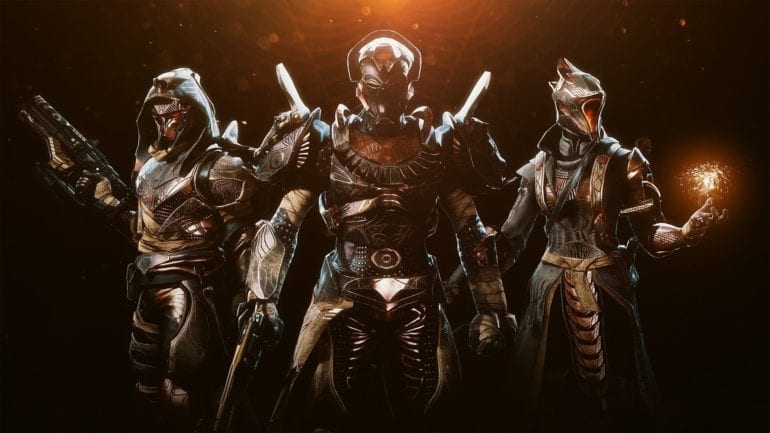 A new season of Destiny is upon us and even before its reveal, the players knew that the First every Raid off Vault of Glass was returning on the 22nd of May. But the developers remained tight lipped on what weapons would be coming back to Vault of Glass. Even when they announced all the weapons coming in the season in one of their TWAB, nothing was revealed about the returning Vault and its Weapons. But luckily for us, the Destiny Database source Light.gg is showing us what we can all expect as rewards from the Vault.

VoG in Destiny has 9 Legendary weapons but in Destiny 2 all raids have a standard 6 weapons per raid so to bring it more in line with that only 6 of the 9 legendary weapons are returning. Along with that, we also know that there will be different versions for each of these weapons and they are collectively called “Timelost,” which will be coming soon. These seem to be like the Adept versions of the gun drops for a higher difficulty setting, which will be coming back to Destiny with this Raid.

Fatebringer is a 140 RPM Adaptive Frame hand cannon. It is in the Kinetic slot.

Praedyth’s Revenge is a 140 RPM Rapid-Fire Frame sniper rifle. It is a Kinetic weapon and uses special ammo.

Vision of Confluence is a 180 RPM Precision Frame Scout rifle. It is a Energy weapon and deals Solar damage.

Found Verdict is a Legendary 55 RPM Aggressive Frame shotgun. It is a Energy weapon and deals Arc damage.

Hezen Vengeance is a 25 RPM Aggressive Frame rocket launcher. It is a Power weapon and deals Solar damage.

Armor and other Stuff

All of the Armor sets for each class from Destiny 1 will be returning without any aesthetic change. Along with that, there will be four new shaders and 2 emblems named Exotemporal that will rewarded to players after completing the raid with all challenges and Infinite reflections for doing it in any way possible.

And a new Exotic Ship named Vaultstrider will be dropping in the Hard mode of the Vault.

And Finally the Exotic Vex Mythoclast

Vex Mythoclast is returning in the Energy slot. It is a 360 RPM fusion rifle and probably the first one is Destiny 2 to use primary ammo. It deals Solar Damage.