What's next for Destiny when Season 18 rolls around? 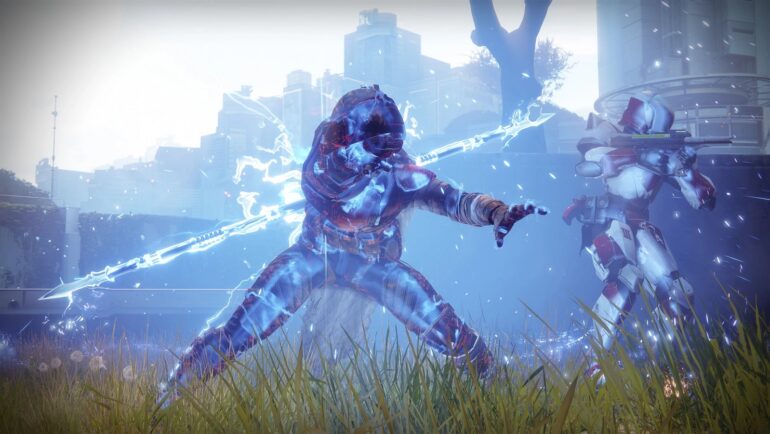 We are nearly two months away from the conclusion of the Season of the Haunted, and about to hit a hiatus in the game’s story, so now would be a good time to start looking towards Destiny 2 Season 18.

There are some updates provided to us by Bungie themselves during this season and these give an idea as to where Bungie is leaning towards. In one of the recent TWABs, Bungie has already gotten a headstart on the changes coming to Season 18.

The stat in question is Airborne Effectiveness and this comes after the changes introduced in the stat in Season 17. The weapon inspection part is going to be game-changing. Currently, there isn’t a way to check on AE while on the go. So the change is definitely appreciated.

Beyond this point, we will start speculations on Season 18. These are NOT confirmations in any way shape or form. As such, we will update the article as soon as we have more information.

With that out of the way, let’s proceed with what can be possibly added in Season 18. The bulk of the information we have now comes from a leak. Some of the information has proven to be true, and there are parts of it that did not. So take it a grain of salt.

While there is no official word yet on the changes themselves, Bungie did state that they are wrapping up production on the Season 18 weapons and the matching balance update, which will be of a standard, appropriate size.

This is great news as the list of weapons that can take down Overloaded Champions is pretty short. Every season of Destiny 2 brings a new Ritual Weapon with special decals for Vanguard, Crucible, and Gambit, and Destiny 2 season 18 is no exception.

Bungie has not confirmed which weapons will be added, but we know which ones will be removed. Destiny 2 Season 18 is expected to see the departure of these weapons from the game:

The leaks we are talking about now popped up in Pastebin early last season. It was initially dismissed as being something completely false, something made up by yet another disgruntled former employee or something. As for what it contained, it outlined changes for Season 17, 18, and more.

It has since been removed from Pastebin and everywhere else after a few days. Now that we are in the middle of Season 17, these leaks had a significant degree of accuracy to them. The wording on some of the items may have been wrong, but that can easily be attributed to a last-minute name change. What gives this leak some validity is the fact that it provided some key insight into the changes to Solar 3.0. For now, let’s go over what they believe will be coming in the next Season. Which according to the leak is supposed to be called Season of the Lies.

Destiny 2 Season 18: Season of the Lies was originally planned to bring back Wrath of the Machines with the plaguelands but something unforeseen happened and the developer had to scrap the idea. Instead, King’s Fall returns in Season 18.

King’s Fall is set to return as the raid. This has been heavily pointed at for a long time now within the Destiny community. And it also makes sense in the Witch Queen Year Five. From the leaks, it seems like it will have a seal and it’ll have a couple of weapons return with the exotic weapon being Touch of Malice.

According to the leaks, “the Season’s story sees Saint-14 and Mirthax reveal their massive project. Using the corpse of Quria, they reconstruct the events leading to Savthun’s rise to power. The season revolves around trying to understand the lies Savathun spoke. Major characters include Mitrhrax, Saint-14, Crow, Rasputin. The season concludes with Immaru attempting to revive Savathun but is killed by Crow.”

That’s still up in the air, but it’s safe to assume that Season 18 will pick up where Season 17 left off. The final cutscene from Season of the Haunted is shown in the video below.

ARC 3.0 are going to have new verbs to determine what the aspects and fragments will look like for the hunter, titan, and warlock classes.

The Verbs given are Disorient, Electrify, Chain, Reflect, Quickness.

New terminology for Arc 3.0 abilities and their overall functionality. As for right now, the details on Arc 3.0 aren’t as expansive as that of Solar 3.0. Nonetheless, the leak does give us some insight into some of the core changes will to Arc 3.0.

Hunter’s Middle tree Arc deflect will be rolled into the normal Arc Staff and the hunter will get a new super “Rod of the Tempest”. This is similar to what happened with all the classes with their middle trees during Solar 3.0.

We could see this come true in other classes like Solar and Void. We have seen subclasses sort of mix together. We could see their sub trees mixing together and the Hunter middle tree does make a lot of sense because it is very similar to how the top and bottom trees are used to. With that logic, we can assume that Warlocks will lean heavily into Chaining, Hunters Disorienting, and Titans Electrifying.

The power fantasy goal for Arc is for it to feel delicate, but when used properly it can have devastating effects.

All in all, this is all great but the leak remains vague. This wasn’t the case with the leaks with Solar 3.0. You could say that Solar 3.0 was more complete in terms of production than Arc was during the time the employee was part of the company. Though I’d like to point out that the validity of the leak isn’t the biggest thing worrying the community right now. It is whether or not Bungie can go 3 for 3 when it comes to the 3.0 changes. Let’s face facts – Void and Solar changed how Guardians play the game. And Bungie needs to do it for a third time in order to make everyone happy. That is a very tall order.

And that’s about it for all the changes covered in the leak when it came to Season 18. There are other parts of it that we will definitely be covering in the future, especially when Season 18 starts and discussion around Season 19 and Lightfall begin.

Disjunction is the name of a brand new Crucible map that was included in the Season of the Haunted update by Bungie. This particular limited Iron Banner: Rift match map took place on Savathun’s Throne World.

The Disjunction map has a base on both ends, three lanes, and a lot of room for backfield exploration. Bungie will be adding the map to the standard Crucible map pool starting with Season 18.

Destiny 2 Season 18 – Season of the Prophecy

Development for this season has just begun, so not many specific details are known yet. But according to the leaks:

Tentative release date of February 21st, 2023. Here is what was written about it from the leaks:

Season 18 should launch on the 23rd of August. Season 18 and 19 will be longer as the team will probably going to work more on Lightfall.

Supposedly the start of Season 19 will be around December. If Lightfall is planned to start in February, that will mean Season 19 will go on for less than two months. However, we don’t believe that Season 19 will be that short. It is more likely that it will last four to six months. So following this logic, expect Lightfall to possibly launch in April to June of 2023.

How much is Destiny Season 18?

Just like in previous seasons, Season 18 will be part of the Season Pass. In other words, players can buy into the content for approximately $12 for each season. Players who choose to purchase the Witch Queen Deluxe Edition will have access to all three seasons, including the start season after that, season 19.