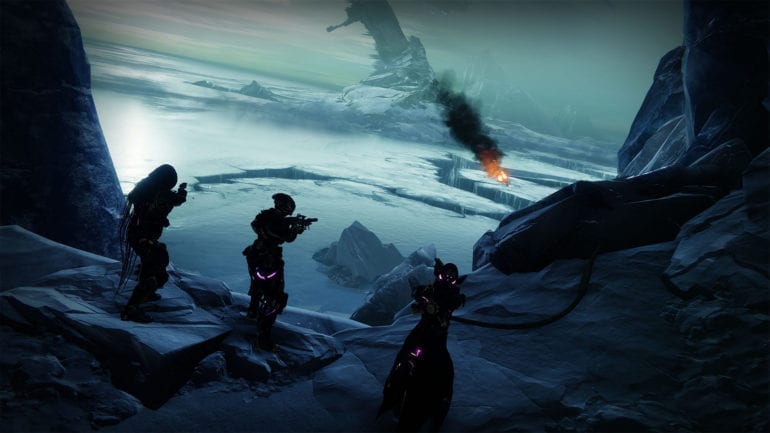 Season of the Splicer is live and with it, the season brings a lot of new content to Destiny. After waiting a long time with the honeydew server errors, we were able to play the game and go through the exciting new content. And this article contains spoilers for the story of Week 1 for the season.

Story of the Season : Mithrax and the Fallen

Just like last season, this one aims to kinda humanize our enemies with the reintroduction of Mithrax who is desperately trying to help his people survive. We go to him asking for help as the Vex has plunged the Last City into an endless night, threatening the safety once found beneath the watchful presence of the Traveler.

Mithrax is a splicer who can splice through the world of the Vex and we need his help to handle them. In turn, Ikora offers the fallen refugees to live on the outskirts of the city. This in turn makes the people of the human last city tense as a few of their leaders are unsure about helping an enemy race.

The story the first week has been interesting as we learn about the fallen culture and understanding Mithrax who is turning out to be a very likable character and as a leader who wants the best for his people. And yes, there are cute little Eliksni babies. The Leaders from the City like Lakshmi-2 are openly hostile to Eliksni and it is a tense situation that I hope to see develop as the season goes on.

The New Activity and the rewards

Override is a new 6 Man activity where we use Splicer tech to hack the Vex Network, uncover their secrets, and steal their code. The Europa map is the one open as of now with Moon and Tangled shore maps coming on in the next weeks. Additionally, I love the Tron-like aesthetics once the players enter the Vex world.

This is a pretty fun activity that is a bit more complex than the 6 main activities we previously had with the mechanics of shooting a particular oracle and collecting data. But it is not too intricate and is pretty fun to grind out. The Europa map does feel a bit small for 6 players but once the other two are in rotation then this activity can be fully judged.

As with the Previous Seasons we get an gird to upgrade for better loot and this is present in the new section added to the H.E.L.M Public Space. Here, there is a special Servitor (as shown below) where the players can upgrade their rewards. The up-gradation is done from the data found during the override activity and seemingly is not time-gated for each week like last season.

There is a lot of new loot to earn with this activity through just doing the Override missions and the Umbral Engrams but do not use the engrams yet as they are bugged and are using more materials than normal.

Transmog is here, with it a lot of Quality of live improvements. The new shader system is great and very easy to use. There is a small quest to do from Ada-1 to start the transmog or as Destiny calls it: Armour Synthesis. Each class is given 11 Transmog materials upfront to try out the system and on the surface level, it is great.

But after the 11 obtaining the rest of them is a huge grind. The first one needs to earn 150 Synthstrand to buy a bounty which will, in turn, give you the material once completed. And this is a huge grind and from what we know Time-gated by bungle And as some players on Reddit have tested it out seemingly the synth-strands do not drop from defeating enemies but rather restricted one for 2 mins. This means it will take 150 in-game hours to get all the free ornaments.

This system obviously seems to be there to push the players towards the cash shop and it is to be seen if Bungie is ever going to comment on this unreasonably grindy Transmog System.

Other changes and Additions

Now the Gunsmith has a rotating roaster of weapons every week where players can go and check out. EDZ has been added to the rotation of the Master and legend Lost sectors for Exotic Armour Farming along with the Moon and Europa.

The Pinnacle rewards were not working in the game at the start due to a bug but that was fixed soon after. The seasonal mods are fun, now concentrating on grenade launchers which will be fun to use once the players grind to them. Before we forget Stasis got new Aspects and fragments and the Hunter Aspect is broken as hell. We need to wait and see how Bungie will reel this in.

Overall, this has been a really good start to the season as Bungie improves the storytelling in the series as they did from Season of the Chosen. Transmog is a bit of a letdown personally. But I am very excited to see how all of this plays out in the upcoming weeks and more importantly we have a ton of new weapons to grind.