Destiny 2 Season of the Splicer has been revealed 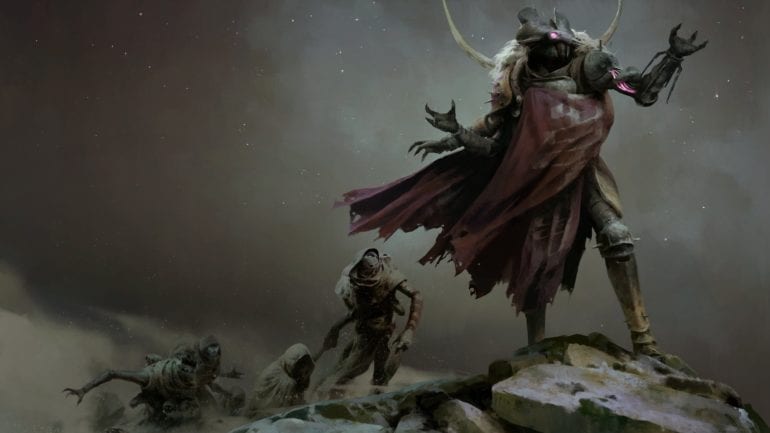 Destiny 2 is drawing close to a new season and we have a trailer and a name for it. Season 14 has been revealed to be named the Season of the Splicer and we got a trailer for it. It starts on May 14th and runs until the 24th of August.

The Story of Destiny 2 Season of the Splicer

The Vex have plunged the Last City into an endless night, threatening the safety once found beneath the watchful presence of the Traveler. And the guardians have to work with Eliksni/Fallen Splicers to combat it. So we take the help of the Mithrax the Kell of the House of Light and he leads a small group of Eliksni who wish to be closer to the Traveler. And as a Splicer, he possesses the knowledge needed to combat the Vex technology that ensnares the Last City.

So to Help him the guardians will be doing a new 6 man match made activity named Override
Fireteams of six will use Splicer tech to hack the Vex Network. This is seemingly to Uncover their secrets, steal their code, and use their power against them.

Along with that, there is a new weekly named Expunge where Each week, Guardians will uncover new vulnerabilities within the Vex Network and use Splicer Keys to infiltrate and collapse it from within.

The first raid Bungie ever made returns in the Season of the Splicer. We already covered it in detail on the site.

But the short summary of it is that it returns on the 22nd of may with minimal changes to it along with a day one Contest mode. One thing new here is that the Hard mode for it will be coming on Jul 6th.

The seasonal Activity has 4 new legendarily to grind for and from the looks of it we are getting a new sidearm, machine gun, Pulse, and a shotgun. Along with that, there may be more repriced we are yet to know about.

There is a new exotic stasis sidearm which from the looks of it can freeze people.

There three new exotic leg Armour’s for each of the classes which is to farmed from the lost sectors just like with the previous two seasons.

Armour Synthesis aka Transmog will be introduced with the addition of Ada-1 as a vendor. And now any armour you have can be converted into Universal Ornaments. This is done by going through the following steps:

This is a controversial system due to the monetization of it and the community has spoken against Bungie. But I am curious to see it in action.

And the rest of the stuff too..

We are also getting new stasis Aspects. And the usual Iron Banner.Along with the seasonal pass and the artifact. But we getting changes to the H.E.L.M. with a new room added for this season.

And just like this season, we are going to end the Season of the Splicer with an event with the “Solstice of Heroes”. And interestingly enough there is a final epilogue mentioned on August 10th.

I am excited about this new season and I am all ready to discover it as we go on. Eyes Up Guardians, we have a ton of new loot to chase and new activities to grind in Season of the Splicer on Destiny 2.