Watch it all here! 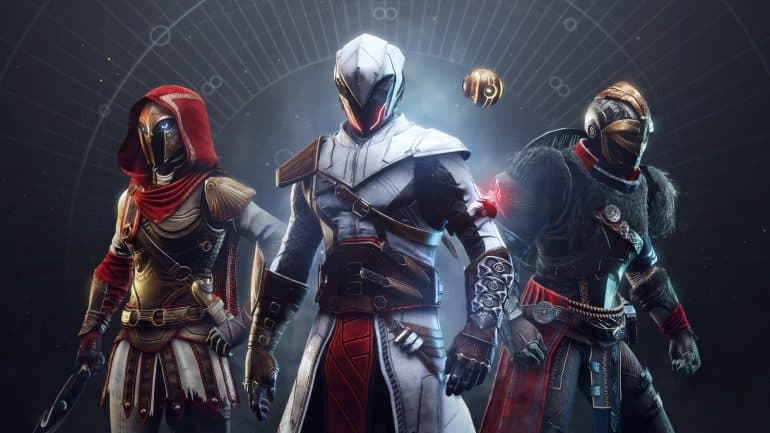 Update: Bungie has now confirmed the next season is Destiny 2 The Witch Queen Season of the Seraph as seen on the newest trailer.

Bungie has now added new details of Destiny 2 Season of the Seraph. The new season will start on December 6, 2022 until February 28, 2023.

On the official website of the game, the premise of the new season features The Hive God of War is now trying to wrest control of Rasputin’s network of weaponized satellites to use it against the Last City. The Vanguard is now beginning a special covert operations using Warmind’s most advanced weaponry and the agents involved are called Seraphs.

The Seraphs will be deployed to infiltrate various Braytech facilities, bypass advanced defense systems, and neutralize the hordes of Wrathborn.

There will be a new operation called Operation: Seraph’s Shield. Players must gain access to the Braytech orbital platform above the Last City. Their mission is the breach layers of security each week and awaken Rasputin.

The new weapon Revision Zero will be available on December 20, 2022. After discovering the weapon, multiple catalysts can be acquired which will add to the mysterious Exotic’s power.

Various new weapons and armor sets will be available next season. One of those sets includes a Bungie and Ubisoft collaboration that features Destiny x Assassin’s Creed outfit. It is now available in the Eververse store.

Complete the raid and dungeon Triumphs in order to unlock an exclusive patch. There is also a new Seal and Moments of Triumph T-shit, which can be unlocked throughout the Season.

Lastly, get the Season of the Seraph Silver Bundle to receive a new Legendary emote together with 1,700 Silver which can be used to purchase Seasons, cosmetics, and more.

Original article is below:

Bungie is set to launch the upcoming Destiny 2 The Witch Queen Season of Seraph trailer.

The upcoming trailer is set to launch at 7 AM PT to showcase the next season of Destiny 2. The Youtube placeholder did not share any other details but other sources online.

According to some, the new season might introduce a new storyline to the game. Others speculate it would be a whole new content that would make the game fresh again. Unfortunately, there is nothing from official sources to confirm this since Bungie likes to keep silent to keep the fans anticipating the big reveal.

As of writing, the new trailer will be released in more or less 30 minutes. It will be shown on December 6, 2022 7 AM PT, according to the game’s official Twitter account. Stay tuned for the updates.