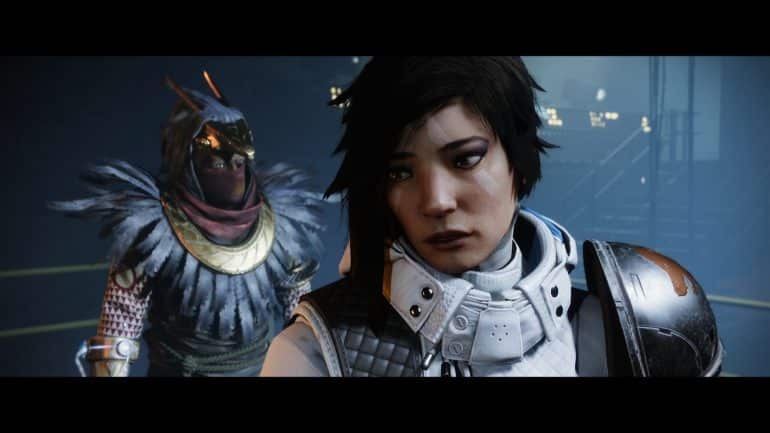 This is your Destiny 2 Weekly Reset for December 13 2022. The Dawning 2022 is nearly here and while we don’t the specifics just yet, we can expect a new event card and title to earn. Above all else, however, we can expect to deliver cookies to more characters who were not present last year.

Destiny 2 Update 6.3.0.1 is set to go live this week. We will update this article once we know what the details are. We are hoping that they will address certain issues like broken mods and Rose not dropping after competitive placements.

This week’s story in Destiny 2, we’ll see the continuation of the 54-step ‘More Than a Weapon’ quest.

Osiris and Anna Bray are hard at work restoring the Warmind AI, Rasputin. They have hit a wall, figuratively speaking, and must seek out the aid of the only person that knows Golden Age tech – Clovis Bray. But before they even get close to Europa, Hive forces led by Xivu Arath.

After breaking through the siege and convincing Bray that it is in his best interest to join forces with the guardians, the unlikely team returns back to the H.E.L.M. to talk next steps.

Their first goal now is to awaken the subminds that support Rasputin. The enemy knows this too. A transmission from Mara Sov informed the Guardian that the enemy plans to invade our space and is sending in advance forces to the Moon and Europa to secure the subminds.

As the dust settles in this first part of the attack, Ana and the Guardians are thinking that Xivu Arath’s play is to fully disable the Warsat network. Even worse, if they want, they can use it to destroy Earth once and for all.

This week’s story segment ends with Clovis Bray looking for another submind to activate.

Since we do not know what the rotation looks like at the moment, we will be updating this article as soon as we get an update. That includes what the Nightfall Weapon for the week is, the Lost Sectors for the week, and the Dares of Eternity rotation.

Apart from the seasonal event, Guardian can take this week to earn bonus ranks in the Gambit ritual activity.

Fire in the Void – Defeat combatants with Void or Solar damage in Heist Battlegrounds.

Umbral Focusing I – Focus a Season of the Seraph engram at the Exo Frame in the H.E.L.M.

Lost in the Legend – Complete a Lost Sector on Legend or higher.

This week, the Guardians will be going to the Moon to stop the Hive’s ritual in the Scarlet Keep Nightfall. At least we won’t be going down the Pit of Heresy… yet.

Lord Shaxx has seen fit to return Mayhem to the Crucible. It will be part of the rotation of activities with a chance of it appearing for Guardians in the queue.

Zero to One Hundred – Done during the Sanctified Mind (4th encounter), Once you deposit motes, you have 10 seconds to fully fill the bank. This applies to both banks.

To the Top – Done during the Consecrated Mind (3rd encounter), it requires the player to deposit 10 motes at a time.

A Link to the Chain – Done during the Draw Out the Consecrated Mind Encounter (2nd Encounter), all six fire team members must replenish enlightenment at the same time. Three pairs of 2 also work too, apparently.

Staying Alive – During the first encounter, do not kill any of the Cyclops in the room where the Consecrated Mind is depositing Voltaic Overflow charges.

For the second week of the Season of the Seraph, this week King’s Fall Challenge is going to be Gaze Amaze. Done during the Gorgoroth encounter, this challenge will require the gaze holder to stand in the pool of Reclaimed Light when swapping the gaze to another member of the party. This is one of the more straightforward challenges throughout the raid.

Check out this video from Youtuber xHoundishx where he talks about the upcoming week’s activities for the second week of Destiny 2 Season 19.