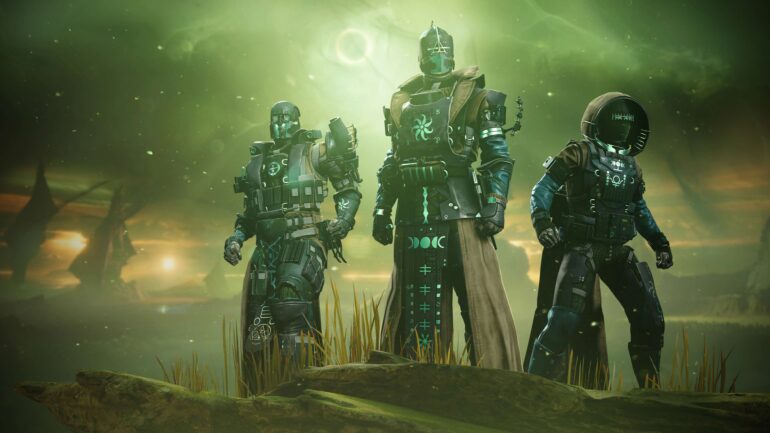 Destiny 2 is closing in on its next big expansion with the Witch Queen releasing on February 22nd, 2022. And that means the changes coming are slowly teased every week by Bungie in their Weekly TWABs. Last week it was about changes to mods and Armour. This week, Bungie revealed the date of the Raid launch and the power levels needed for the expansion.

The raid for Witch Queen will be releasing on March 5th, 2022 (10:00 AM Pacific) which will be on the weekend. Also, this gives the players 10 days to level up for the raid while taking place on a weekend.

As usual, there will be a Contest Mode which caps everyone’s power level for the raid to make it hard and also account for the competition of the raid race. More on that to be revealed later.

Destiny always resets its power grinding with each new expansion and this time it is no different. For any new players who are not familiar with it, here are the various power caps in Destiny as explained by Bungie:

The Power floor will be updated to 1350 to all players with the Witch Queen. Through general gameplay, players can reach the soft cap of 1500 by earning general gear through activity completions, chests, and more. This includes Rare and Legendary drops.

Once reaching the soft cap, players will need to earn Powerful drops from vendor challenges and other objectives in the game. Once reaching the Power cap of 1550, the only upgrades that players will find are from endgame activities that offer Pinnacle rewards. After which players can reach up to 1560 with the Pinnacle for the hardest endgame activities. This is like 210 levels to grind.

Blue weapons and armors will continue to drop from enemies and chests while playing Destiny 2, but we hope that this will reduce the need for players to manage their inventories and reduce the frequency of visits to the Postmaster when running playlist activities.

Banshee-44 is getting a new reputation system that matches the other vendors in the Tower, such as Zavala and Shaxx. This means some of the items that were previously associated with Gunsmith Reputation, namely Gunsmith Materials and Weapon Telemetries. Players will now earn Reputation Rank progress with Banshee-44 when dismantling Legendary and Exotic weapons and armor or by completing daily Gunsmith bounties.

Starting in The Witch Queen, weapon and armor mods sold by Banshee-44 and Ada-1 respectively will no longer require Mod Components to purchase and will instead cost 10,000 Glimmer each. Also they are increasing the number of mods available on each vendor at a single time from two to four. Ghost Mods that generated Weapon Telemetries will be removed, as they no longer serve a purpose.

Master Rahool will be inheriting Spider’s material exchange duties in The Witch Queen. Rahool will also be picking up some of the wares that Banshee-44 and Ada-1 once offered, specifically the sale of Enhancement Prisms and Ascendant Shards. He will also be able to decrypt Umbral engrams.

As of February 22nd, 2022 the Harbinger and Presage Exotic missions will no longer be accessible. As there are randomly rolled exotics they will not be added to the Monuments of lost light, but rather they will show up as part of Xur’s inventory each weekend.

Their cost will be as follows:

Along with that their catalysts with a few other weapons will be moving to the core playlist:

This is a great addition making these guns more accessible and the catalyst for Outbreak was unavailable for so long. All around great change.

Bounties and other things

This is the list of what bounties will be staying and which ones will be removed only the expansion launches.

On a whole this is a great news. With the raid being on a weekend along with many of the changes making the game more accessible. This is just an exciting time to be a Destiny 2 player.