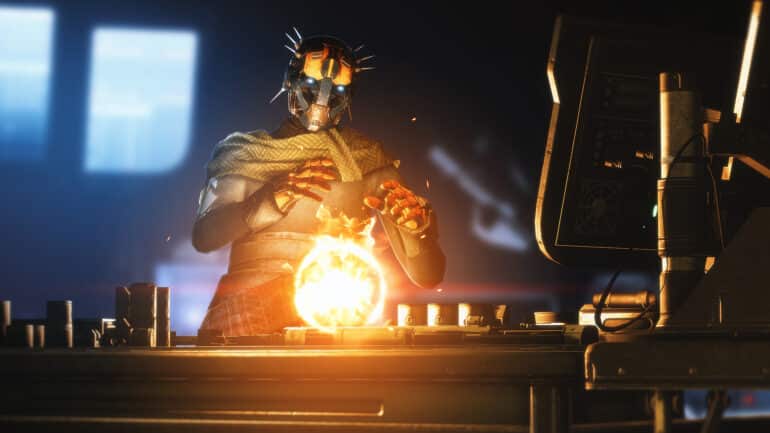 Destiny 2: Witch Queen is less than 2 months away and as players get close to the expansion’s release on on 22nd February, Bungie have started to market the game with new trailers and teases to changes coming with it.

As far as we know, Witch Queen brings a lot of changes with weapon crafting, new weapon type, and a new zone to explore. But with the first TWAB Bungie have started to share the major mods, armors, masterworking, and more about the 30th Anniversary Content.

Starting in Season 16/Witch Queen, players will no longer be limited to the number of artifact mods they can unlock. This means that players could feasibly unlock all 25 Artifact mods by the end of the season. While there have been some small adjustments to the amount of XP required to unlock Artifact mods 1-12, in general, the pace of unlocking these first twelve artifact mods should be close to what we’ve seen in Season 15’s artifacts.

For each unlock after the 12th, increased XP will be required for the next artifact mod unlock. This means all the mods in the seasonal artifact will be available to unlock. This is a great quality of life change which will allow people to experiment more with build crafting while not feeling restricted by the reset costs.

Along with that artifact provides us with the anti-champion mods each season, and with season 16 which comes along with Witch Queen the mods were reveled:

Along with that, they have stated that a few new artifact mods will enhance some of the new weapon perks.

Starting with the launch of The Witch Queen, you can change the energy type of a fully-Masterworked piece of armor for a much-reduced cost.

This is a great change as the cost, as of now, is really high; requiring a lot for legendary armors and even more for Exotic as seen in the images. Now build crafting with armor sets will be easier.

Orb generation on weapon multikills will no longer be a function of a weapon’s masterwork status but will instead be provided by a suite of armor mods, which are unlocked automatically for all players and which plug into the helmet armor mod socket.

Each such mod will apply the orb-generation effect to all weapons you have equipped of a particular damage type, so a single mod will cover multiple weapons in your arsenal if they share a damage type (this also applies to a weapon that changes damage types, like hard light, or a kinetic weapon with Osmosis).

This is a controversial change as it feels like a step backward from the orbs being produced by our weapons which are most of the time very essentially for builds but this may not be the full picture as in a previous TWAB has stated that there will be more changes which are to revealed on our legendary weapons. Till then this remains a change that I am not a big fan of.

There will be an another update later this year but the Xur-led adventures will stick through out 2022. This includes the new dungeon which will probably stick around even after Witch Queen but the new 6 man Activity, Dares of Eternity sticking around is interesting as normally 6 man activities are usually seasonal and is free for all players. Updates to the activity with rotating bosses and encounters can be interesting.