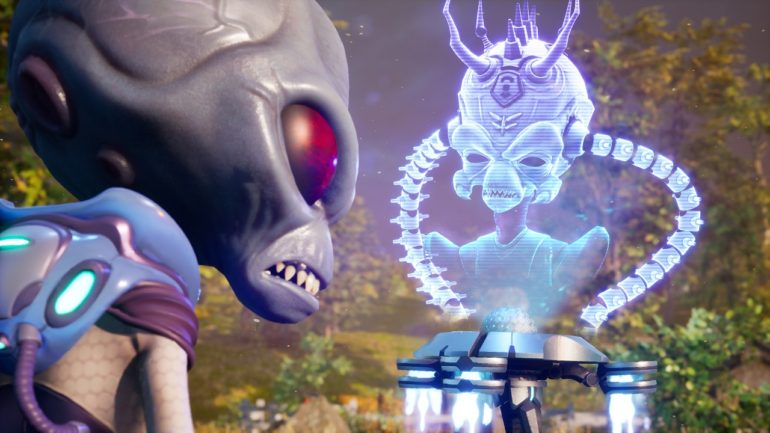 It seems like a Destroy All Humans 2 remake is going to be announced really soon, probably in just a few days from now, especially after PlayStation accidentally posted on Twitter what’s supposed to be a scheduled announcement after its eventual reveal on THQ Nordic’s digital showcase.

Accidental leaks aren’t to be dealt with lightly as numerous netizens are fast enough to capture screenshots.

Destroy All Humans 2: Reprobed will be coming to the PS5 based on the now-deleted tweet, meaning this may be a remake of the cult-classic sequel that will not release on the PS4, making it one of the first remakes to skip the previous generation of consoles.

Who knows, Sony may be marketing the PS5 version of the game, but it may still come out on PS4.

Will Destroy All Humans 2 Reprobed Release on Xbox and PC?

THQ Nordic is a third-party publisher with no special relationships with Sony, and with a popular franchise such as Destroy All Humans!, we are 100% sure that Destroy All Humans 2: Reprobed will release on Xbox Series X|S and PC.

We can’t wait to see Crypto, with the smexy Russian agent, Natalya in this remake.

In our review of Destroy All Humans! on PC, I slapped an 8 out of 10 score, stating: “Forget about compelling storytelling, forget about being serious, Destroy All Humans is about having fun, being entertained, and giving you a nice laugh of it being satire and cheesy. This remake adds a layer of beauty and improvements, it’s another faithful recreation of an old game that invites newcomers to play what we consider to be a classic gem.“