Check out the locations you can "visit" during your trip! 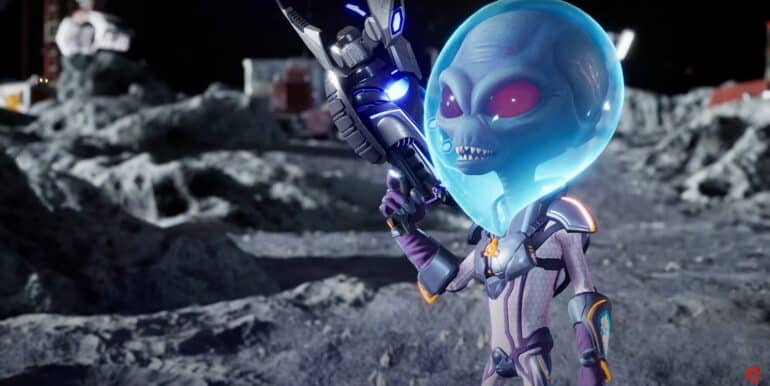 THQ Nordic has recently released the new Destroy All Humans 2 Reprobed Locations trailer featuring the various locations players could visit in this entry.

The Locations trailer showcases all of the various locations that Crypto can “visit” during his trips. It revealed Bay City, Albion, KGB headquarters, the moon, and many more. He is accompanied by Natalya who gives him ideas on how to go about their day in certain locations like destroying skyscrapers, burning bridges, turning a town into ruins, and many more.

Players will be able to visit these locations for Crypto’s revenge against the pesky Human settlements in the name of the Furon Empire.

Destroy All Humans 2 Reprobed has a majestic “Second Coming Edition” available for pre-order now. This limited Collector’s Edition includes all digital content as in the Dressed to Skill Edition and comes with a gigantic, 27.6 inch / 70 cm high Crypto-figurine, an “Arkwobbler” which is of course a wobble-statue of the great Arkvoodle, a vintage metal plate, an artbook, the orchestral score on CD and the game for your favorite platform. Destroy All Humans 2 Collector’s Edition is on sale at an SRP of $399.99.