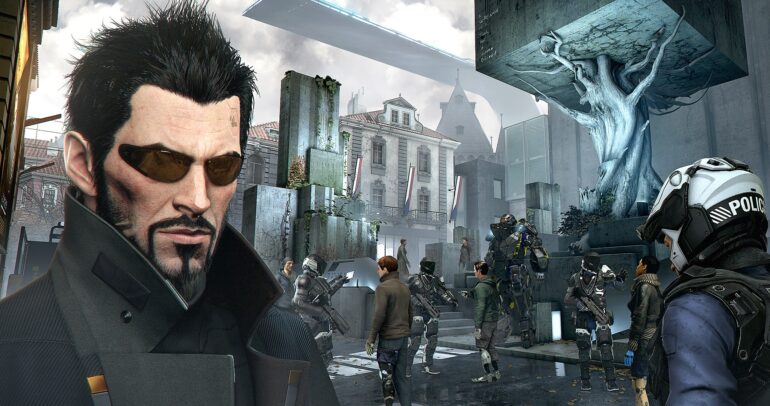 Deus Ex: Mankind Divided is the latest game in the Deus Ex series and it is the 2nd game that stars Adam Jensen. The story begins 2 years after the events of the first game and things have significantly changed since then, the mass riot of the augmented at the end of the first game has given rise to major segregation and discrimination between the augmented and the naturals.

Most augmented humans being treated as lower class citizens because of it. This is the type of tone the game wants to place the players in and for the most part they succeed. It sets the atmosphere with the city itself wherein several checkpoints are established to limit access to the augmented. And given that you, yourself are augmented, even you are stopped the first time you access any new checkpoint. The LIMB clinics which were once a booming business in the first game has closed down and become a derelict building.

The poor and impoverished people on the streets being mostly augmented. The snippets of conversation and emails you can read while exploring depicting a mistrust from some of the naturals while showing paranoia and fear from the augmented. All of these things contribute greatly towards establishing the tone that the game has set. And the game does this for a good reason as it becomes the focal point of the current game’s conspiracy with various groups pushing their agenda towards alleviating this discrimination or propagating with each having their own reasons for doing so. 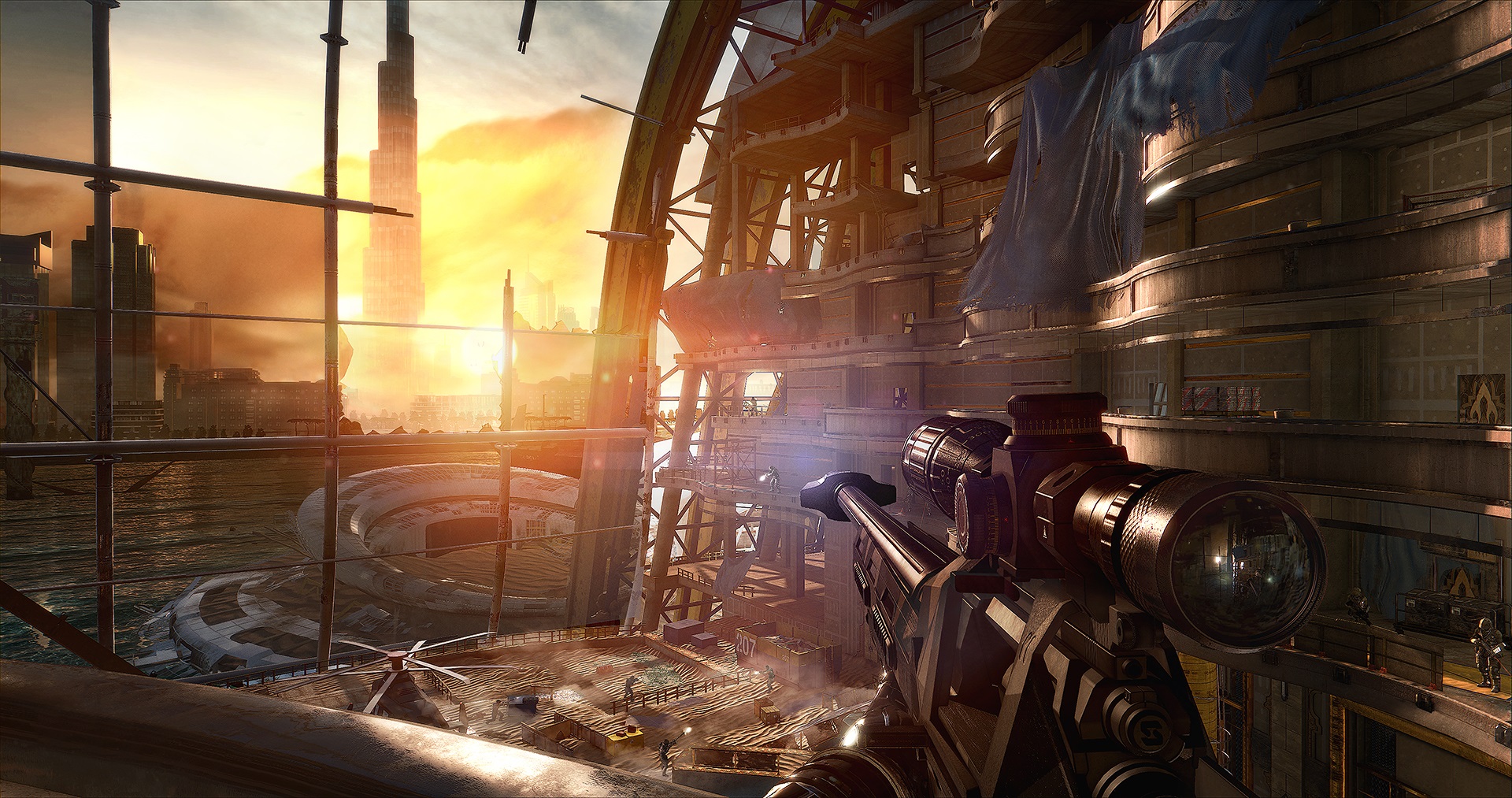 It’s a compelling story limited only by some things that are left unexplained though that might simply be a set-up towards the continuation of the series. Personally, I think this is a good thing as it gives us more things to be suspicious about, more things to anticipate in regards to its possible sequel. The main cast themselves are a varied bunch and likeable enough. Adam, of course remains much the same, the conversation choices you are given often depicting him well. He remains blunt and confrontational while strictly fighting for what he believes in. Miller is a good guy sandwiched by his duties.

Macready is the uptight superior, who while hating your guts, begrudgingly respects you. In other words the characters fit well into their roles while never becoming particularly likeable. And personally, I find that to be alright as Deus Ex: Human Revolution wasn’t much different. It’s a game that focuses more attention on the main plot lines of its main story quest line as well as its side quests. Just like in the first game the side quests are well done.

Each telling a little something more of the world of Deus Ex. They are still varied and plenty enjoyable to go through. So, after tackling the story let’s move on to the game’s graphics. The game has greatly improved in this regard, the characters and environment are far more detailed than the last game. It was able to establish bright and dark areas within the game while maintaining the atmosphere in both. The level of detail is truly impressive. The character models look better than ever. There are things to complain about however. 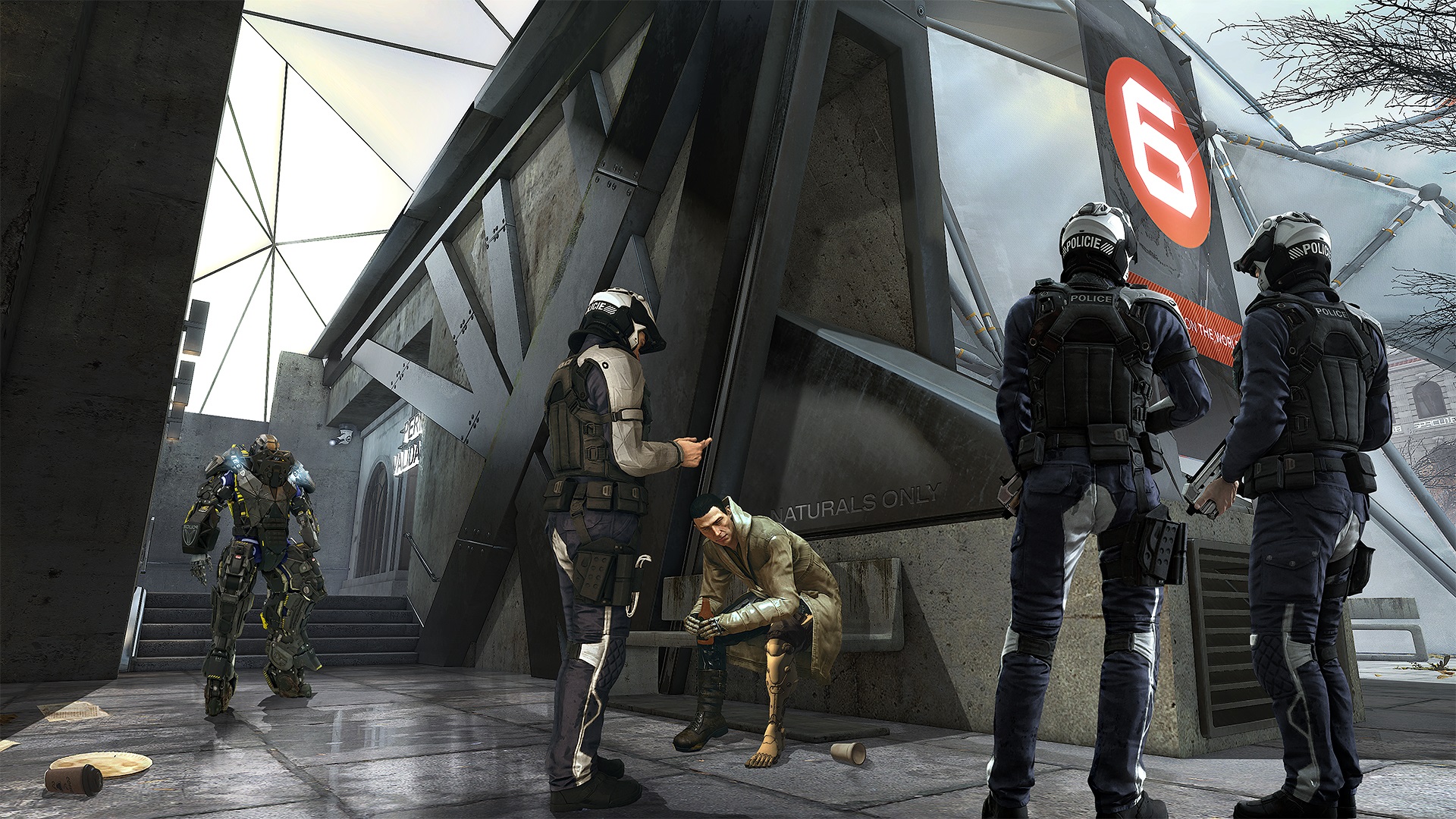 First, the facial expressions are limited making all of the characters have the emotional range of a teaspoon. Second, the lip synching is a definite miss. Third, noticeable slowdowns occur during some parts of the game. Outside of these 3, the other issues are minor things. Still, points that can be improved upon for the next game. Music wise, it’s appropriate but nothing ear popping. Now, we let’s get into the gameplay, let me start this off by saying that I personally believe that Mankind Divided’s gameplay is completely superior to Human Revolution’s.

The controls are simply sleeker, the additions are enjoyable and add an extra level of interactability within the game. The new tweaks into the system simply open the game up a lot more. This is particularly true of the new augments, the Icarus dash and the remote hacking in particular just add more depth of choice in what had already been a game that allowed you to choose how you tackled objectives. Want to cross the hall without being seen by a guard that can turn around quickly? Use an Icarus dash. Can’t get the elevator to move up? Use remote hacking. The new augments simply open up the game a lot more.

Furthermore, it seems the developers heard at least some of the fans wishes as there are now ways to tackle bosses in a completely non-lethal way. The new cover system is also a great addition as it allows for better mobility in either direction you may choose to take, whether stealth or combat. The new cover system makes use of markers that indicate where Adam will go, how far he will go and what route he’ll take to get there. It’s one of the reasons why the game controls feel a lot better than they did before. Sadly, combat hasn’t really changed all that much. It still feels like a generic shooter whenever you take yourself into the combat though this may simply be preference, I found that I personally enjoyed ghosting my way around an area. 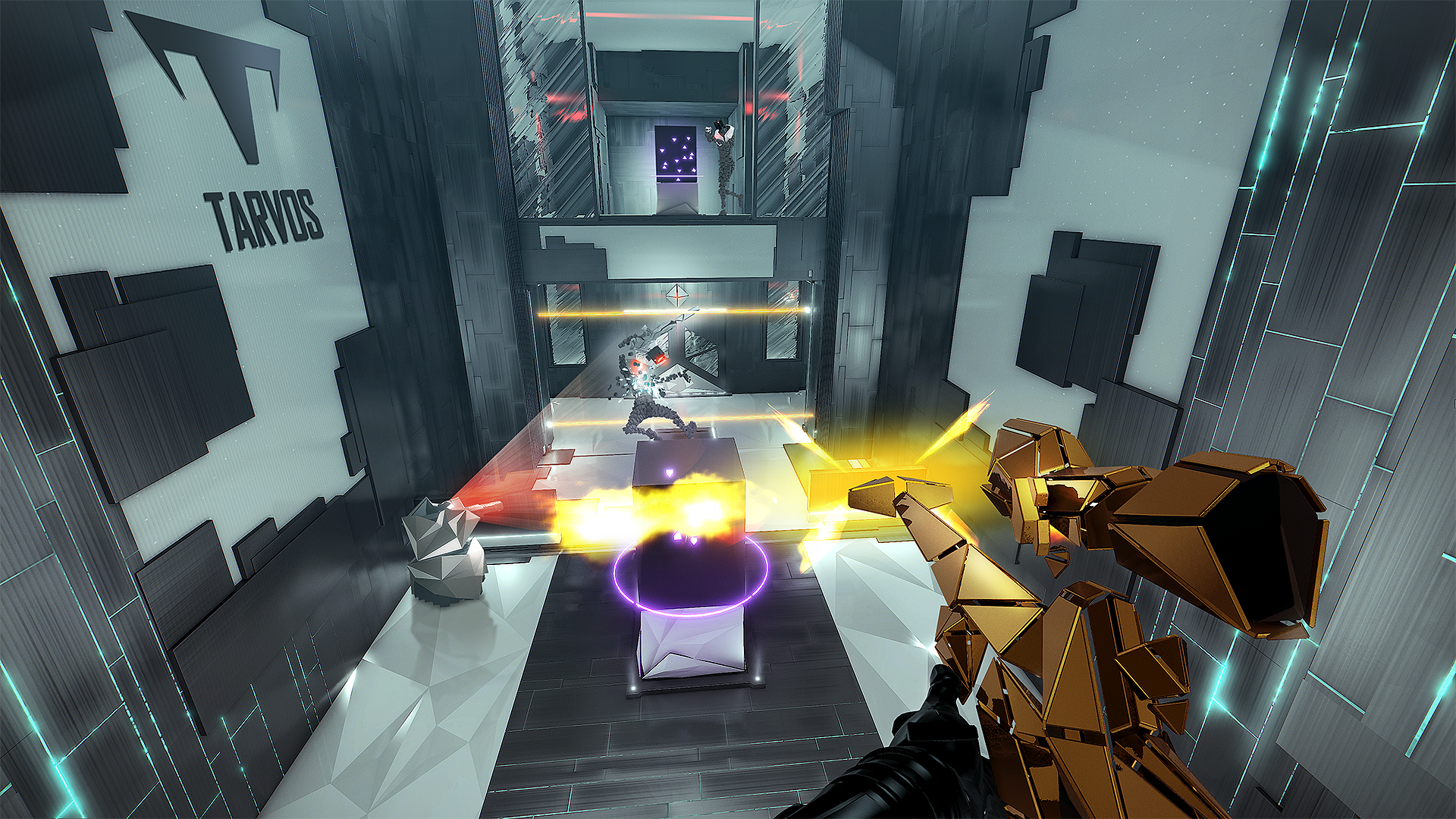 Sometimes even reloading a past save if I was found by an enemy. The already great hacking game from the first game makes its way back into this edition and is in fact better than ever with new programs adding a greater depth into the system. To put it simply the game is simply a lot more fun than before. In terms of replayability outside of New Game plus, the addition of breach mode serves to increase the game’s replayability.

Breach mode is to put in the simplest way possible a time attack version of the main game, with smaller stages and more confined and less beautiful locales. Most of the core gameplay from the main mode remains here though it is locked beneath what is to me a questionable system. The upgrade system of the mode takes the form of booster packs. These packs contain everything from weaponry and consumables, to new praxis kits or mission modifiers. In both the main game and breach mode SE has added micro-transactions into it. This is only for those who want to use money to get an edge of course as the game is perfectly fine without once dipping into those microtransactions. Deus Ex: Mankind Divided is an excellent sequel to Human Revolution and one that any fan of stealth games should buy. 8.5/10