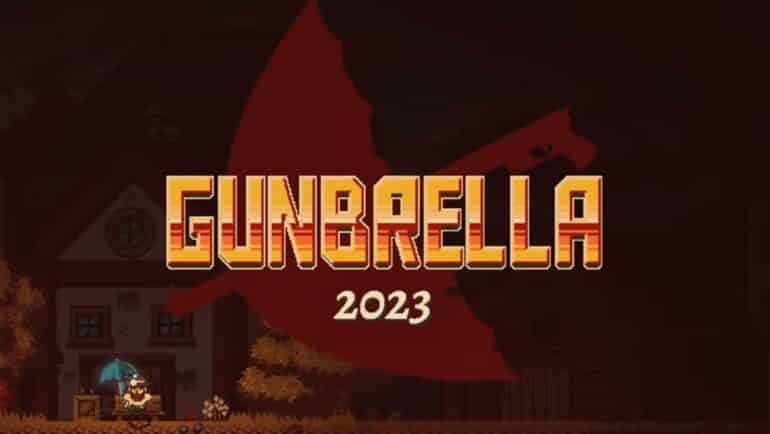 Developer Doinksoft has teamed up with publisher Devolver Digital to reveal today Gunbrella; a noir-punk action-adventure game set in a world dependent on a rapidly diminishing natural resource. Gunbrella will glide onto PC (via Steam) and Nintendo Switch in 2023.

To celebrate the event, Devolver Digital unveiled a Reveal Trailer for the game with more rainproof weaponry.

Players take the role of a gruff woodsman on a quest for revenge, armed with the mysterious Gunbrella: a firearm that doubles as an umbrella. His investigation becomes entangled with the inner workings of ghouls and gangsters, cops, and cultists, and the fallout of corporate exploitation.

Gunbrella is set to release on PC (via Steam) and Nintendo Switch in 2023.