Get a chunk of gameplay with this new video! 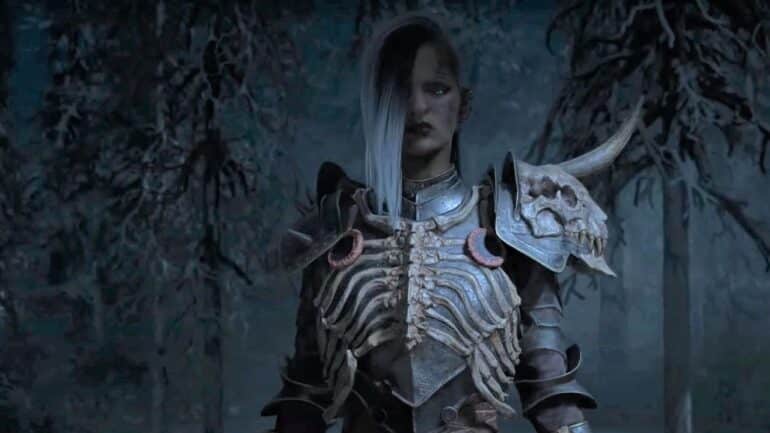 Appearance of the Diablo 4 Necromancer

During the Xbox and Bethesda Games Showcase, Diablo 4 was shown and the Necromancer class was revealed. For the most part, it was CGI only focusing on the Necromancer class and how he/she is feared and shunned by the community, but also quite powerful against the forces of darkness. After a few days, a new gameplay video was released by media outlet Game Informer.

The video is 11 minutes long, giving fans a rather chunky length of gameplay of the Necromancer class. There were four locations shown in this video: an ice cavern of sorts, greenlands/marshlands, barren lands, and the desert. It showcases what the Necromancer can do from summoning skeleton minions, attacking with its scythe, the various types of monsters to defeat, and the field boss monster to watch out for.

Throughout the video, various types of monsters are being fought by the Necromancer and are easily felled by him/her, his/her ghastly powers, and his/her powerful minions. The hosts have not specifically detailed the skills used by the Necromancer, but they were quite amazed of the familiar and new powers that he/she has in the new iteration. Aside from monsters, it seems there are also human types of mobs can be fought in this iteration, possibly demon worshippers and the like.

The last monster that everyone had to fight was the field boss that carried a golden box, possibly filled with tons of treasure. It took a lot of characters to take this monster down. Surprisingly, at one point, a treasure goblin opened a portal, looked around, and quickly ran away before it got killed.

Diablo 4 is being planned for release sometime in 2023. It will be available on PC, PS4, PS5, Xbox One, and Xbox Series X/S.