A showcase of wicked and powerful weapons and armor of the Necromancer. 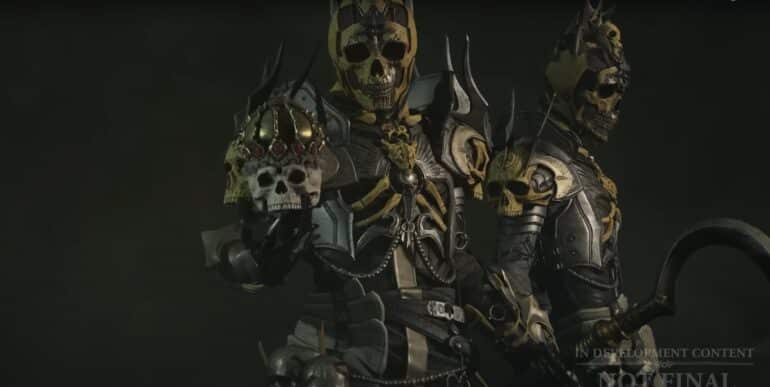 The Necromancer is the fifth and final class of the whole roster for Diablo 4 and has some powerful abilities that no other class has. They can summon skeleton warriors, cast deathly magic, and can wield powerful weapons that can mow down enemies in just a few strokes. Possibly one of the favorite classes to choose in previous Diablo titles and possibly in this upcoming increment.

There was a showcase of its gameplay recently, but now a new clip emerged, more than 2 minutes long, and showcases its powerful weapons that the Necromancer wields in combat and the beautiful and bizarre armors that they wear. While the clip is short, it does showcase who varied the weapons and armor designs are and they are quite awesome to look at. The Necromancer wields a two handed sickle, which could be called a death sickle at this point due to its purpose: to kill its opponents as bloody as they can.

How to describe the variety of armors for the Necromancer? Bizarre, weird, and creepy yet powerful and enticing to collect. They range from skull helmets, skeleton design armor, to just armor made out of human muscles. If there is one class that can wear these types of armor, it is the Necromancer for sure.