An old experience for returning players 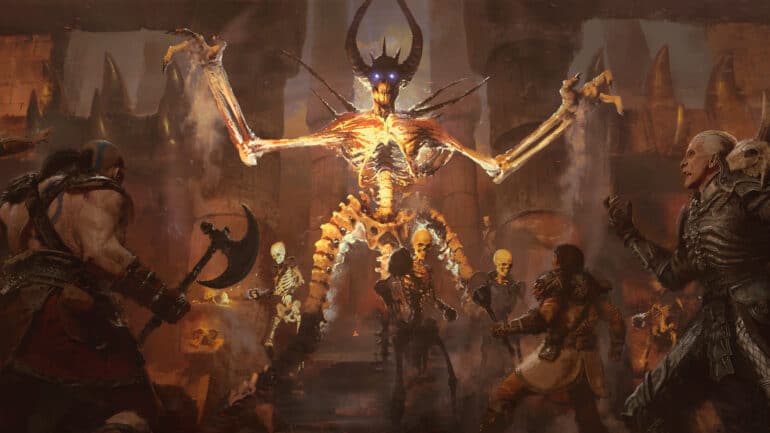 Diablo II: Resurrected brings back the old time classic into the modern age via a remaster of its assets for both main game and its expansion. For players longing for a classic experience, Resurrected just might be the answer to their prayers. Now it’s been a very long time since I played the original Diablo II, but the moment I booted up Resurrected I instantly got nostalgic. Resurrected just nails the dark, depressing atmosphere that the original game had.

The beta only allows five of the seven character classes to be playable. Necromancer and Assassin seem to be locked off for the time being. Out of all the classes, the Druid was what caught my eye. Beside the ability to summon the forces of nature on his side, the Druid can shapeshift either into a werewolf or a werebear which I thought were fun perks of the class I wished to take advantage in. I immediately sank all of my skill points into a Druid with a werewolf build. Because who wouldn’t want to mow down the forces of hell as Van Helsing?

Diablo II: Resurrected is what every remaster should be. There’s an option in the game to press a button and play it as it was back in June 2000 and the difference between the remaster and its original is like night and day. However it is a remaster and the game’s mechanics feel the same as they were. If you’re looking for a new experience, then Resurrected is pretty much just a reskin of the original with updated graphics. It’s perfect for those who want to re-experience Diablo II and those who missed out on the original.

During the beta, there was very little tutorial. It’s been a long while since I got my hands on Diablo II and Resurrected just sort of dropped me off at camp to figure out what I wanted to do. I just started talking to people before someone eventually gave me a quest to venture off to the plains which were overrun with demons.

The character skill tree was surprisingly more extensive than I recalled. I can still choose what skills my Druid wanted to invest in. I could have him cast elemental damage, shapeshift into a beast, or summon animals to fight for me. It’s every bit as fun to play around with as the original Diablo II was. Building your character with the right equipment, stats, and skills while enchanting that equipment to help you in battle was half the fun.

The combat can and will feel dated. It’s just as much fun as it was before. But you’d have to be willing to forgive its age. Combat can feel quite static and nowhere near as fluid as most games of its genre. Attack animations are stiff and sound effects can be quite stale. One could argue that it’s part of the charm but newer players might not appreciate this.

I did experience a few annoying problems in the beta. Its online features can seem problematic as I’ve experienced latency when trying to move around or bludgeoning enemies out of the way. Thankfully the final game does promise a separate offline experience for those planning on tackling their adventures solo. If not, you can always join up with up to seven other players in a party of eight.

Diablo II Resurrected will feature cross progression. So whether you’re playing on PC or console, you can always carry over your progression, character, and inventory to wherever Resurrected is available in. You just need to have a linked Battle.net account for all supported platforms. Though you do have to purchase separate copies so that might not be as enticing for you as it sounds unless you’re planning on changing platforms midway.

Unlike the unpopular Reforged, Resurrected isn’t here to replace the original. And will still accept your saved files from the old game allowing you to continue your journey. So this is a pretty promising aspect for older players.

While I can’t say for sure that Resurrected is worth buying just yet, I can say that I had fun with the beta. However this can be difficult to recommend to newer players as Resurrected doesn’t contain the conveniences that modern games have. Resurrected is still really solid but much of it is built around the original Diablo II which can feel a bit dated.