Raise an undead army to defeat the demons! 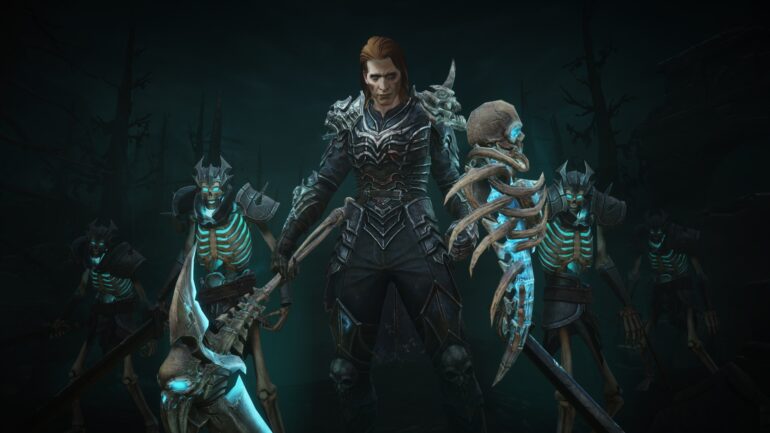 Blizzard Entertainment has revealed that the Diablo Immortal Necromancer class is finally getting added to the upcoming closed beta.

In the previous closed-alpha test of the game, there was one class that was missing in the roster and that was the Necromancer. In the recent Media Pre-Brief that Sirus Gaming attended, Blizzard’s Production Director, Caleb Arseneaux, revealed that in the closed-beta, testers will be able to try out the fan-favorite Necromancer. They will be able to reanimate corpses to create an army of the dead and attack with close or long range weapons, inflict curses and pestilence on their enemies.

The Necromancer in Diablo Immortal will have skills that are familiar from the previous Diablo games like D2 and D3. In this version though, it will have unique new abilities that this mobile game only has like the Ultimate Ability that can be charged up with the Primary Attack. There are also a ton of new Legendary Items and Affixes that mutate and change existing abilities of the Necromancer.

Arseneaux did not divulge more details about these items and affixes because he thinks it might spoil the fun.

There are also other details that were shared during the Media Pre-Brief like the controller support, new features to expect, PvE and PvP updates, and more which can be read here.

Diablo Immortal is planned for release in the first half of 2022 on mobile devices. The closed beta will start at 5 PM PT on October 28, 2021.