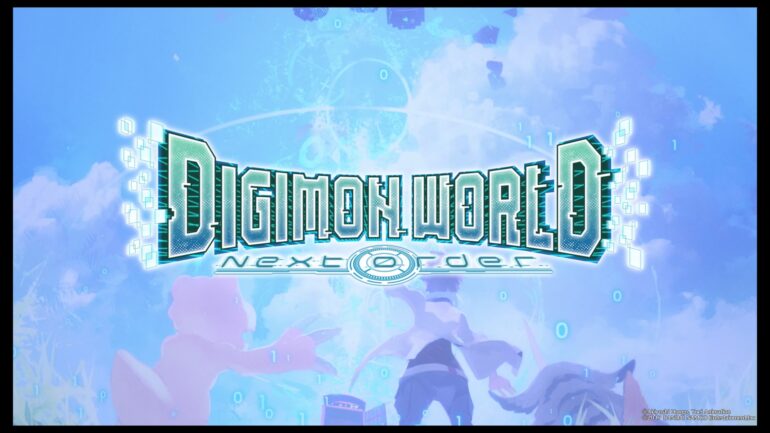 Let’s get this out of the way first. This review will be coming from a 90s kid who has devoted more of their playtime on Pokemon and Yugioh than Digimon. And while I do remember briefly being jealous towards my friends who owned Digimon toys, I never really felt a serious connection to the franchise.

That being said, I did get hit by a small wave of nostalgia when I first played Digimon World: Next Order. It made me realize that Digimon really was one of the most badass titles of the time. Had I been a little older during its peak, I may have even preferred it. 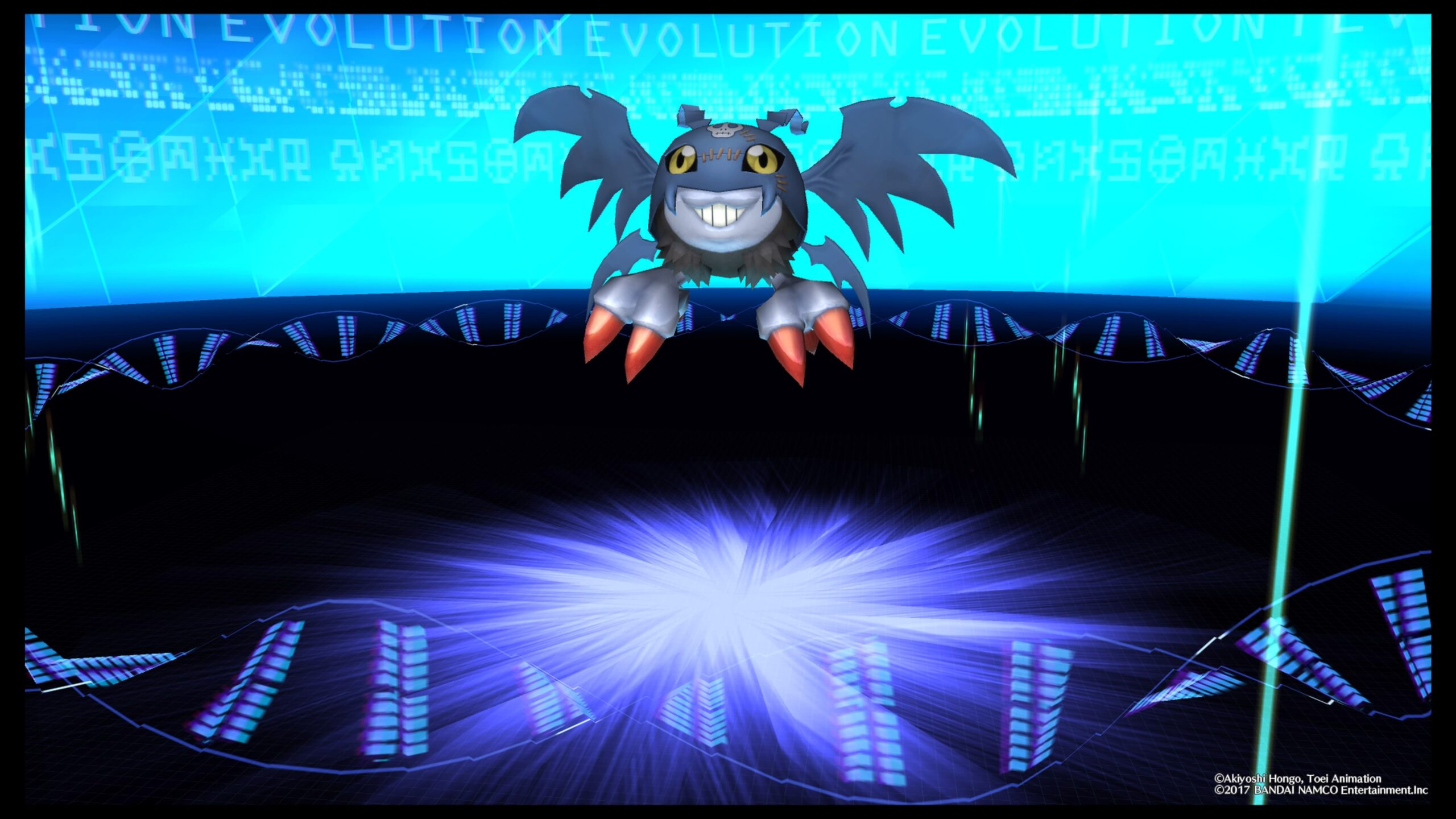 Raising a Digimon takes a lot of work. Digimon World: Next Order allows you to choose and care for two Digimons that serve as your partner. You feed them, train them, make sure they get rest, and make sure that they get to the bathroom on time. You also get to communicate with them and discipline them as you go about your adventures.

The system in place for raising Digimon is also highly elaborate, almost like an ongoing puzzle. How you train them, how you raise them, and how you communicate with them dictates how they will digivolve. There are many criteria that you have to watch out for in case you want to control how a Digimon will digivolve.  But while it get frustrating, and confusing for an outsider of the franchise, the multiple layers put into place for raising Digimon is certainly commendable. With little information on how to get the Digimon you want, it almost makes the game feel organic and real. 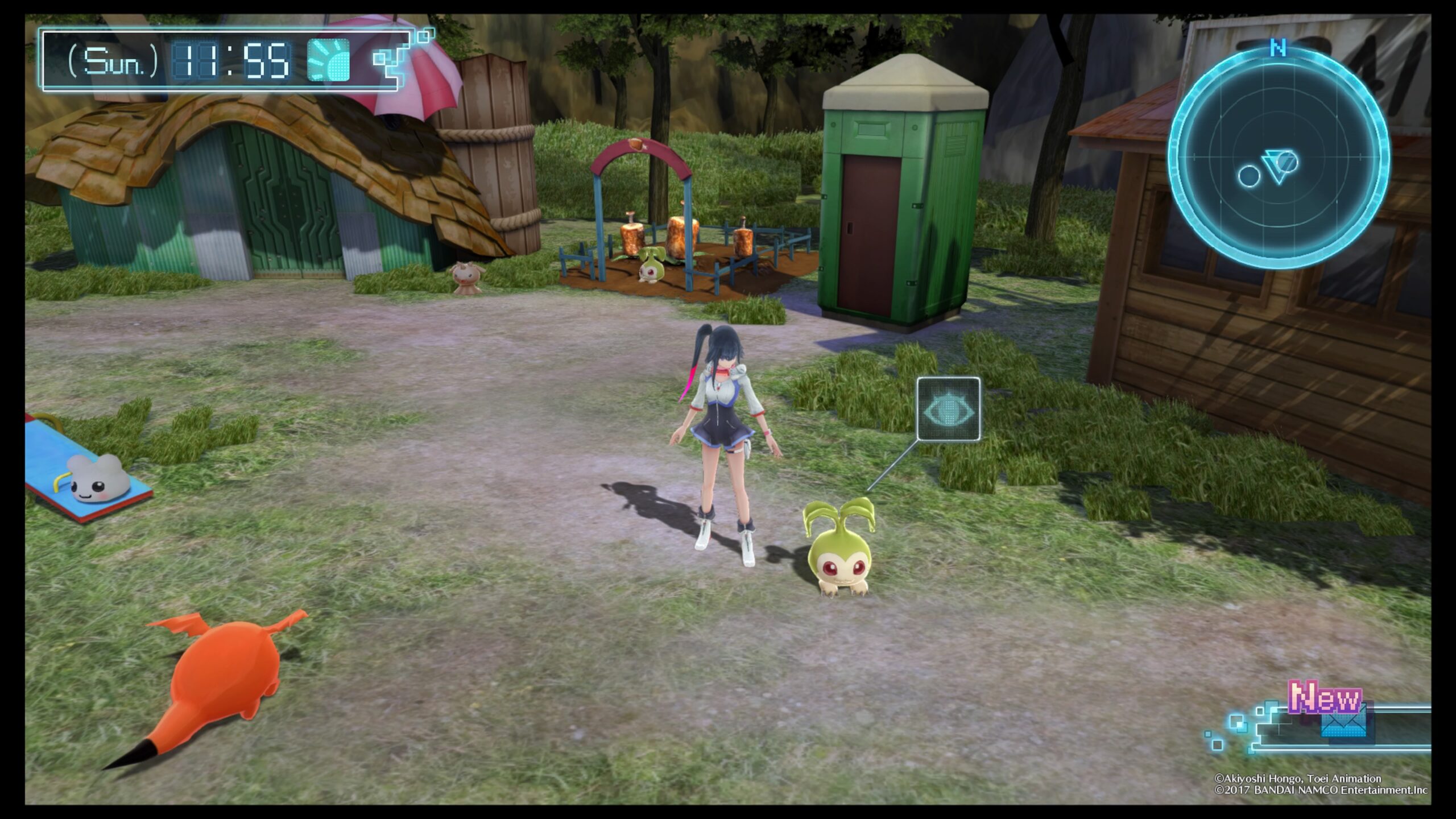 If at first you don’t succeed in getting the Digimon you want though, the game gives you several opportunities to try again. For those who are new to the series, Digimons die too so try not to get too attached. To make it easier for you to move on, know that they can be hatched once more and with better stats than the last one too.

While you may think that raising another Digimon again from start to finish is difficult, consider that by the time your first Digimons die, you would have been able to invite more Digimons to your town to build a better city so you can easily retrain your new Digimons. It’s a balanced challenge that has made it easier for me to experiment with how I raise my Digimons.

Raising Digimons is one thing, fighting with them is another. While I thoroughly enjoyed raising adorable little devils, it was a bit of a struggle to get into the combat of the game. Combat in Digimon World is neither real-time or turn-based so it’s a little difficult to enjoy the flow if you aren’t familiar with the game. 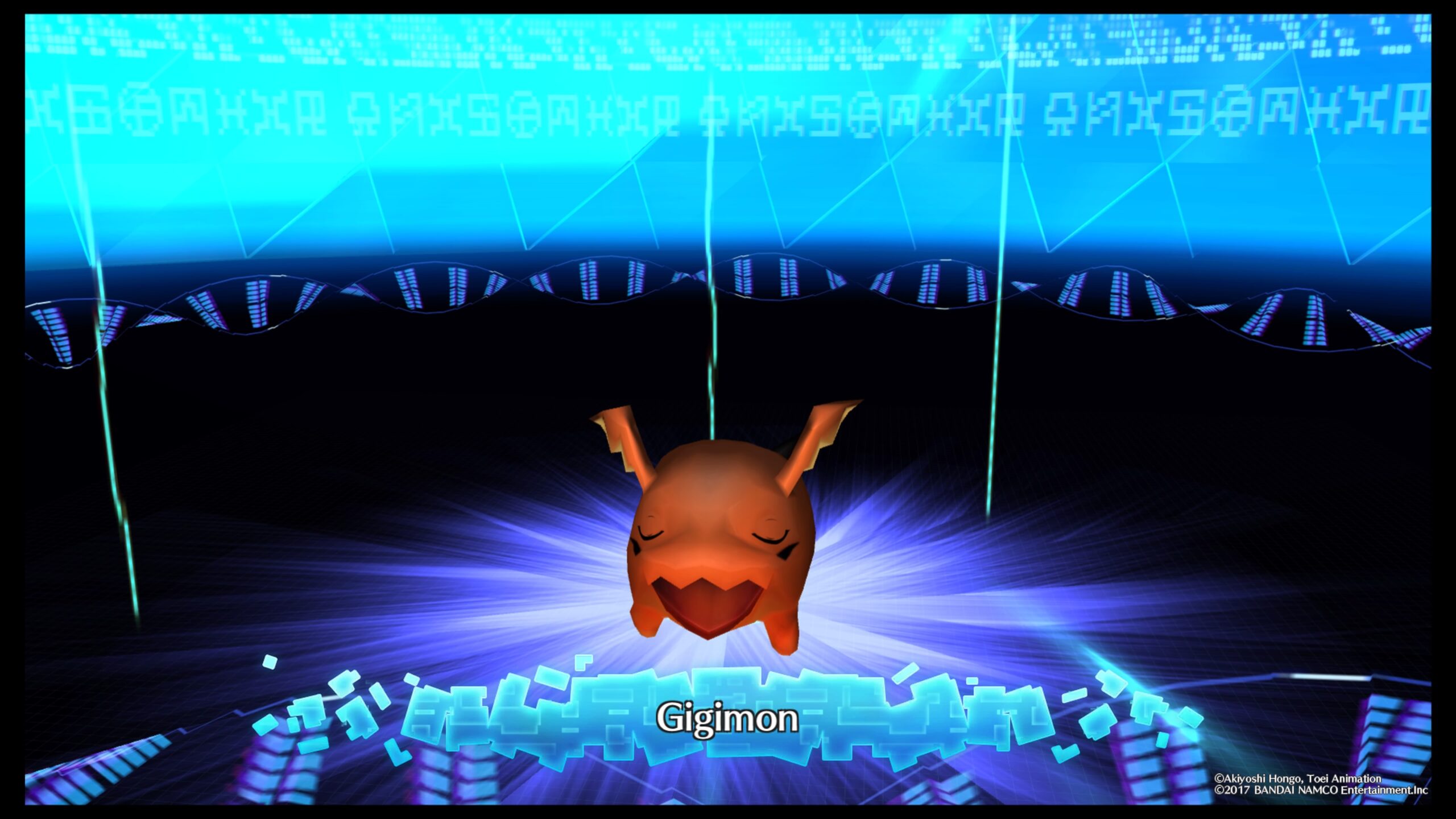 It was very confusing at first. Like digivolving, you don’t have full control of the situation when it comes to fighting. You can select a Digimon’s tactic in battle but you won’t have full command of them. Their success relies on how you’ve trained them. You can give them orders but the strength of which also varies depending on how much you’ve bonded with them. To make it easier on you, you can cheer on them in the sidelines which will give you a higher Order Power, giving you an opportunity to give them a specific command.

This hands-off type of combat is a double-edged sword. It could give you thrilling battles, or it could make you feel lacking. Because the Digimon’s chances are mostly affected by how you’ve trained them, the game adds a little more thrill and tension. You have little control of what’s about to happen so you’re hoping for the best. However, because you also have little control the fights will sometimes feel a little boring, especially if you’re used to actively participating in combat.

Finally, let’s talk about the last two elements of the game. The world and the story. First off, expect that you will have many battles and encounters, as the world of Digimon World: Next Order is vast and filled with a lot of side quests. There are a lot of areas to check out and things to do. Whether or not you’re a fan of the series, it’ll take up a large chunk of your gaming hours if you’re really immersed in the game. 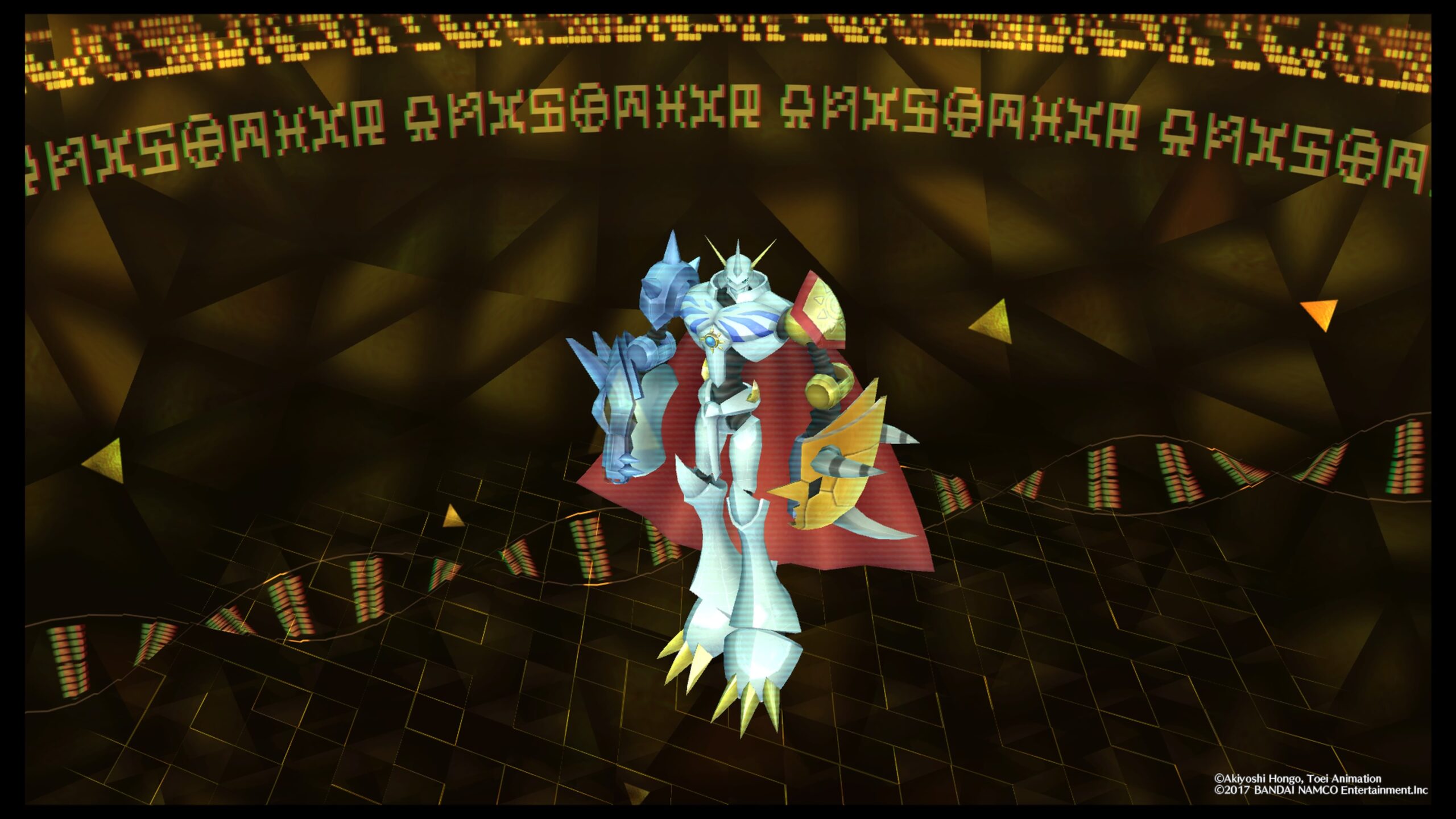 However, don’t expect the story to be engaging enough if you’re not a fan of Digimon. I found the narrative and dialogues of the game were generic and bland. The story starts strong and if you’re a fan of the series it will definitely get your heart pumping. After that though, the story plateaus and the gameplay ends up pushing you to play the game more instead. Perhaps if I understood the lore better, I would be mildly attentive, but the gameplay of Digimon World definitely eclipses its story.

All in all, I would still highly recommend Digimon World: Next Order. Even though I’m an outsider, its deep system for raising Digimons is engaging and fun enough for me to like the game. The added challenge of having to really pay attention to your Digimon and knowing the right criteria and actions to get the right evolution makes the game even more fascinating to play. I would like to believe it’s a great upgrade for Digimon’s niche audience and it would also be a fun game for those who are curious to the franchise.

THE GAME IS A GOOD BUY DEPENDING ON YOUR PREFENCES OF WHAT A “GOOD BUY” IS.
Read our Review Policy here to know how we go about our reviews.