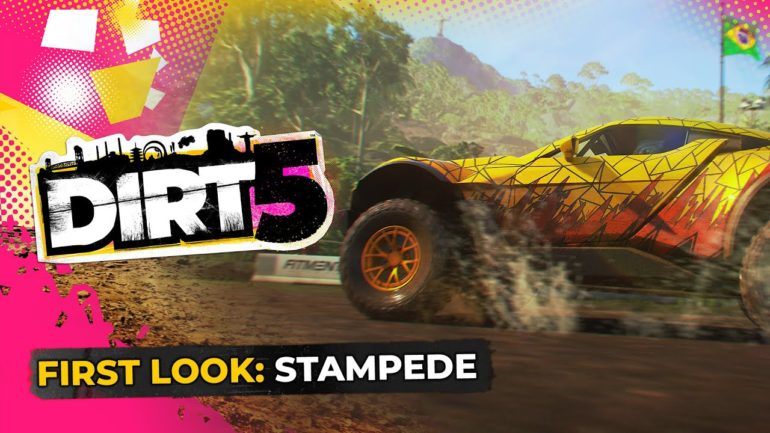 This is the latest work-in-progress gameplay video featuring a first look at a Stampede track in action. This is based in between the iconic Arizona buttes.

The Stampede circuits are though due to its hard, unforgiving natural landscapes and were built for rough-and-ready machines with suspension and shock absorbers. In these extreme events, up to 12 cars can compete in it.

The new gameplay video shows the game’s dynamic weather system at work with an incoming lightning storm transforming the terrain and skyline.

Dirt 5 will launch on Oct. 9 for PlayStation 4, Xbox One, and PC with Xbox Series X and PlayStation 5 coming later. The Google Stadia version will be launching in early 2021.

Stampede features rough terrain and the opportunity for vehicles to get airborne with jumps dotted throughout each circuit. Perfect for unlimited trucks and buggies, the action intensifies with 12 cars all battling for victory so players will need to get their elbows out and hold their nerve.