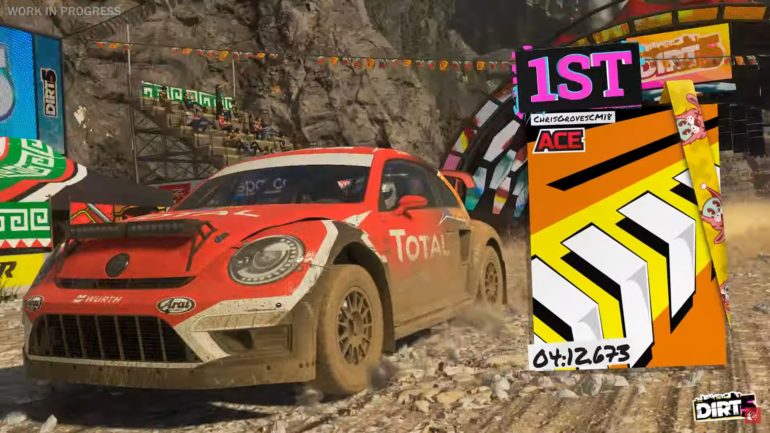 The latest gameplay video gives fans a first look at the Rally Cross class, which features the official FIA World Rallycross vehicles. It features more Ultra Cross action: technical and twisting circuit-based events to the game, which is ideal for agile and compact machines like the World RX roster. This event also takes place in Italy, which sees the vehicles weaving around iconic monuments and natural obstacles.

Italy has proved to be an incredible setting for racing. Carving out routes within a quarry, an abandoned marble mine, and underneath the stunning Ponti di Vara bridges challenged the team, but players will love the experience.

Having FIA World Rallycross cars in DIRT 5 was a must, not just for their speed and agility, but their stylish aesthetic, and a perfect fit for a game like ours.

Dirt 5 is coming to PlayStation 4, Xbox One, and PC via Steam this coming Friday, Nov. 6. It will be available on Xbox Series X/S and PlayStation 5 at a later time. A Google Stadia version launches early 2021.