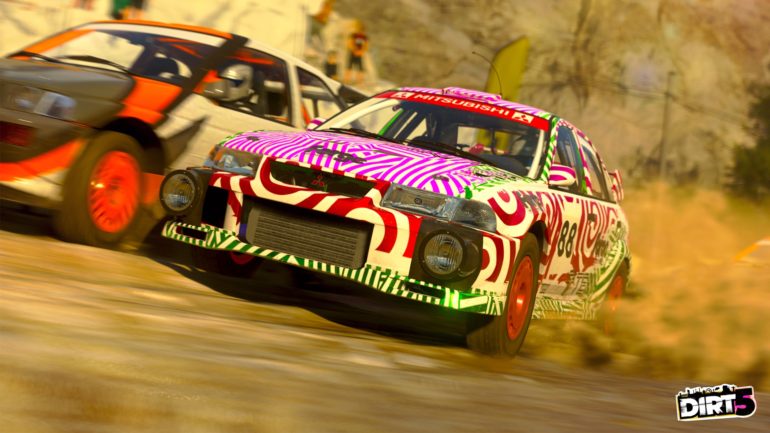 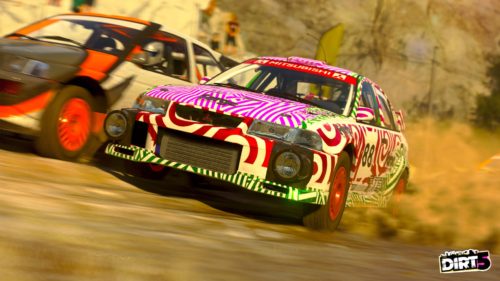 I handed the controller to my dad who hasn’t played a console game in years and seeing him navigate a Ford Raptor skillfully through tight and icy turns was such a sight to behold. After a couple of retries, he then declared that the game was great and I couldn’t help but agree. Dirt 5 is by no means a driving simulator, but a racing game that’ll truly make you feel like a badass.

You can tell that Dirt 5 was made with next-gen consoles in mind because at the jump it makes you choose between prioritizing performance or graphics. Performance mode prioritizes a stable frame rate over pretty graphics, while graphics mode does the opposite. Since I reviewed the game on a vanilla PS4, performance mode was the way to go. The visuals in performance mode aren’t awful by any means, but you can really tell that there is a dip in graphical quality.

The vehicles, that you’ll get to drive, in Dirt 5 come in all shapes, sizes, colors, and brands. There are 13 classes overall, each with a handful of branded vehicles that you’ll get to choose from. From Ford, Peugeot, Volkswagen, Aston Martin and many more are here.

Overall, these vehicles look great, they all handle pretty well, and speaking of handling, Dirt 5 has done away with all of the data analytics and car attributes and has opted to focus on just 2 essential ones for each of their vehicles. Performance and Handling are the only attributes you’ll have to worry about and I applaud this choice as it simplifies the process and lets you focus more on the racing than analyzing.

Spread over 9 different countries, there are over 50 locations to choose from. Africa’s Cape Town stadium, Nepal’s Icy Roads, Xinsilong’s Bamboo filled forest in China and so much more have been created beautifully by the developers and are a joy to drive on with all their twist and turns, slippery slides, and exhilarating jumps. There are 7 race types in the game, each tied to a particular location or course. Land Rush, Ultra Cross, Rally Raid, and Stampede are pretty much the usual lap and point to point racing game modes. Ice Breaker still has you doing laps but on an Icy and slippery racecourse. Pathfinder events is a point to point timed run on an unforgiving off-road course. Lastly, we have Gymkhana where you need to perform tricks to earn points in an obstacle course. My personal favorite would have to be the Pathfinder events as you don’t get to drive across 40-degree slopes much in other racing games.

Dirt 5 also allows you to choose the weather conditions and the time of day of your races. Weather conditions include Clear, bright, and sunny skies. Heavy rain, which makes roads muddy and slippery. Lastly, Heavy snow, which fills the course and your vehicle with icy snow. I just have to highlight that the weather effects on Dirt 5 look absolutely beautiful.

You can see the mud as it sticks to your tires as your speeding through a muddy ditch and you can see the snow whipping through your windshield as you power through the course at break-neck speeds. Time of Day has you choosing between Dawn, Morning, Midday, Afternoon, Dusk, and Nighttime. Dirt 5 also allows you to apply a time speed multiplier so depending on the length of your race, you can race from Dusk till Dawn. There is a certain majesty that comes with seeing the sun come up and seeing the stars shine in the course of just one race.

After every race, you are rewarded with Dirt Dollars and XP points, which are then spent on Dirt 5’s unlockable vehicles and vanity options. It’s somewhat of a bummer having no option to customize any of the vehicle’s parts, but there is a long list of unlockable colors, decals, and sponsors.

Dirt 5’s career mode throws you through a gauntlet of racing events through the entirety of its many locations. You’ll play as Ace, a faceless newbie in the Dirt Racing series. Your progress is narrated through a podcast hosted by AJ and Bruno, Both of which are played by Troy Baker and Nolan North, the Gods of video game voice acting. As you might expect the podcast is well narrated and the writing is top-notch, filled with humor, gags, puns, and Racing lingo.

I could listen to these two go on for hours and the podcast was easily the highlight of the game for me. Other game modes include the Arcade mode where you can go solo through a course of your choosing against rival CPUs or head to head with another player in split-screen mode and Playgrounds, you can create your very own racecourse, filled with as many turns, jumps, and flaming rings as you want. You can also discover user-created courses on Playgrounds, which are rated by the Dirt 5 community.

All in all, Dirt 5 sets the gold standard for a next-gen arcade racing experience. It’s good when played solo, but the experience is even better when played with a friend. 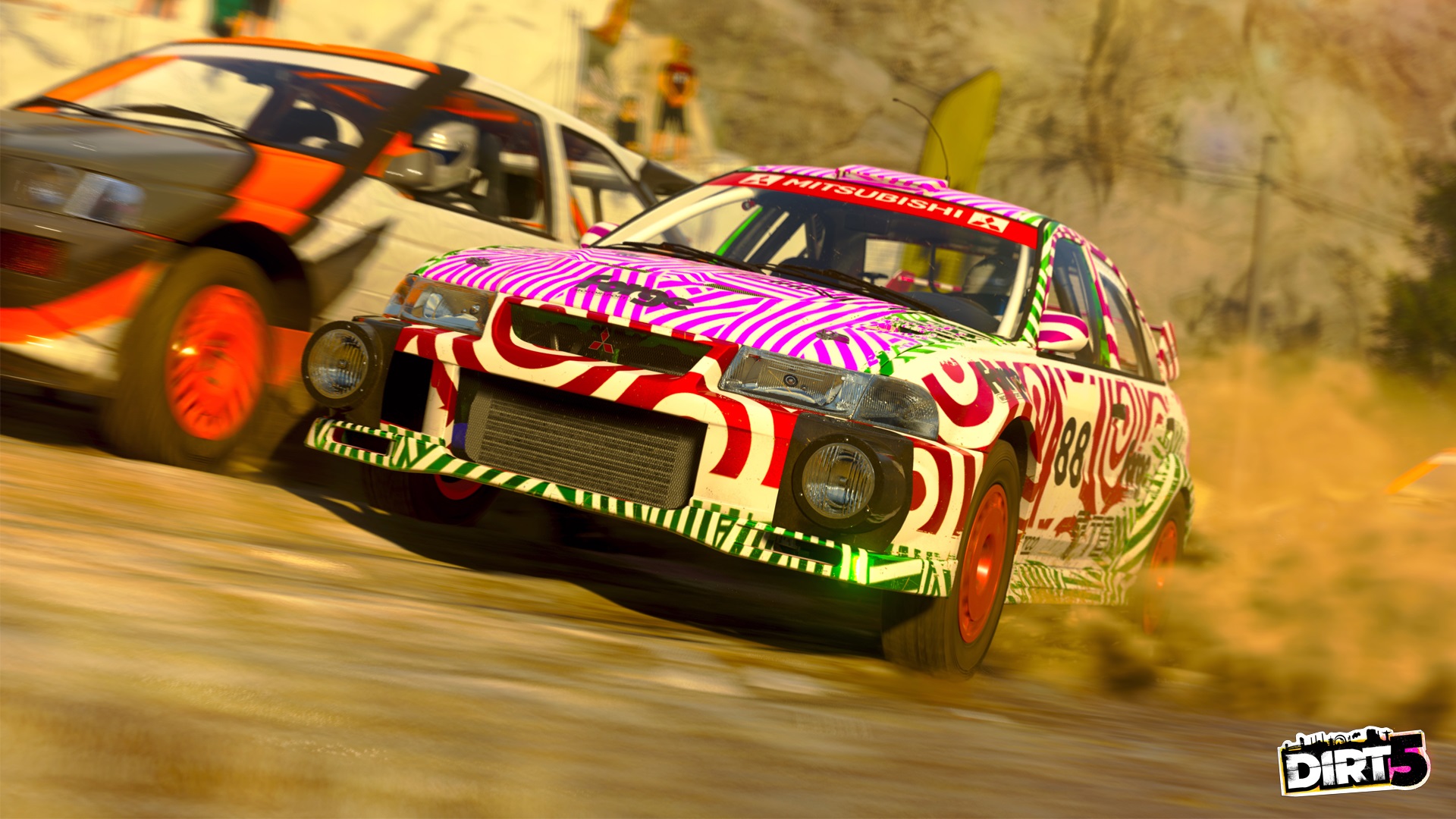 DIRT 5 – Review
Score Definition
When the issues of a game are rolled and stomped by its greatness, then it’s something to invest on if you have some spare.
Pros
Podcasts by Nolan North and Troy Baker
Tons of fun Courses
Lots of Vehicles
Cons
Limited customization options
8.5
Great