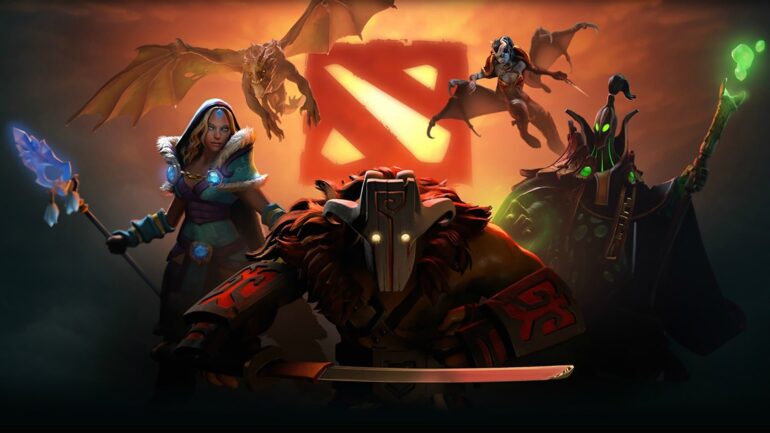 Every online multiplayer game has always had its fair share of loud, obnoxious, mean, and overall arrogant players. We’ve all experienced playing with or against them and nothing ruins a game more than having that one person feel like he or she is better than everyone else. These type of people are especially common within Dota 2, particularly within the Southeast Asian region.

It’s never a good thing when a certain region is known to house some of the worst players to come across in a particular gaming community, but I believe that it’s mostly our fault that we have conjured this sort of image for ourselves. The point of playing Dota 2 is to work together with others to overcome obstacles and win matches as a team. Sadly, a lot of Southeast Asian players have failed to understand this simple concept.

I’ve had many experiences wherein different players would rather opt for the position of carry rather than playing the supporting role. It’s as if every single one of them wants to prove that they can gain gold, items, and experience faster than the rest and that they’ll be the ones to bring their team to victory. The problem with this is that players such as these tend to be selfish and self-centered. They often disregard what it takes to actually win a match, and instead focus on trying to arrogantly show how good they are to both their teammates and their opponents.

Encountering these type of people is something that many players would rather not go through. One of the worst things players can possibly experience is being paired up with them during matches where their in-game rankings on the line. They have cost those who have worked hard to lose the opportunity of moving higher up in the ranks, and a lot of of these self-obsessed and cocky players are actually proud of what they’ve done.

It doesn’t help that these people are quick to anger if any team member were to make one simple mistake, or that they tend to blame their teammates should they make a mistake of their own. They would rather blame everyone else rather than accepting their own faults or the negative situations that are out of their team’s control. This is a very serious problem that a lot of gamers from countries such as Malaysia, Thailand, Singapore, and even India have to deal with. But throughout the many years that I’ve been playing Dota 2, there’s nothing worse than having to play with or against players from the Philippines.

All of the countries mentioned above each have their issues when it comes to toxic players, but Filipinos are indeed one of the worst people to encounter in the game. There have been many times where I’ve been called stupid and useless by these people, even when I’ve done nothing to deserve such comments. They would rather pick roles that suit their playstyle instead of adjusting to what the team needs in order to win. Although players from other countries within Southeast Asia are also guilty of these vile acts (A good example would be hearing “You a stupid dog la!” from a random player in Singapore), it’s the Filipinos that tend to show these negative and inexcusable traits the most.

It’s as if they have this high superiority complex wherein they try to be show-offs, thinking that they can win game after game with their assumed level of skill and knowledge. It’s because of their way of thinking, along with their large egos and selfish attitudes, that a lot of players have been complaining that multiple in-game matches within the Southeast Asian server have been ruined.

I’m not saying that all Filipino gamers are like this as there are those who are quite skilled and actually try their best to play as a team, but majority of them tend to think of themselves as a one-man army. It’s because of that, Filipino players tend to ignore what it means to work together and end up losing more matches than they win.

Toxic players are always going to be a problem, but there’s always a way to at least prevent the issue from getting worse. I’ve done an experiment wherein I remained consistently polite and courteous within every match I played. I greeted players, told them that I would work hard for the sake of winning and did everything I could to support everyone as a member of the team.

Because of this, players became more cooperative and everyone acted as a unit rather than a disorganized, chaotic, and uncontrollable mess. Of course that wasn’t always the case as there were still those who remained rude, irate, and stubborn (to the point where they continuously barraged me with insults just because I couldn’t help at certain points during a match), but it was still nice to see that players became more open to the concept of teamwork.

If a couple of nice gestures and encouraging words are all it takes to make Dota 2 more enjoyable, then toxic players that reside within Southeast Asia should definitely consider changing their attitudes towards how they go about in the game. Otherwise, the way how people from other regions will picture us as Dota players is never going to change.

So how do you go about dealing with players that get you agitated? Do you tend to ignore them or do you fight back and see if they’ll stop? Leave a comment and tell me how you handle these kind of people.