Here are the teams and its lineup for The International 10. 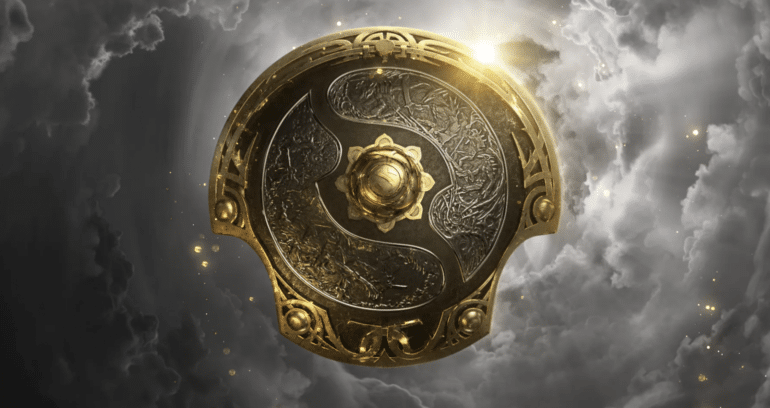 Playing DotA is directly related to watching the international unfold, as we wait patiently for it to start we are able to play Nemestice events, Caverns, and good old regular DotA. At Eldorado.gg players are proud of playing the game, knowing the game, and helping people evolve their game through our services. We understand that is hard to experience real DotA, or something that vaguely resembles what we see at The International, but if you would like to have a taste of the best the game has to offer, they have DotA 2 accounts and boosting services to get you there.

Aside from playing, studying, and learning from the best players in the world is the optimal way to improve and grow in the game. Here are the players, and teams playing at The International, you can keep track of them and what they are practicing and doing right now.

Known for their nearly perfect laning phase execution, and the highest-rated DPC team, also the most individually talented roster, Evil Geniuses has a very strong chance of snatching the Aegis this year. With consistent results throughout the year, their results and synergy have improved consistently and fans expect great things from fan-favorite the fan-favorite roster.

The absolute favorites to take the Aegis home this year, PSG.LGD has delivered the best and most consistent results DotA has seen in the last three years. Coming in second and third at the last two Internationals, winning the last Major before TI10 convincingly, the Chinese power-house has nearly perfect team-fight execution, and has arguably the best mid-player in the world.

Ever since the Na’Vi glory days were gone, Virtus.pro has been the most prominent team out of the CIS region. They have suffered multiple roster changes through the years, and have consistently stayed at the top of their game. Regarded for their highly aggressive and dominant gameplay style, they became famous for underperforming in high-pressure situations, however, the team has been a household name at The International and has two of the biggest DotA stars of the moment.

The number two team of the North American league, and has won eight events since 2020. Staying behind Evil Geniuses alone, Quincy Crew has ironically bested EG in the matches where they went head-to-head, even if it ranked below on the DPC. The team feels strong but has delivered subpar performances at majors. However, it placed fifth in the AniMajor preceding the TI, and Quinn has been at the top of the NA Leaderboards for a while now, putting them in a good spot entering The International.

China might have the strongest competition of all regions, and Invictus Gamings has displayed strong results inside and outside of China. Coming in fifth at the DPC is a strong indicator of their strength, but their spot at TI was secured by winning a major. Even if their latest display at the AniMajor wasn’t as strong as fans expected Invictus Gamings, has delivered consistent results for the better part of last season, and will surely put up a fight come TI.

The organization already has a very strong presence in esports with its Legendary League of Legends team, however, it struggled to get a firm grasp on the DotA scene, up until their qualification for the Singapore Major. Ever since then the roster focused around upcoming star-player 23savage has shown great potential and gave the greatest teams in the world a run for their money at the AniMajor.

VG is one of the most established names in the DotA 2 competitive scene, and just like in previous years Vici Gaming has delivered solid results. It has made an appearance on both majors, from a run starting at the wild card, while ranking above IG at the Chinese DPC league. A combination of tradition, consistency has landed Vici Gaming at The International, their impact is hard to estimate as they are a fierce competitor, that hasn’t delivered outstanding results, but consistent ones.

Under the leadership of Legendary DotA captain Puppey, Team Secret is one of the most experienced, well-respected, and impressive teams to watch from a strategic standpoint. They had absolutely dominant results in the first half of the season, but after getting invited their performance tanked. Team Secret always comes in as a strong competitor for the Aegis, but every year since its creation it comes in strong, only to deliver a subpar performance.

The last invited Chinese team has had the best run in the DPC of any of its competitors on this list, unfortunately, that success did not translate into an impressive campaign in Major tournaments. Team Aster is coming into TI with the intent to prove they have what it takes to snatch a great placement at TI, while a victory isn’t expected The International is full of surprises and underdog stories.

Once a tour de force team, Alliance had a turbulent 2020-2021 season. The team was involved in some controversy surrounding “cheating” and the team’s owner ex-Hard Carry Jonathan “Loda” Berg has been involved in multiple disputes with personalities from the community. Add to that the fact that the team didn’t snatch one single series win at Majors, and their journey seems unimpressive. Qualifying entirely from DPC points won’t put Alliance in the position to be favorites for the championship, but maybe they will re-write history come October.

Beastcoast is definitely one of the underdogs for the upcoming event. The South-American team has surprised the community in local events, but they suffered terrible losses and delivered awful performances in the last tournaments they played. Getting invited to TI is an accomplishment itself, and that might be enough for Beastcoast, as they join the tournament without great expectations surrounding their performance.

Bluntly speaking Thunder Predator barely snatched a spot at TI, it had to rely on various results and sheer luck on teams not surpassing their 800 DPC points. They had their strokes of brilliance at the ONE Esports Singapore Major, but were unable to qualify to the AniMajor, and placed third in the South American DPC – arguably the easiest of regions. With little information, and displays at large events it is hard to accurately predict their performance, however, any TI team is already at the top of the game, and Thunder Predator has Fear one of the most experienced players as a coach going into the fray.