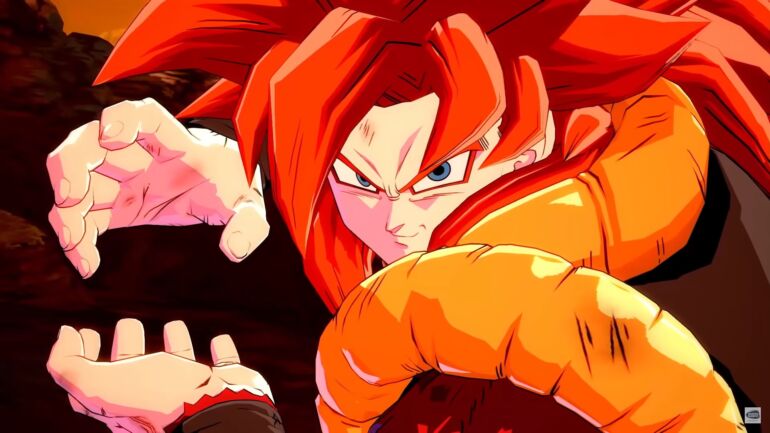 The latest video focuses on the fan-favorite fusion powerhouse character Gogeta SS4. For those who are not familiar with the character, he is the fusion of Vegeta and Goku and then upgraded to Super Saiyan 4, hence the tail and red fur. Also, that makes him totally awesome looking. The footage also includes another fan-favorite song, “Dan Dan Kokoro Hikareteku” and will be added to Dragon Ball FighterZ.

Gogeta SS4’s moveset is pretty wild and quite different from Gogeta SSB (Dragon Ball Super). He is agile, hits hard, and if your hands and fingers are fast enough, can combo your opponents to death with his almost infinite air combos. The developers of Dragon Ball FighterZ must have had a field day creating this character because some fans are already saying he will destroy eSports.

Aside from his almost-cheating combos, his dramatic finish in Dragon Ball FighterZ with Gogeta SSB is quite flashy. Both start trading blow by blow and then start charging up for their ultimate Kamehameha move until the screen explodes when both blasts collide. It is quite a sight to behold.

Dragon Ball FighterZ is now available on PlayStation 4, Xbox One, Nintendo Switch, and PC. Get Gogeta SS4 on March 12 and can be unlocked early with the FighterZ Pass 3. Do you want to main him when he comes out? Some might since he is quite broken.

While you are at it, you might want to check out the previous trailer of Super Baby 2 here. Also in related news, the final DLC for Dragon Ball Z: Kakarot just got announced titled “Trunks: The Warrior of Hope.”