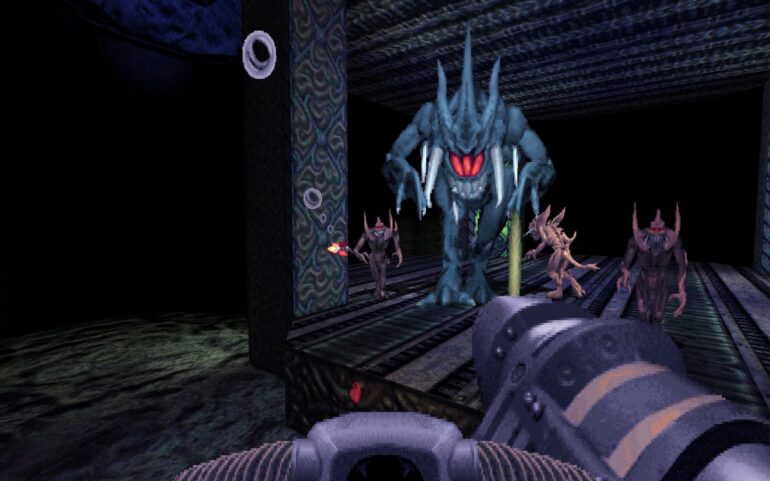 Ahh, Duke Nukem. When I was young, I used to have a PS1, and a friend told me to try this one game out because it involved guns (I’m a big fan of guns) and said it was really “cool”. So after I arrived home, I played the game. To be fairly honest, I was weirded out by how Duke Nukem turned out. I was new to the genre and the game didn’t really give a click on me (also, I was shocked by the hot babes dancing around, sometimes naked, and of the gorish nature of the game). Turns out, the game was just a mere introduction for me to like games with those kind of things within them.

If you are new to this game, here’s a quick summary of it: The world has turned into complete chaos and disarray, and there’s only one guy who can save everyone and every babes — Duke Nukem, your typical macho-man who smokes Cuban cigars that wields big guns (and packs ’em, if you know what I mean), ready to shoot some alien creatures (they look like animals, though) with your flat-top blonde hair and tank-top combined with your camo-pants and hiking boots. Your mission? To save babes and shoot the aliens in the face (sometimes turning them into chunks of pixelated red blobs); and of course, saving more babes. Also, you get to save the world as a bonus, too. 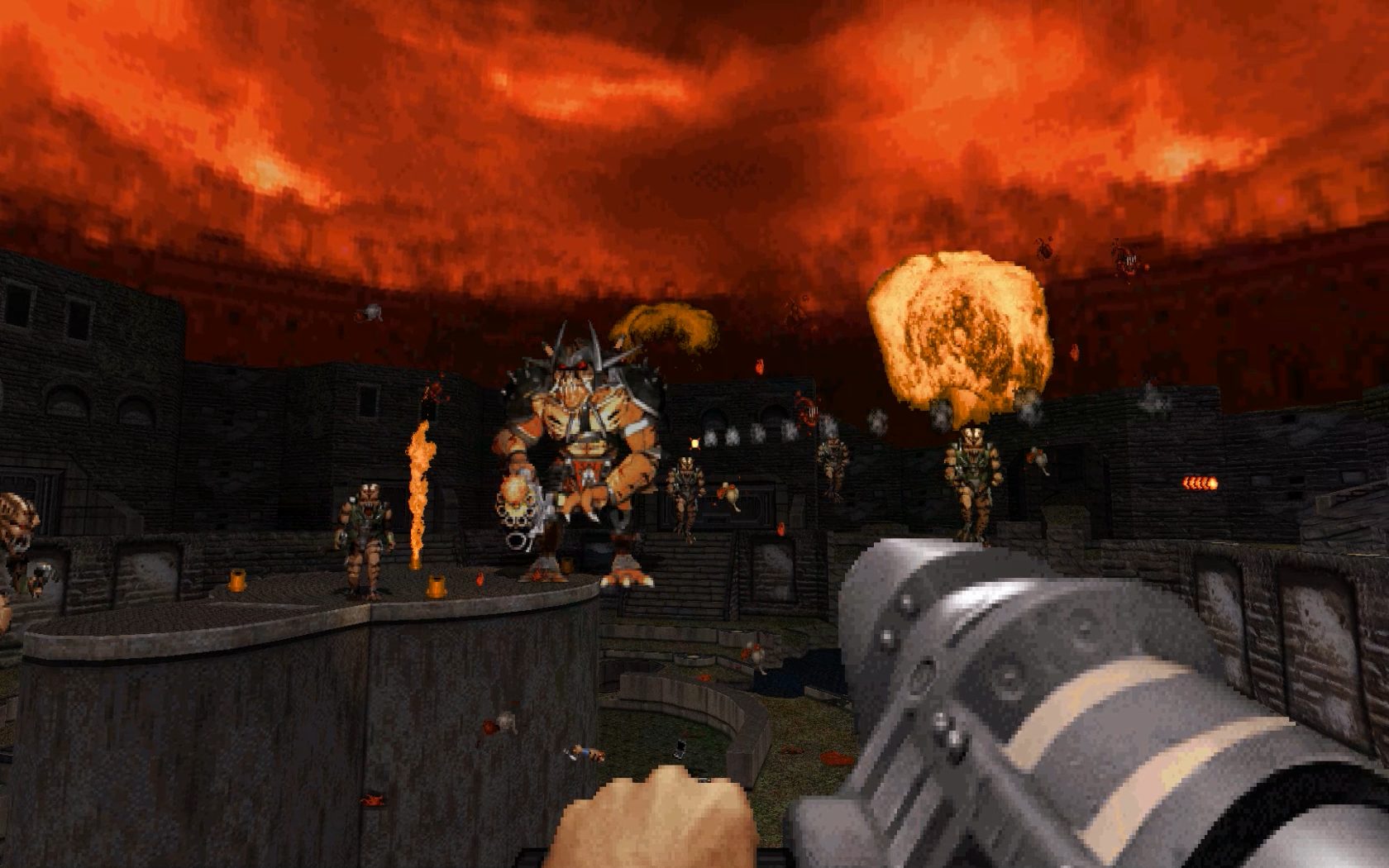 Duke Nukem 3D – 20th Anniversary World Tour is a great game to pass the time. The game was challenging enough, and had lots of improvements since its first release. The graphics may still be pixelated, but I can’t deny the fact that the coloring, lighting and several other architectures in-game has been beautifully retouched — you can freely change the game’s graphics by choosing between the old one and the new one, and you can really spot the differences then and there.

There are a lot of secrets scattered throughout the map. Sometimes they’re easy to spot, sometimes really, really hard. I remember playing this one level where I just randomly went up a building by jumping at the debris on the side which then led me inside a secret passageway (not that surprising, right? The passageway was blocked with the building’s wall, ultimately telling you nothing’s there by how the way it looks since it has a “wall”). Duke’s iconic “Hail to the King, baby” and “Come get some” lines can still, undoubtedly, be heard in-game.

There are several other things that I want to point out in the game (despite the nostalgia the King brings). The mouse sensitivity in-game didn’t work well for me. It has this weird, unsatisfying feeling it brings whether you set it too fast or too slow, or even to your own preference. The maze-like levels the game brings can be really challenging, but can also be really frustrating. 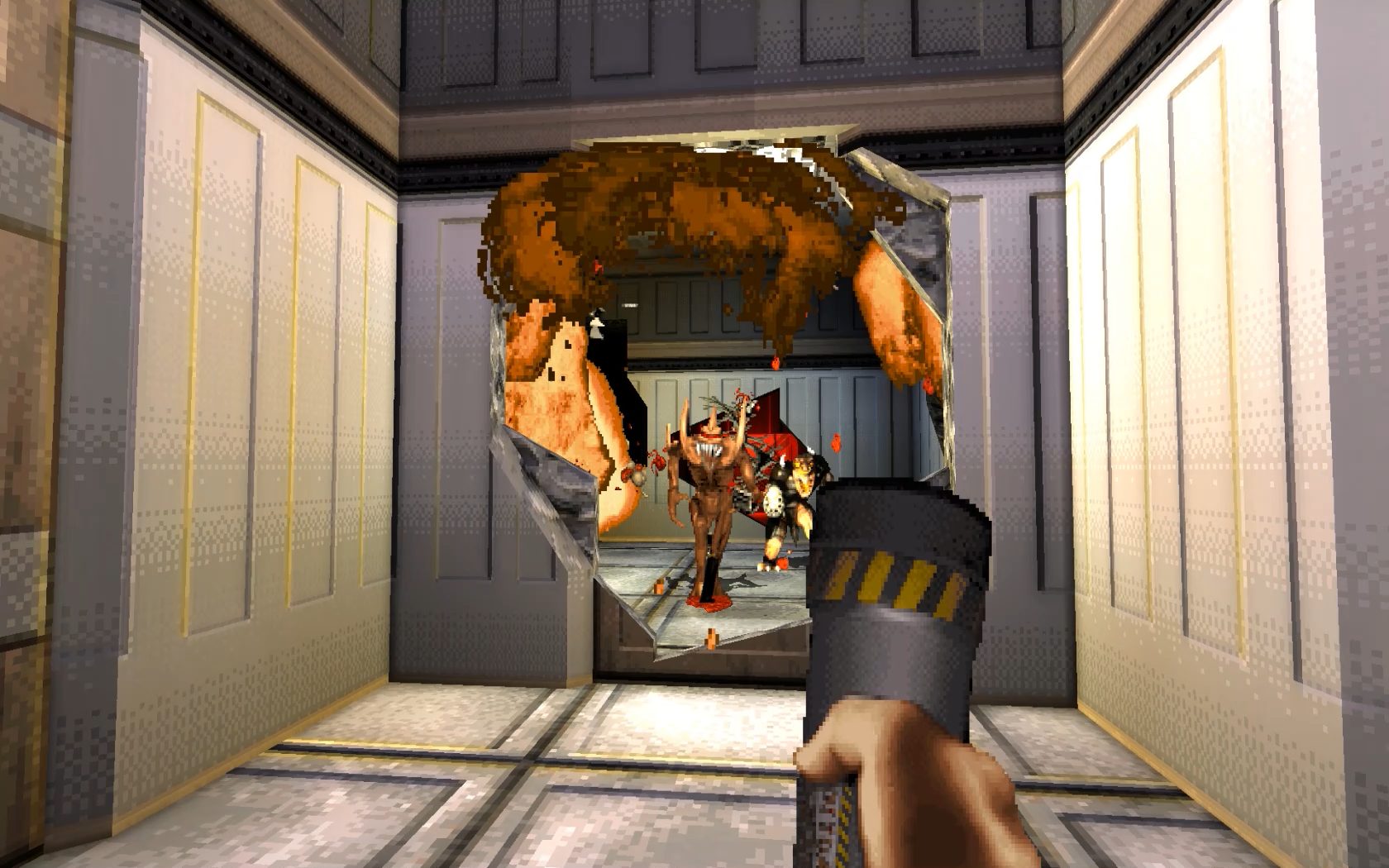 I can’t deny that the games nowadays are losing that bit (the maze-like challenging parts). But I can’t also deny the fact that sometimes the game just makes it too difficult for you to finish. There’s one level where you need to find a secret exit by accidentally stumbling on it, or by going through so much hassle killing aliens just for a measly keycard that lets you open a door… with only handgun ammos in it. I know there are a lot of people who really appreciates a good challenge, but sometimes, too much challenge may lead to frustrations, and it sort of ruins your game mood and experience.

The voice actor Jon St. John has re-recorded all of Duke’s iconic sayings and added a few new ones, which makes it really cool (along with the game’s graphical update). The weapon accuracy in this game can be weird at times. You can’t really snipe an enemy with a pistol without wasting a lot of bullets, so you need to be close to them most of the time so that you won’t waste tons of bullets, and in the process you get shot by them really easily. 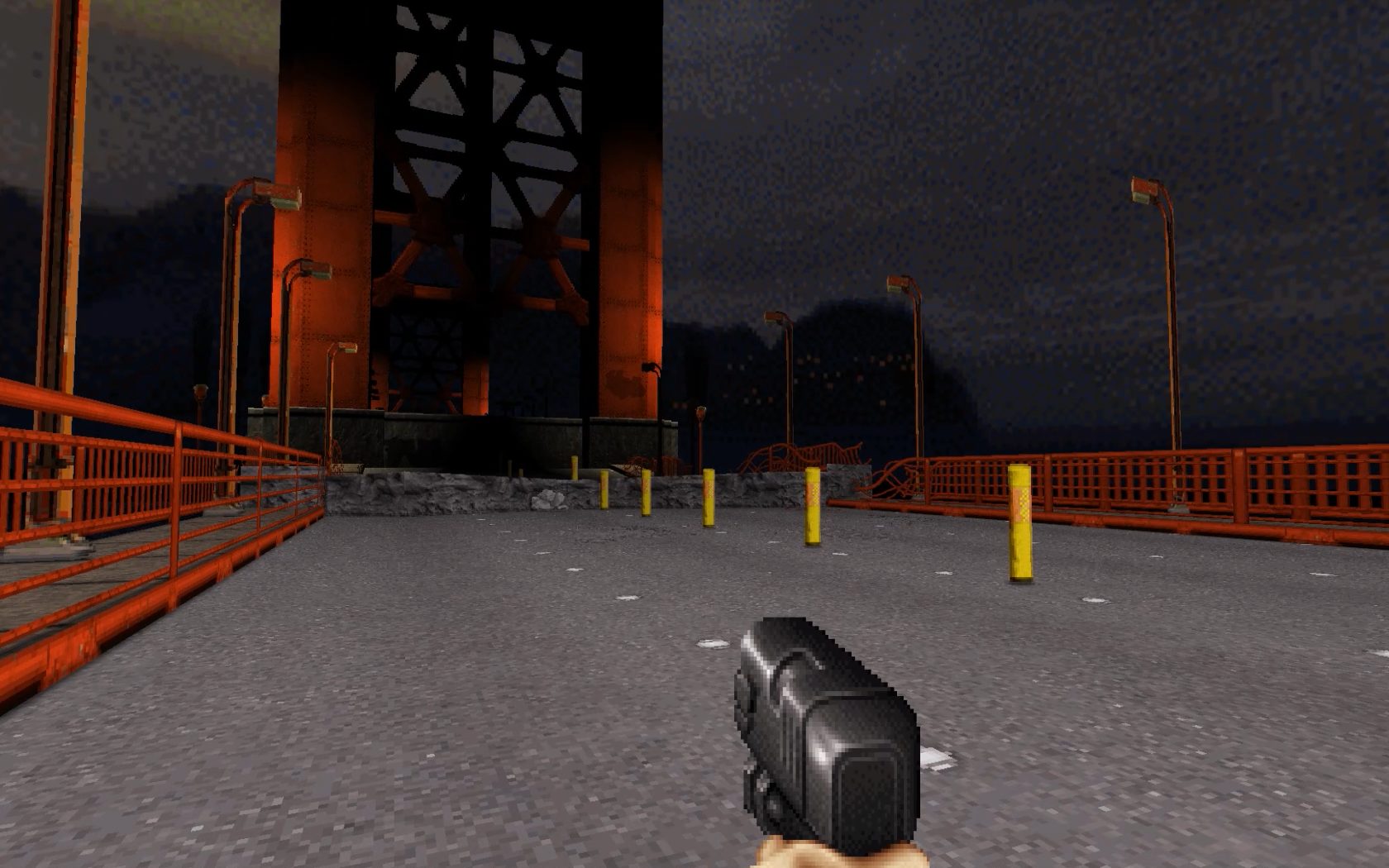 There’s a fifth episode of the game entitled “Alien World Order”, which is entirely new to the game. There’s also the workshop and mod options, which are definitely worth to check out for (I wasn’t really able to check and try these things out since I don’t really make maps for the games that I play that feature this option, and I don’t mod my games, too).

Duke Nukem 3D – 20th Anniversary World Tour was able to give me a good time (and several frustrations), but I can’t say the price for the game is as good as the game itself right now. It’s currently at 10$ on the Steam, which is really not that big, but judging by how the game works I’d say it’d be best if you’d wait for a sale (for about 15%-25% off, I guess). The game is definitely fun and challenging, and can be enjoyed by both the old and new gamers. Well, depends entirely on the genre they like, too.

This review is based a review copy provided by the developers/publisher.