Authority Pack 2 is up! 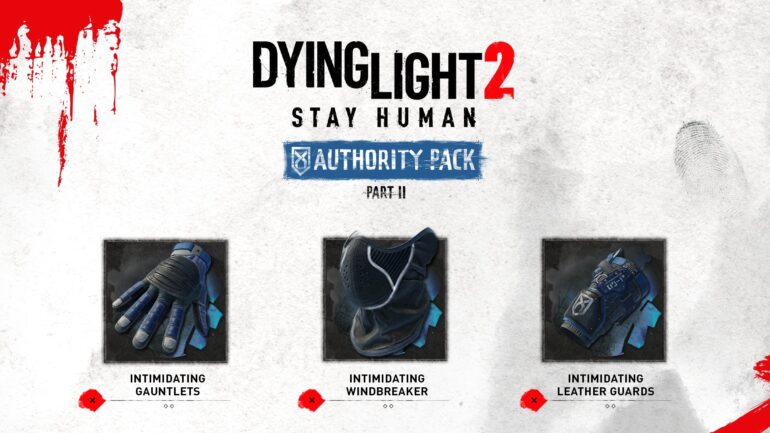 The Authority DLC pack is the first of the many DLC packs that Techland has released recently with more in the future. Last time it was the first batch, which included the Intimidating Jacket, Intimidating Cargo Pants, and Intimidating High-Tops. The second one just went live right now and it offers the following:

Combined with the first batch, players can now equip a whole new outfit from the Authority Pack except the weapon. The last one is the two-handed Authority hammer that will complete the whole Authority DLC. This will be released by tomorrow, February 18, 2022.

The next pack should be the Ronin Pack where players would look somewhat like a Japanese Samurai with some modern clothing in the mix. It is planned to be released later this month.

More DLCs are being planned for release within this year with new set of challenges, events, story DLC, new outfits, and weapons.