Get Steampunk gear and a vehicle with this new bundle! 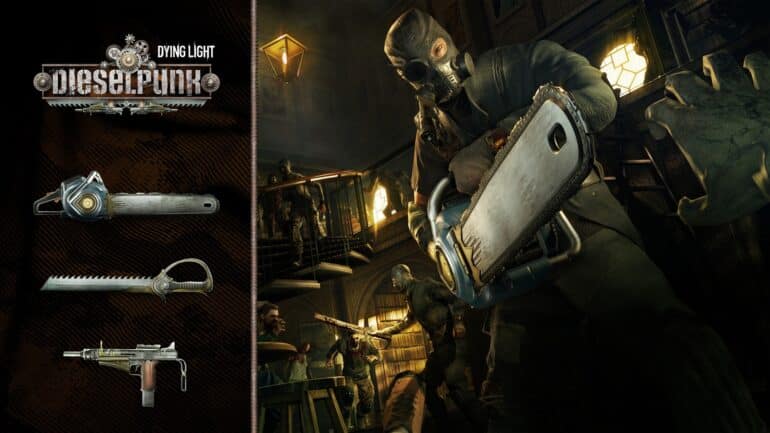 The Dieselpunk DLC offers tons of new content with the theme of Steampunk. It includes a new costume, new melee weapons, a gun, and more.

The first on the list is the Punk D’Beret outfit which includes a full headgear straight out of Steampunk hell, a Steampunk digital clock, and clothes with a leather shoulder strap. Oh, and instead of an eyepatch that would make you look like a pirate, it is a dark goggle glass that covers one eye while the other is bare open. Also the headgear has a gas mask attached.

The second item is a Steampunk chainsaw called the Gut Render. It is just like any other regular chainsaw but with Steampunk designs all over it. Best way to grind on your enemies and the infected.

The third item is a melee sword weapon called the Flesh Ripper. It is some sort of a falchion with Steampunk design, but with a serrated blade instead or a regular one.

The fourth item is the Rugged Roadster, which on the video says “half the gas, double the distance”. It has Steampunk written all over it, and if the description is to be believed, this buggy could be faster on the road and only eats half the gas. It also breathes flames as a weapon. Neat.

Last on the list is the Greaser, which looks to be an Uzi variant, Steampunk style. It fires tons of bullets and can riddle the infected with ease.