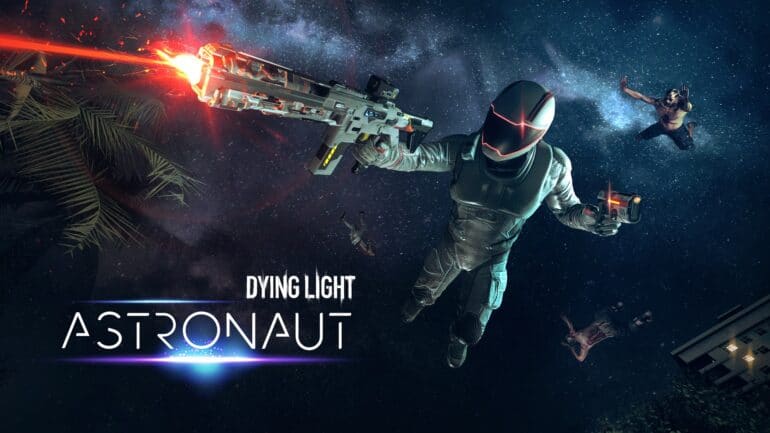 Low Gravity is an event where Harran is being haunted by forces from outer space. Techland also offers the Astronaut pack, which has unique items and skins related to the event.

In Low Gravity, players will have to protect Earth from the invasion and influence of aliens. Some unknown force has modified gravity, which will affect the way players and the opponents behave. Players will jump higher than before, fall much slower, avoid taking damage when falling, and can use the grappling hook to quickly pull them towards a target.

Unfortunately, these unknown forces have also affected the infected. They will also have the same effects like jumping high, fall slower, and will take no damage when falling. If they are near an explosion, it will launch them high into the air.

There are challenges to complete in this new event and for those who win get special rewards. Defeating 100 enemies will earn them the V-27 Chameleon Machete (gold), while in the global event, eliminating 100,000,000 infected will net players 3 King upgrades.

Players will be able to experience the interference of forces from outer space via changes in Harran like finding a crashed alien ship for instance. Low Gravity will end on September 1, 2021 19:00 CEST.

There is also a paid unique package of weapons and skins they can avail called the Astronaut. It can help players in their fight against the invaders from outer space. It includes the Laser rifle called the V-23 Eraser (laser ammo with chance to burn enemies), Stasis pistol the V-40 Suspender (puts enemies in stasis), Machete the V-27 Shifter (changes effects after several consecutive hits), outfit the V-9 Defender Suit (offers fall damage reduction), and the Buggy skin the V-39 Star Rover.

The Astronaut pack is available for purchase starting from $2.99 on PC, Xbox One and PlayStation 4.

Dying Light the Low Gravity event is now available on PC, Xbox One, and PS4.