Dying Light Gets Cross Over Event and Bundle with Rust 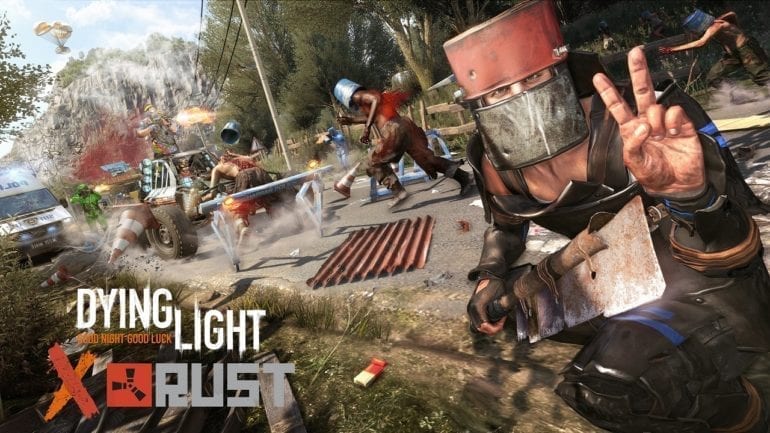 The popular zombie survival video game will be getting a limited in-game crossover event with Rust. And to make it even better, players will be getting a new Free Rust Bundle that will contain skins and weapons that are inspired by the game.

The Rust crossover event will start 7pm CEST April 19 until 7pm CEST April 26 on PC. This will offer new Rust-themed weapons and skins. There are also exclusive rewards that can be earned by participating in-game challenges.

The event will start with all players gaining access to the Free Rust Bundle that includes a Rust-themed Player and Buggy Skins, and a Rust Assault Rifle, Custom SMG, and Salvaged Cleaver. The event will offer players Research Bounties that can be completed by collecting resources to earn the Gold Blueprint upgrades to the Rust weapon set – awards in Local Event. The global Event will offer access to Gold Fire, Gold Freezing and Gold Poison C4 Dockets by hunting down Air drops, raiding two new Rais’ Outposts and eliminating bandits.

Players will get to deploy their new weapons against a lot of new enemies since their presence has increased with this event. This includes both bandits and zombies in Slums and Old Town. There are also Rust Outpost Scientists that will wield assault rifles and SMGs together with the Bucket Helmet Zombie type.