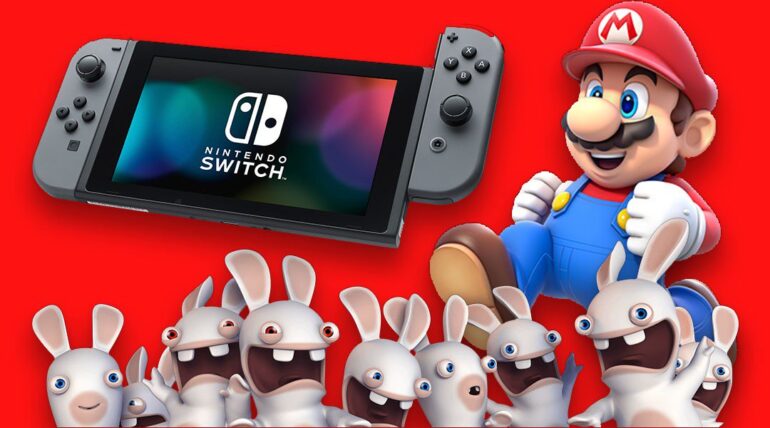 Ubisoft Paris has unveiled their current project, Mario+Rabbids Kingdom Battle, at the Ubisoft’s E3 Press Conference. Xavier Manzanares, the head of its development from Ubisoft Paris, has showed us a glimpse of its gameplay.

In the Mushroom Kingdom, the Rabbids have been teleported to Mario’s world. Showing funny moments where Rabbids wore outfits of the Princess and Luigi. The footage showed a lot of puzzles, exploration and turn-based tactical gameplay similar to XCOM‘s style with cover systems.

There are also rabbid pipes that players can take advantage of to flank and take down the enemies. According to Xavier, there will be more to unlock such as weapons, combos, and even characters when you progress through the game.

We never expected that Rabbids will be invading Mario’s Mushroom Kingdom, but by the looks of its gameplay, it definitely looks enjoyable!