It’s been a couple months now since EA revealed news and trailers about this new third-person Star Wars Visceral game project and everyone was just hoping that there’s going to be some sort of surprise announcement coming out from the team. Now, the team decided to go on a now show for this year’s E3 which is really disappointing and sad to hear but this news actually is favorable for us. 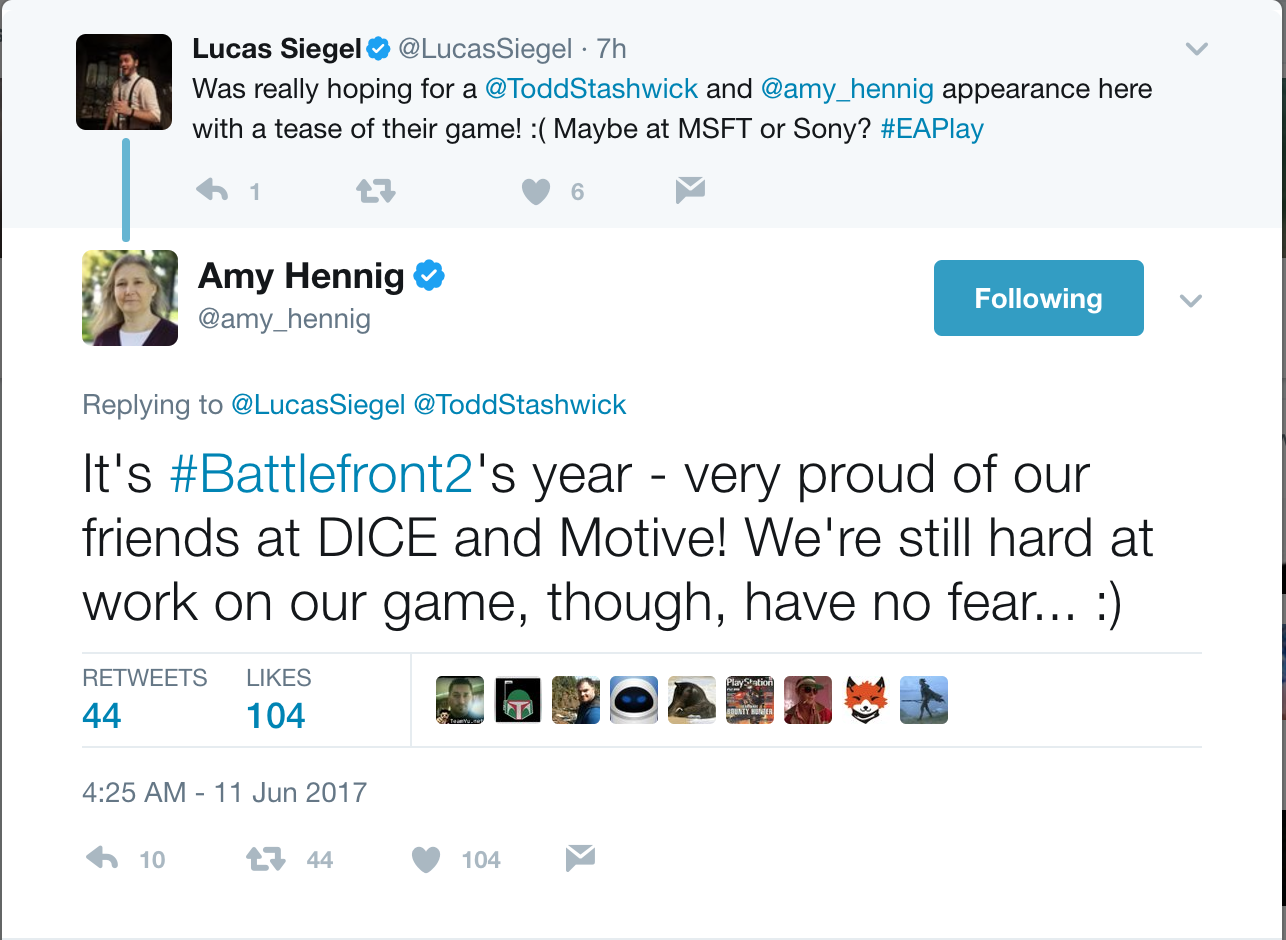 As what Amy Hennig (the Creative Director of this project game) specifically tweeted that the reason for the game’s no show is that this year is going to be a Star Wars Battlefront II year also which co-creator Todd Stashwick immediately reiterated right before posting a link to a 15-second gameplay video from the game. So, this definitely isn’t bad news for us Star Wars fans, this is one hell of a big news, not only did it come from Amy Hennig that we’re really going to be expecting a lot of great stuff from Battlefront II but the fact that they are really taking their time on the game is quite the good news already.

So guys, we all just gotta sit back, relax and enjoy what EA is going to give us this year, for this year might not be the Visceral Star Wars game project’s year but when they’re ready enough to give us the show, they’re really gonna give us one hell of a show.